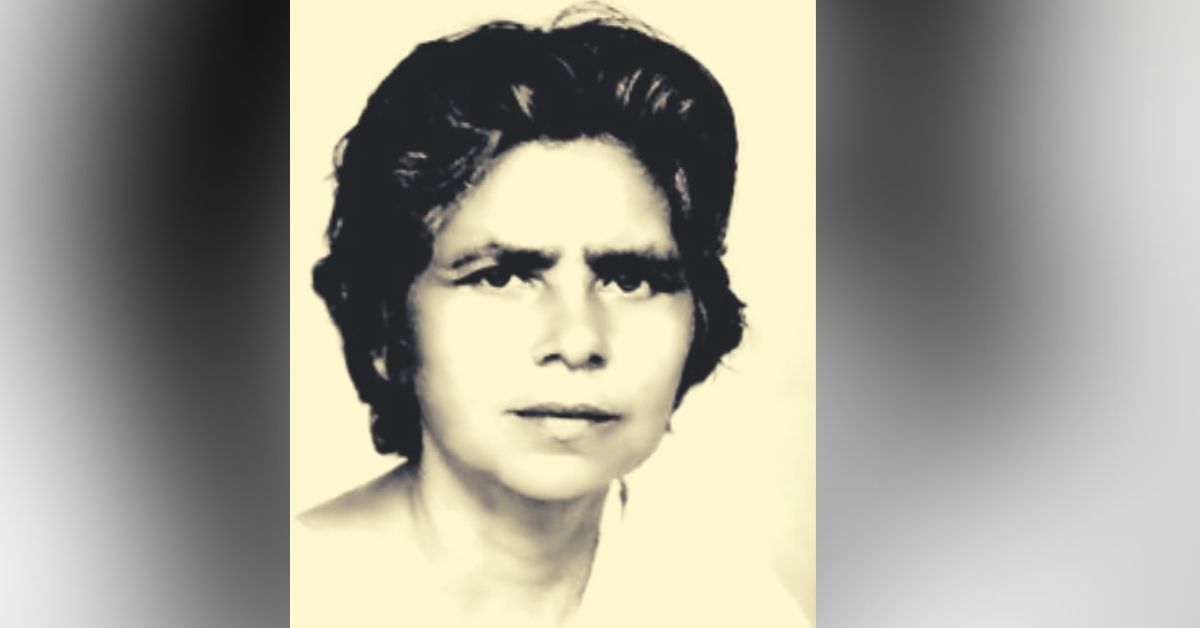 Parbati Giri was just 16 when she fought the British Raj at the forefront of the Quit India. And she didn’t stop serving her country even after Independence, going on to become a guardian angel for orphans and destitute people. #ForgottenHeroes #IndianIndependence

Back in December 2017, the Chief Minister of Odisha had announced the launch of the Rs 7,600 ‘Parbati Giri Mega Lift Irrigation Scheme.’

But, who was Parbati Giri?

Parbati was Gandhian freedom fighter and social reformer, who quit school at the tender age of 11 to battle the British. Following Independence, she took up the path of non-violence and self-reliance and dedicated her life to remarkable social work.

Right from spinning the yarn to dyeing and weaving the final fabric, this Khadi dhoti is a completely handmade product. Check it out on The Better India Shop.

Born on 19 January 1926, into a family of freedom fighters —her uncle was noted Congress leader Ramachandra Giri—Parbati grew up in Samlaipadar village in the present-day Bargarh district of Odisha.

By the time she was born, the spirit of freedom had found its way into the hinterlands of the state, and she was often witness to many meetings, discussions and debates about the freedom movement.

This naturally piqued her interest, and she dropped out of school. When she was 11, senior Congress leaders at a meeting in Samlaipadar requested her father to permit her to campaign for the Congress against the British, and he agreed.

Travelling to various Ashrams, she learnt traditional handicrafts and the Gandhian philosophy of non-violence and self-reliance, among other valuable lessons.

Soon, she began training villagers across the state not only in spinning and weaving khadi but also raising awareness about the freedom struggle.

Her moment, however, came during the Quit India Movement in 1942, for which she campaigned extensively. Despite enduring multiple detentions by the British India authorities, she was often released because of her status as a minor.

Unwilling to stop her fight against the British, she and a group of boys barged into a courtroom in Bargarh, raising anti-government slogans.

“In another incident, Parbati, along with three boys, barged into the Magistrate’s room in his absence. She occupied the Magistrate’s chair, while one of the boys acted as a peon and the other a lawyer. Parbati ordered her aides to bind the Magistrate in ropes and present him before her. The police arrested her immediately, and the fearless freedom fighter was sentenced to two years of imprisonment,” says this profile in INUTH.

Following Independence, she redirected her entire focus towards extensive social work, starting with an ashram for women and orphans called the Kasturba Gandhi Matruniketan at Nrusinghanath and another home for the destitute called Dr Santra Bal Niketan at Birasingh Gar.

Alongside fellow freedom fighter Ramadevi Choudhury, Parbati went from one village to another offering relief to those suffering from the famine in Koraput in 1951.

Going further, she also worked extensively to eradicate leprosy and improve the conditions of jails in rural Odisha.

There is a reason why, even today, leaders in Odisha call her the ‘Mother Teresa’ of Western Odisha. Her dedication to the cause was best expressed by the rejection of a ticket both for Assembly elections and a Rajya Sabha Seat.

For her, life was all about the upliftment of the poor and destitute, and that’s what she did until she breathed her last on 17 August 1995.

What a remarkable life!