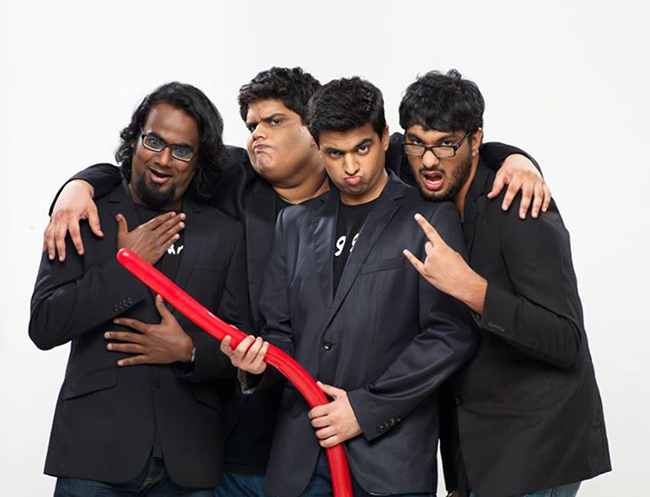 All India Bakchod Knockout. A funny stage show or a gig taken too far? Where to draw the line? Know what our reader Nalin Rai has to say about the whole controversy.

For the uninitiated, Bakchod is a colloquial term from the Hindi heartland and in a stricter sense of terms it means “going on a spree of verbal diarrhea”, that dangerously flirts with the supposed norms of decency, rather veering more towards being indecent and gravitating more towards being vulgar, shot through and through with obscenity and curse words.

No wonder, when the Knockout of AIB happened, who would have thought that it would spin out of control and evolve into the shape of a monster which would be difficult to control once it has been unleashed. It even forced the member of Censor Board Ashok Pandit to resort to vulgarism to perhaps express his rage against whatever happened under the pretext of a comedy show.

Swords have been drawn, and who would blink first is the question. I have a few pertinent questions that this episode has raised in my mind and would like to think aloud in this forum to find out whether the rage against whatever has happened is justified or not!

1. Do the same rules of decency and censorship apply to cyber space?

Argument being brandied about for its continuance comes from the premise that the limits of decency may be proscribed for television and other visual mediums, but it does not govern the cyber space where it was unleashed. Moot point is, cyber space is the place where quite a lot of pornographic stuff is present in myriad dimensions. But when it gets a celebrity endorsement of the likes of a Karan Johar, an Arjun Kapoor and a Ranveer Singh then it does not leave any argument for advocating norms of decency in the public space.

2. Does it directly leads to a denigration in the status of women in the society?

For the likes of Aliya Bhatt, Sonakshi Sinha, Soni Razdan etc., sitting in the arena and laughing their heart out, they have to think whether the jokes that they are endorsing at the knockout, would they find them as funny in a public space too?

Read The Counter View Here: MY VIEW: 5 Reasons Why I Support The #AIBRoast

3. Is it always easier to become popular by making vulgar and crass jokes than by being chivalrous and decent?

And Karan Johar and his ilk have been flirting dangerously between decency and indecency through various programmes and shows and their acts of omission and commission could lead to dangerous consequences for the society, after all the norm that – entertainment ke liye kuch bhee karega has its limits.

4. Is it right to unleash anything on the internet and then ask the government to look the other way?

When one talks of freedom of the cyber space and makes a plea to the government to have a relook into Section 66 A of the Cyber Act, and on the other hand they unleash events of such kinds for the sake of eyeballs and revenue eventually, it indeed provides an opportunity for the government to use the powers vested in it, to come down heavily on such incidents.

Why resort to such gimmicks only for the sake of publicity? After all a Karan Johar, a Ranveer Singh, or for that matter an Arjun Kapoor are not in such dire straits that they need to indulge in such kinds of gimmicks that veers around the sexual innuendos, more so related to the male virility or otherwise.

Read The Counter View Here: MY VIEW: 5 Reasons Why I Support The #AIBRoast