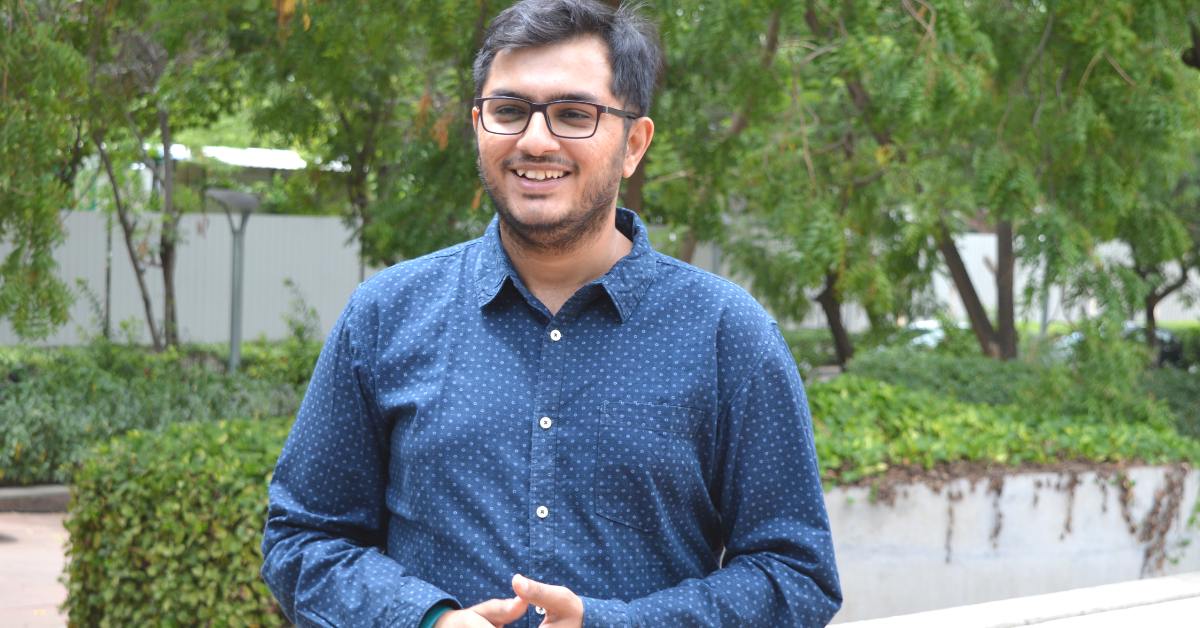 What started with four people today has a strong team of 10 members. Mikul says, “Everything fell into place; it was almost like this is how it was all meant to be.”

Have you ever made a donation of some kind—money, books, blood, or maybe food?

What if you could also donate your time for a noble cause? Would you be intrigued and willing to do so?

Mikul Patel and his team have devised a way by which you can donate as much time as you can, from 5 minutes to 50 hours of your time listening to people who may be suffering from depression or just need someone to hear them out.

At times when I feel terribly low, I turn to eating chocolates and the King Chilli Artisan Chocolate sure helps in elevating my mood. You can order yours here.

We, at The Better India, caught up with Mikul to understand why he started a mental health initiative he calls Moodcafe, how it has panned out, and what exactly it is that they do.

The year was 2015, and Mikul was a 21-year-old studying in IIT-Roorkee. “A classmate tried to commit suicide, and I happened to be one of the first to read the note that he had left behind. It shook me; I had never seen anything like this. I did not even know that he was going through any mental health issues, given how outwardly jovial and happy he was as an individual,” he recalls.

While his friend survived the attempt, Mikul was shaken enough to begin educating himself about depression.

“Over time, I started researching and finding out as much as I could about mental health issues. I also found out that almost 8 out of my 10 friends were going through some mental issue that no one had figured out or put a finger on.”

The trigger, which got him thinking in 2015, finally saw fruition in 2017, when he was a student at IIM Ahmedabad, and Moodcafe came into being.

What started with four people today has a strong team of 10 members. Mikul says, “Everything fell into place; it was almost like this is how it was all meant to be.”

Moodcafe is a funded mental health-based startup by alumni of IIM Ahmedabad and IIT Roorkee. While Mikul and Rahul Ratan Mirdha are co-founders, Poonam Malpani is the head psychologist, and Heli Patel is the Digital Marketing Lead.

It aims to bring a new-age empathetic, caring approach to mental health and well being by using technology and research-driven trends of psychology, counselling, therapies, artificial intelligence and innovative reach out strategies.

Mikul says, “Leveraging technology we have come up with an app, which is available for android users. The biggest USP of this is the anonymity that it offers, which means once downloaded, the app does not ask for any details from the person using it.”

If required, as per the case, the listeners can suggest the users to go through Self-Help Resources, take counselling with experts or call up free 24×7 suicide helpline (Moodcafe has partnered with Jeevan Aastha and Vandrevala Foundation for the same).

A user who has requested to stay unnamed says to me,

“I am 22, and a few months ago, I found myself to be rather depressed. I found it difficult to speak to my parents, and even friends and some things were eating me up from within. It was a friend who mentioned this app (Moodcafe) to me, and on a whim, I decided to download it.”

The user, in all honesty, adds, “I was sceptical when I downloaded the app and wasn’t sure what the outcome would be. The best part about it was the anonymity it offered to me. I will be lying if I said I was not scared, but just the manner in which the listener was empathising with me got me talking. The first time I used it, I ended up having a conversation with a listener for almost two hours, in which I shared my deepest darkest secrets.”

They go on to tell me that it was for the first time in a very long time that they had a good sleep that night. Just having someone to listen to them and not ask any prodding questions made it all so much simpler.

Mikul says that while brainstorming about what they could do next, they came up with the idea of a Time donation camp. This was conducted on 15th of June, 2019 at SSIP iHUB, Knowledge Consortium of Gujarat, Navrangpura, Ahmedabad.

Speaking about what it is all about, Mikul says, “The idea of this camp was to invite people from both the ends of the spectrum—the problem sharers and the listeners—and the people on the listening end had to hear out the problems of the people who were willing to share and provide apt solutions and alternative perspectives to deal with their situations.”

“All of us then took a pledge to understand the vitality of listening and be all ears to people who are going through a low phase.”

I spoke to 26-year-old Ashish, one of the listeners who had this to say, “I have been a listener for over four months now and the initial motivation was to just be there for people and hear them out. I give up to 4 hours a week and usually do this at night.” When asked if he got any training for the same, he says, “Yes, there is a training module that one has to go through and once done we can become a listener.”

So how does one become a listener and what training do they undergo, I ask Mikul.

“Our screening process is rather stringent, and so far, only 1/3rd of them have made the cut. The listener needs to throw reflective questions to the user and not give any suggestion or ask questions,” he says.

Post this, a video call is conducted with the psychologist, which in a way also assesses whether or not the person can be on-boarded as a listener.

When asked about the kind of impact that this platform has managed to create, Mikul claims that while the team does not collect any data from the users, they have been successful in stopping five suicide attempts, and helped several more.

“Given the number of users who have logged in and downloaded the app, we can say that we have helped around 5000 plus individuals who have shared concerns with us on the platform and this was done by around 70 trained listeners.”

Sometimes all we need is someone who can listen to us and yet because of busy schedules, time is the one thing that we might not be able to give.

In such a scenario, a platform like this where there is someone just to hear you out is the need of the hour.