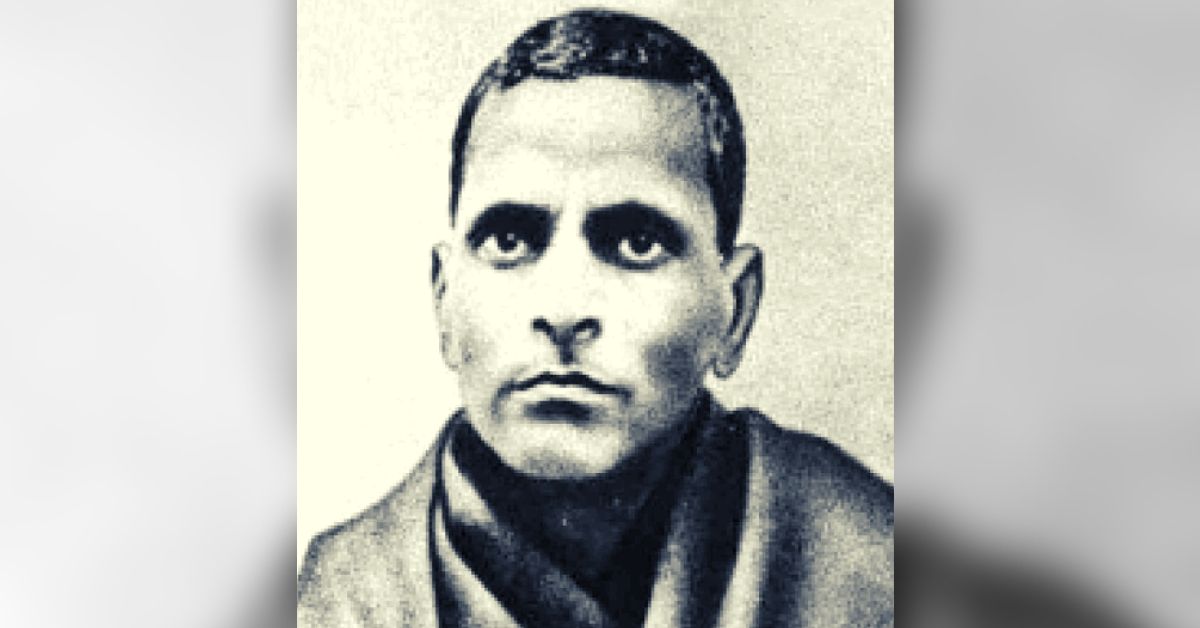 “India would have attained Independence long back, if only it had a few stalwarts like him,” once said Mahatma Gandhi, referring to Potti Sriramulu.

“India would have attained Independence long back, if only it had a few stalwarts like him,” once remarked Mahatma Gandhi for the legendary freedom fighter Potti Sriramulu who sacrificed his life for the creation of Andhra Pradesh.

Born on 16 March 1901, in Madras (Chennai), Sriramulu spent his formative years in the city his family had made home after moving from their native Guntur district. After completing his diploma in Sanitary Engineering from the Victoria Jubilee Technical Institute in Bombay (Mumbai), he worked in the Great Indian Peninsular Railway for a salary of Rs 250 per month.

Click here to buy eco-friendly jute gift bags made by a group of skilled women artisans from rural Andhra Pradesh.

Despite a relatively comfortable life, Sriramulu was deeply immersed in the freedom struggle, but a series of personal tragedies drove him to leave behind material pursuits. In 1928, his wife died during childbirth, and a few days later, so did his child. Following the passing of his mother, Sriramulu gave up his government job in 1930 to join Gandhi’s Salt Satyagraha for which he was imprisoned. He would go onto play an active role in the Quit India Movement in 1942 and was jailed alongside Gandhi.

An ardent follower of Gandhi, Sriramulu took his call to serve India’s villages where most of the country lived and to that end, he joined the Gandhi Ashram set up by Yerneni Subrahmanyam near Komaravolu village in Krishna district.

In a hagiographic study on Sriramulu published by the “Committee for History of Andhra Movement”, this was written on his relationship with Gandhi:

“Sriramulu’s stay at Sabarmati was epoch-making. For here was a seeker full of love and humility, all service and all sacrifice for his fellow-humanity; and here also was a guru, the world-teacher, equally full of affection, truth, ahimsa and kinship with Daridra Narayana or the suffering poor. While at Sabarmati, Sreeramulu … did his tasks with cheer and devotion, and won the affection of the inmates and the approbation of the Kulapati (Gandhi).”

However, Sriramulu was his own man as well. Besides fighting for India’s freedom, he also took up the cause for greater social and economic emancipation of the Dalit community. While other Congressmen were focussed on breaking free from the British, Sriramulu undertook a fast unto death demanding that all temples in the Madras Province be open to the Dalit community. He continued the fast until Gandhi persuaded him to break it.

Following Gandhi’s death, however, Sriramulu took up the cause for a separate state for Telugu-speaking areas. Although the movement for a separate Telugu-speaking state goes way back to the early 1910s, it was on 15 August 1951 when Congressman Swami Sitaram launched a fast-unto-death for the creation of a separate Andhra state. For 35 days, the Central government did nothing until Acharya Vinoba Bhave warned Prime Minister, Jawaharlal Nehru of the potential consequences, if these demands were not met. Both leaders eventually met Sitaram and promised the creation of Andhra Pradesh. Unfortunately, this promise never materialised because Nehru was strongly against the idea of creating states along linguistic lines.

Another figure opposed to the idea was Chief Minister of the erstwhile Madras Province, C Rajagopalachari. Moreover, both leaders clearly stated that if a state was indeed created the city of Madras (Chennai) will never become a part of it.

On 22 May 1952, Nehru told the Parliament: “Personally, I would look upon anything that did not help this process of consolidation as undesirable. Even though the formation of linguistic provinces may be desirable in some cases, this would obviously be the wrong time. When the right time comes, let us have them by all means.”

However, as Professor KV Narayana Rao once wrote, “This attitude of Nehru appeared too vague and evasive to the Andhras. Nobody knew what the right time was and when it would come.” Unsatisfied by the Centre’s response, Sriramulu began his fast-unto-death for a separate Andhra state on 19 October 1952.

For the first six weeks of his fast, both Nehru and Rajaji were unconcerned by the fast. However, the law and order situation began to deteriorate with hartals in many towns and angry mobs destroying public property. Nehru eventually ceded to their demands and wrote to Rajaji on 12 December, asking him to accept the demand for a different state. However, there was a delay in issuing the formal announcement, leaving Sriramulu to fast for a few more days till he tragically passed away on 15 December 1952. He had fasted for an astounding 58 days.

His death caused a furore.

“The news spread like wildfire and created an uproar among the people in far off places like Vizianagaram, Visakhapatnam, Vijayawada, Eluru, Guntur, Tenali, Ongole and Nellore. Seven people were killed in police firing in Anakapalle and Vijayawada. The popular agitation continued for three to four days disrupting normal life in Madras and Andhra regions. On 19 December 1952, Nehru agreed to grant statehood to Andhras,” says The Hindu.

After his death, the Telugu-speaking area of Andhra State was carved out of Madras State on 1 October 1953 with Kurnool as its capital city. More than three years later, on 1 November 1956, Andhra Pradesh came into existence with Hyderabad as its capital.

Historian Ramachandra Guha best describes Sriramulu’s legacy which, in many ways, shaped modern India: “Sadly, outside Andhra, he is a forgotten figure now. This is a pity, for Sriramulu had a more-than-minor impact on history, as well as geography of our country. For his fast and its aftermath were to spark off a wholesale redrawing of the map of India according to linguistic lines. The Andhras might even claim that Potti Sriramulu was the Mercator of India.”

Also Read: Senapati Bapat, The Unsung Compatriot of Gandhi & Bose Who Forged His Own Path