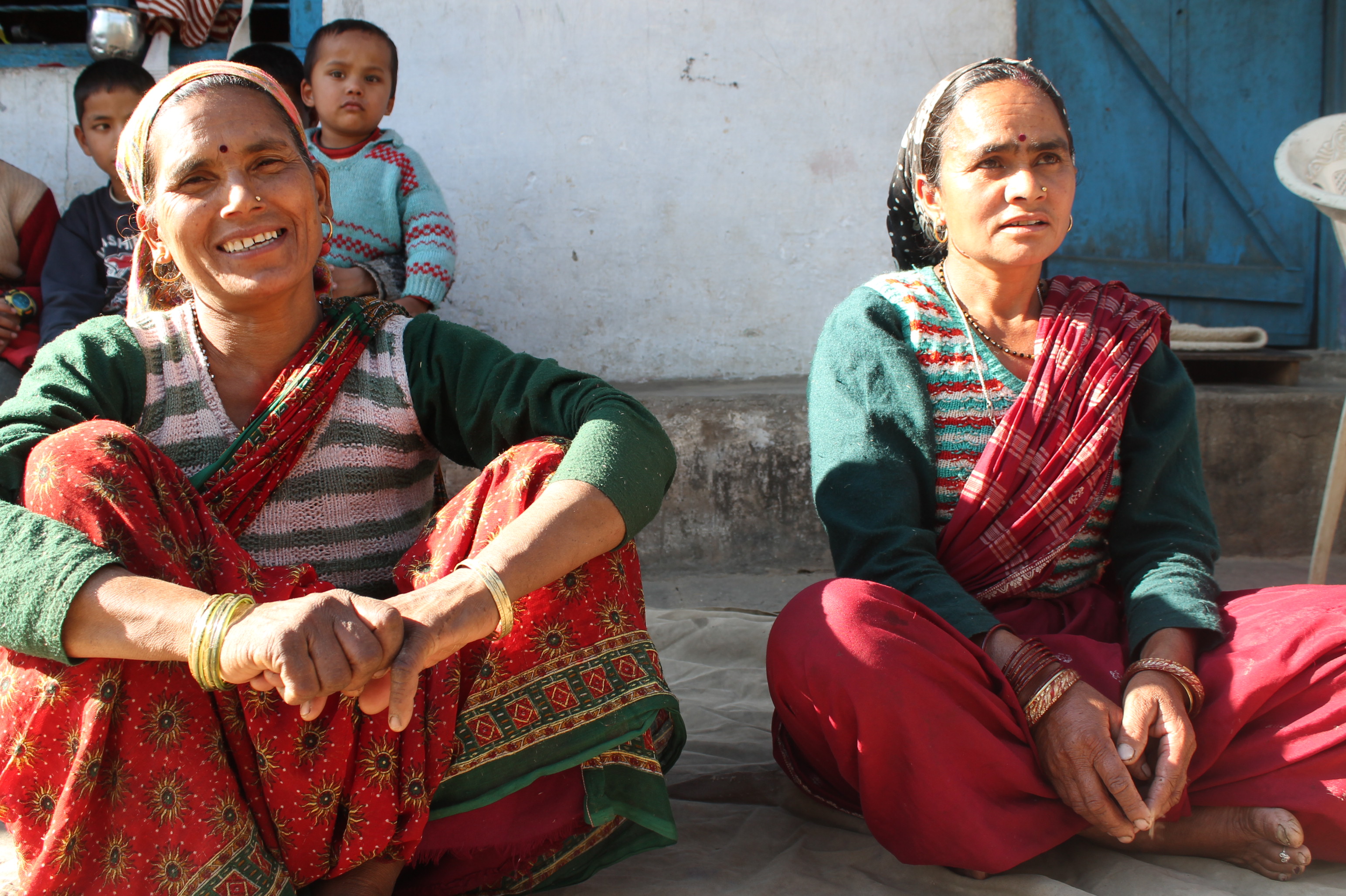 Expensive equipments and many important furniture and documents of Rajkiya Intercollege in Uttarakhand would have been destroyed in the flash floods had women from a nearby village not rescued them in time. (Credit: Chetna Verma\WFS)
Promotion

When severe floods hit Uttarakhand in June 2013, these brave women came together and saved the most important property of their village – the school. Without expecting anything in return, they faced several injuries but made sure that the future of their children was secured.

Studies of the major natural disasters of the decade indicate that in India, women have no technical knowledge of disasters in general. In fact, their participation in planning, designing, implementing and monitoring emergency programmes and rehabilitation projects is still just restricted to tokenism. The truth is that they continue to be largely seen as victims of disasters and little else.

“There can be no disputing the fact that we are the worst affected as we are the ones to face the social impacts of natural disasters. We cannot help it, given our lower economic, social and political status. But that is not all. What we do, or have done, during disasters often gets neglected or sidelined as the focus remains on our vulnerability,” remarks Asha Devi, 42, who hails from the Garhwal region of the hill state of Uttarakhand, which saw massive destruction consequent to the cloudburst and flash floods that happened in June 2013, affecting Rudraprayag, Chamoli, Uttarkashi and Pithoragarh districts.

The middle-aged woman gets visibly annoyed and anguished when women are always portrayed as the victims – and she has good reason to feel that way.

In mid-June 2013 when the angry waters wiped out entire settlements along the mountainside, women from her village, Sumari Bhardhar in Jekholi Block of Rudrprayag district, had put their fears aside and come together to save the expensive equipment, furniture and documents of the Rajkiya Inter college at Tilak Nagar located at the hilltop about a kilometre away from their village.

“We knew the building would collapse as the flood waters were incessant and powerful. I was worried about the critical infrastructure, like desks and cupboards, as well as the documents in the institution. This school had started after years of effort so how could we jeopardise it. Our future, too, was linked to it. That is why 80 village women joined in my efforts to save whatever we could,” recalls Asha Devi.

Despite being illiterate, the women knew the importance of quality education and were clearly determined to save what they could of the school’s valuable equipment, even in the face of great adversity.

“That day is still fresh in my memory. We had created a trail of only women and children, as the men were busy trying to salvage what they could in our agricultural fields. We carried heavy desks, tables and cupboards down the hill,” recalls Shiv Devi, who was one of the 80 women who risked their personal safety to save the school.

Many of them were injured in the process as the track was dangerously slippery and it was difficult to maintain their balance on the downward slope with the heavy load on their backs.

There were nearly a thousand articles that they managed to save, including tables, desks, cupboards and other important things.

“We put our lives at stake to save the school. At that crucial juncture none of us thought that we should take photographs as proof of what we were doing,” states Asha Devi.

There is a hint of disappointment in her voice as she goes on to talk about how during the weeks that followed the calamity several print and television reporters looking for stories of courage came to speak to them and recorded her statement. However, eventually, there was no mention of them or their incredible achievement anywhere.

“Of course, we had not done it for a pat on the back. We did it to save the future of our children. But when these reporters came to us and spent so much time talking to us, we felt this was a great opportunity to visiblise hill women’s determined efforts to make a difference. However, when they told us to produce some photographs of our work, we were really disheartened. Tell me, in such trying circumstance, who remembers to take pictures. I guess this is why the role we played during the disaster went entirely unnoticed,” shares Asha Devi.

The women of Sumari Bhardhar stored the furniture in their homes, sheds and fields and tried to save it from the deluge as far as possible. “After the rain stopped and people started to rebuild their lives, we returned every single thing to the school administration,” says Pushpa Devi, another member of Asha Devi’s band of bravehearts.

Sadly, they did not get any appreciation from the school administration or the state Education Department either.

“The school building has been rebuilt on the land donated by villagers and they are using the same goods we had helped rescue. Someone had told me that the Shikhsha Vibhag (Education Department) has given teachers a total of Rs 40,000 but how the funds have been used I really do not know,” wonders Asha Devi.

Her team and she have proved that in spite of being physically weaker than the men, the tremendous willpower and intelligence women have comes in handy during emergencies when the need of the hour is to think on your feet.

And how do they manage to adjust to changes and lessen their pressure? “See, these things [unpredictable weather conditions] are not in our hands. Whatever the change, we try and adapt to it. For example, we have to travel fairly long distances to cut grass for our cattle. If we want milk from our livestock, we have to take the pain. But that doesn’t mean we can’t celebrate our work. When we are in the field, we chat up with other groups of women cutting grass in the vicinity. We make up songs while doing so to lighten the mood,” giggles Pushpa Devi.

On a more serious note Asha Devi adds, “It was very important to not only overcome this nightmare for the sake of our own peace of mind but we also need to help others in continuing with their lives with some semblance of normalcy. Of the 800 people missing from Uttarakhand, 200 were from just one cluster of 50 villages that comes under our block.”

These pahari (mountain) women have shown that despite being most vulnerable, they know how to respond to grim situations whether as saviours during times of disaster or as those who bring happiness back into people’s lives. They certainly must not be seen merely as victims.