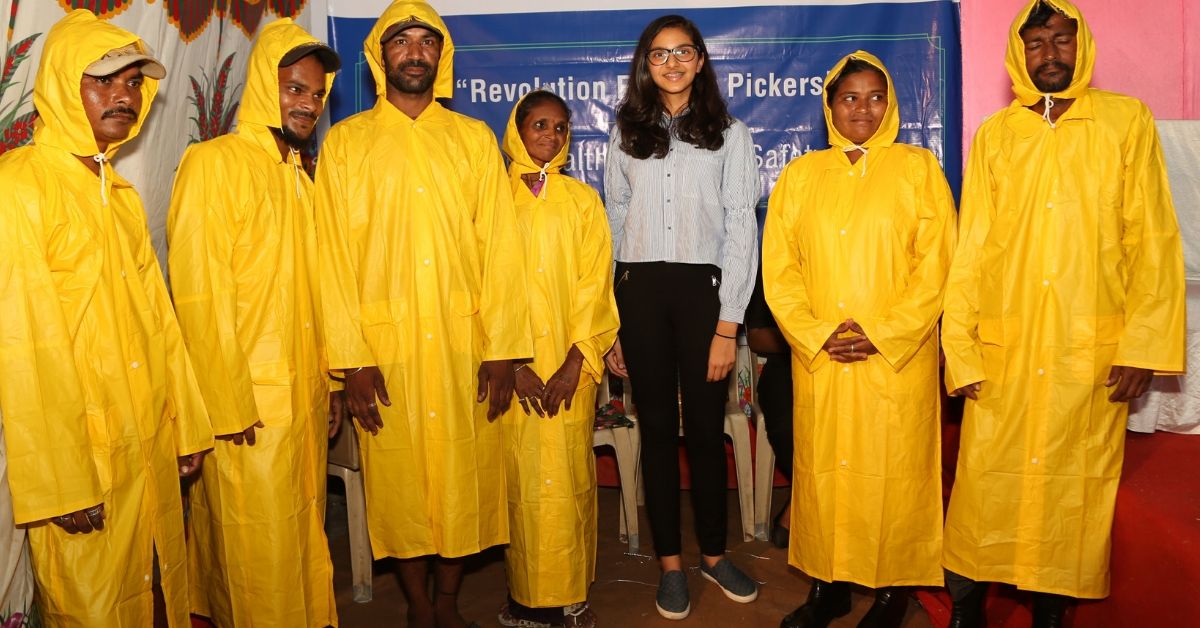 Torrential rains have left waste pickers in Mumbai rummaging through garbage in ankle-deep water. And 15-year-old Sanjana’s simple gesture is stopping them from being exposed to severe health risks. You are our hero, Sanjana!

The deplorable operating conditions of ragpickers in India has been a topic of concern, for quite some time now.

The country has a massive reserve of ragpickers, and according to reports, their numbers are estimated to be between 1.5 million and 4 million.

Even though they play a critical role in managing India’s waste, and often put their lives at risk, they are unrecognised, unpaid and regularly exposed to infections and diseases.

Without any safety equipment like masks and gloves, they rummage through the garbage accumulated on streets and landfills. The situation only gets worse during the monsoons when they collect garbage in ankle-deep water, often exposing themselves to diseases like malaria, dengue, stomach infections, diarrhoea, typhoid and pneumonia.

While most of us turn a blind eye to the dismal state of affairs, a teenager from Mumbai took it upon herself to make a difference.

Two months ago, Sanjana Runwal, a student of Bombay Scottish School, was walking home when she saw a couple of people entering an open sewage drain without gloves and masks.

Sanjana turned to the internet to educate herself about ragpickers and India’s informal sector and eventually made up her mind to help them.

Another reason why Sanjana understood the plight of ragpickers was thanks to her brother, Siddharth’s NGO Clean-Up Foundation, which works towards solving several social issues, one of them being providing clean drinking water to the waste pickers.

She took help from the NGO and launched a fundraising campaign.

Most ragpickers barely have proper housing facilities, and during the monsoon, their dwellings fill up with water, exposing them to more health risks. Due to insufficient education, they do not even realise the extent of health issues and prefer treating themselves at home instead of visiting a doctor. Giving them basic facilities was the least I could do from my end.

Sanjana’s family has always been involved in empowering the oppressed. Following in their footsteps, in 2018, she had successfully raised Rs 80,000 to provide prosthetic limbs to people who had lost them to accidents, disease and birth deformities in Maharashtra’s Vidarbha region.

The social media platforms worked like magic; so many people contributed selflessly. This instilled the confidence in me to use the crowdfunding platform to help people in the future, says the Class X student.

Sanjana raised enough money to purchase raincoats and gum boots for 200 workers within two weeks. This free safety equipment was distributed to over 200 ragpickers across Mumbai in an event held on 27 May 2019, at the Bandra office of the BMC. 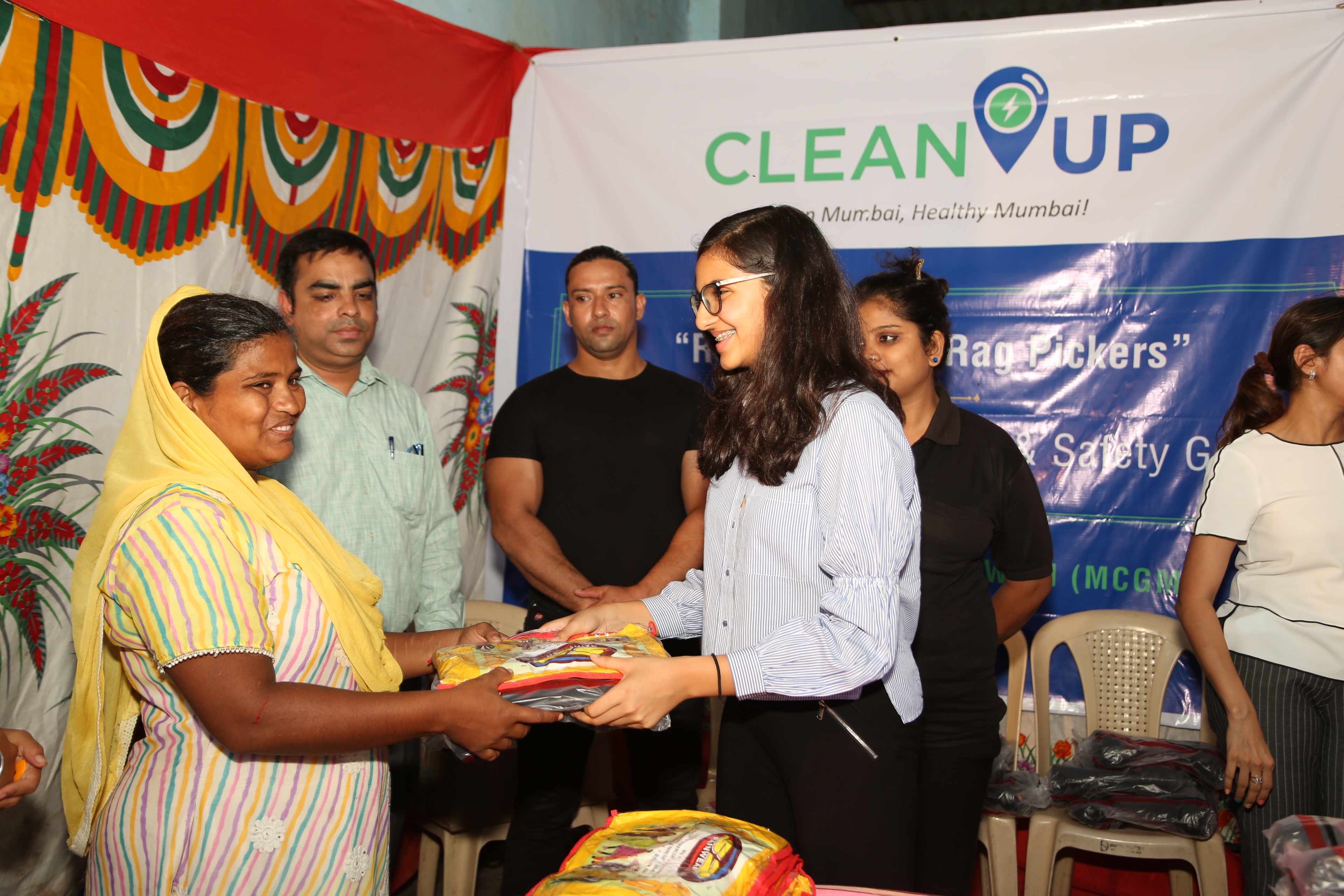 The success of this drive can be attributed to the donors as well as Chandrakanth Tambe, the BMC ward officer who helped me to identify ragpickers and fulfil other legal formalities, says Sanjana.

Seeing the positive outcome of the event, she is now working towards providing medical insurance to ragpickers.

Since Siddharth is currently pursuing his studies in the United States, Sanjana has become more active in the NGO. She is trying her best to strike a balance between her studies and the cause.

I want to work for the welfare of ragpickers across the country, and at the same time, I have to ensure that my education is not compromised. I dedicate around an hour every day to the NGO and most of my weekends are spent at the office. My family has been extremely supportive throughout, she says.

Sanjana’s selfless efforts are a reminder to each one of us to pause for a moment, look around the issues that prevail in our society and contribute in whichever way we can.

You can help Sanjana Runwal and Clean-Up Foundation here.

Also Read: Mumbai Rains: Driving on Flooded Roads? Here’s What To Do To Stay Safe!