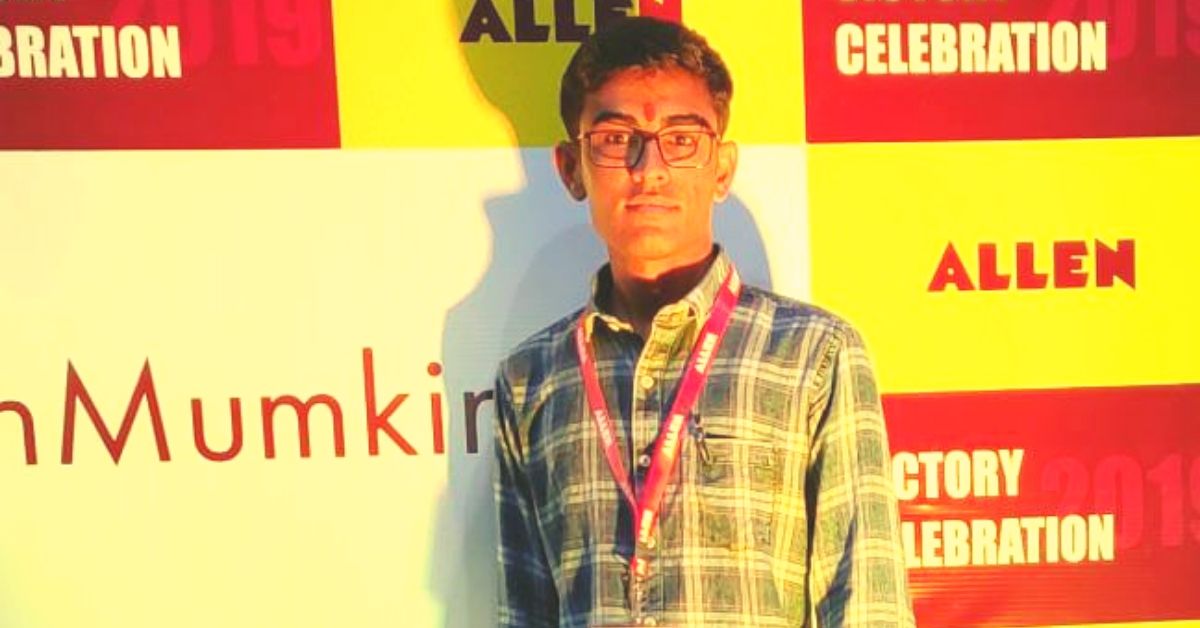 Struggling to meet ends, Jodharam Patel’s father gave him an ultimatum—either score above 70 per cent in boards to secure a stable job or move to Mumbai and work as a labourer. Here’s how he wrote his own fate.

On June 5, celebrations in Dedawas ka Goliya, a remote village in Barmer district of Rajasthan, refused to die down even as the day ended.

However, nine years ago, the situation in Patel’s family was completely different.

Struggling to meet ends, Patel gave Jodharam an ultimatum in 2010—either score above 70 per cent in the boards to secure a stable job or move to Mumbai and work as a labourer. He didn’t want his son to continue with farming.

Though the young man had no plans regarding his profession, he wanted to attend college instead of just leaving his fate to his father’s will.

Two years later, in 2012, when he scored 65 per cent, he knew there was a very tiny possibility of his father allowing him to continue his studies.

My brother Mevaram was the only one who believed in me and was of the opinion that I was not wasting my time by studying. Our neighbours, relatives, and even my mom told me to get a job and financially contribute in the house, Jodharam tells The Better India.

After a lot of convincing and pleading, Jodharam moved to Jodhpur K R Public Senior Secondary School. Thankfully, his fee was partially waived off as he belonged to OBC.

His hard work and sincerity during classes 11 and 12 were noticed by the school Principal Kuparamji, who encouraged him to appear for competitive examinations.

I had no idea about such examinations. When I saw the study material, it was overwhelming and even before I started, I had accepted defeat. I appeared for the exams nonetheless,” says the 22-year-old.

Jodharam secured an all-India rank of 150000. He failed to get an admission in government colleges and private colleges were too expensive for his family. Not giving up, he attempted NEET four times before making it in the fifth attempt this year.

During my first two attempts, my peers would actively participate in classroom discussions and answer confidently every time teacher asked a question. By the time my answer was ready, it was too late. It took a lot of time before I reached where my peers were, he says.

Since his rank was 12903 in the fourth attempt, his fee was partially waived off in a coaching institute in Kota.

Describing his time there, Jodharam says, “The atmosphere was completely different. There were no distractions and every student had a definite goal. I got a much-needed continuity and that, I believe, helped me reach my objective.”

As for his parents, Mevaram again came to his rescue and gave them an assurance that Jodharam would make it one day.

Fortunately, the brother’s promises were fulfilled by Jodharam as he scored an All India Rank of 3886 this year.

He now hopes to get an admission at Sampurnanand Medical College in Jodhpur. He plans to become a doctor and save lives in the rural areas.

The medical facilities are not very fruitful in my village and other neighbouring villages. Villagers cannot afford private medical care. I want to make healthcare affordable and accessible. I want to become a Cardiologist but dad says I should consider general surgery as well, he tells us in the telephonic interview.

Meanwhile, his father, who is sitting with him under a huge neem tree, is excited and proud to flaunt his son’s achievement.

I am very proud of my son and he has gone beyond all our expectations. I am glad he proved me wrong. I wish the best for him and I am sure he will make a brilliant doctor one day, Naringaramji tells The Better India.

With the hope to save lives, more than 13 lakh candidates appeared for NEET this year. The nationwide competitive entrance exam is conducted by the National Testing Agency (NTA) for admission to MBBS and BDS courses in medical and dental colleges.