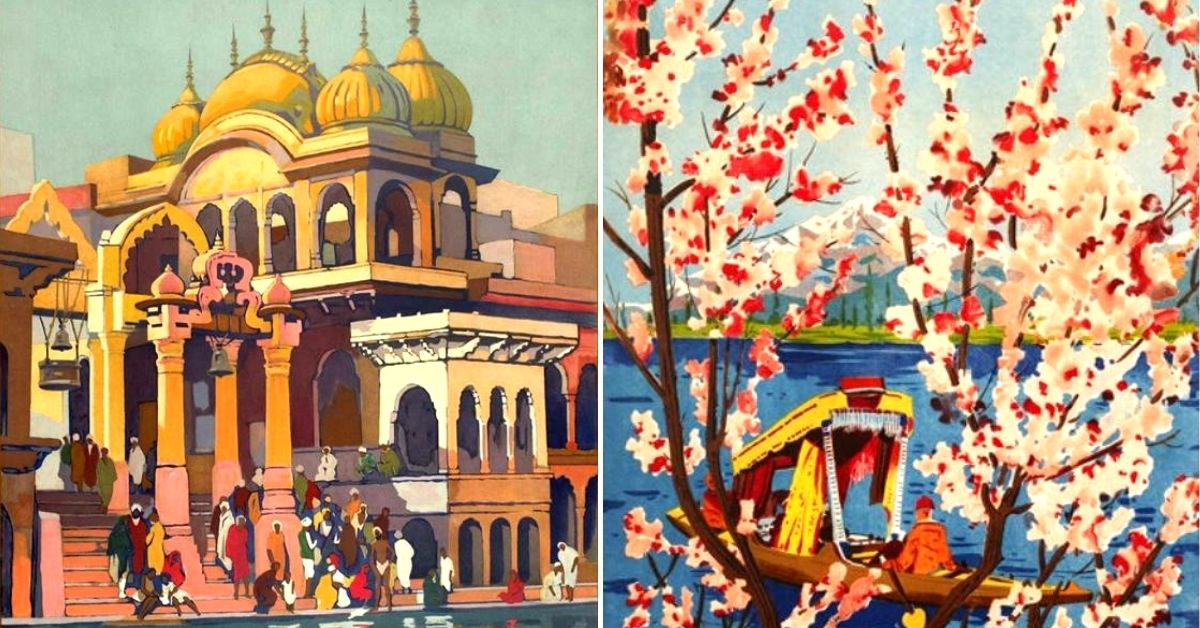 Take a look at these vintage posters and experience India the way the rest of world opened its eyes to, almost a century ago.

What is it that brings millions of tourists from across the world to India every year? Frankly, no one can name one thing. With a diverse amalgamation of culture, faith, locales, history and food, India is one of the most unique countries in the world that has so much to offer when it comes to travel.

No wonder the tourism industry upped its game in recent years, exploiting every single platform for promoting India’s rich culture and heritage. Today, every state has its active tourism handle utilising unique ways of storytelling and creative visuals to attract more tourists to visit India.

Now, think of a time when there was no Internet, television or radio and even the newspapers reached a seldom few. What then brought people from across the world to this land known to few, in whose minds the image of India was tarnished with culturally misappropriated and fantastically exaggerated accounts?

Flashback to the 1920s and 1930s, India beckoned travellers from four corners of the world through a medium that today would seem unbelievably simple: Posters.

From natural landscapes and bustling cityscapes to ancient architectural marvels and local village belles, these vibrant and beautifully hand painted illustrations gave India a rather mystical as well as romantic appeal that no Instagram or blog post from the present times could compete with.

Don’t believe us? Then take a look at these vintage posters and experience India the way the rest of world opened its eyes to, almost a century ago.