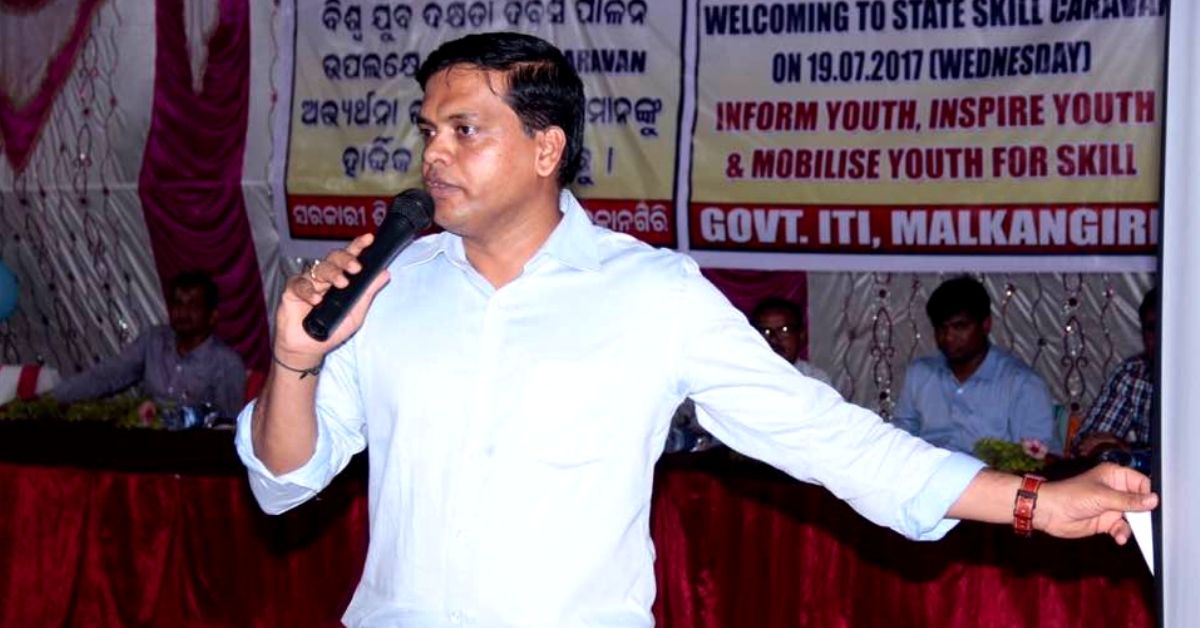 From crushing rural poverty to the corridors of power, Rajesh Patil’s struggles through life and overcoming them to taste success is an incredible account of hard work and persistence.

Rajesh Patil’s mother was undoubtedly the happiest person in the world in 2005.

“Maa, I’ve become a Collector,” said Rajesh, when he called her after finding his name on the final list of the just-declared UPSC results.

The moment had been poignant, for Rajesh had wanted to become an IAS officer and serve the country for as long as his mother could remember.

“When I was a child, I’d often call my mother, ‘Collector’s mom’. As implausible as it might have sounded to most people at that time, in my heart I knew that one day those words would become true,” recalls the IAS officer.

However, the journey to reach this dream wasn’t a cakewalk for Rajesh; for one, he hailed from an extremely impoverished household, where both his parents had to toil their entire lives as manual labourers to make ends meet.

“We hailed from a small village in Jalgaon, that fell under the Khandesh region in Maharashtra. My parents had a very small agricultural land, and often had to resort to manual labour to ensure that we received an education. It was a hard struggle and with that I mean, for survival. As faced by most farmers in the region, we too have struggled through droughts, crop failures and an insurmountable amount of debt,” he shares.

To reduce the load on their already overburdened shoulders, Rajesh remembers selling bread and vegetables as a child as well as doing all kinds of agricultural labour till his graduation days.

Rajesh shares that he was quite a naughty child and his parents would often be worried about their son’s future. “I wasn’t any great in studies as well, adding further to their concerns. Things changed when some of my friends and teachers helped me. I became interested in studies. In fact, I did quite well in my class 10 exams, which made me realise that if I put my heart and soul in it, I could do much better,” Rajesh says.

And thus began a self-driven journey to excel in academics and by the time he had passed his class 12 exams, Rajesh knew that he could easily get a medical or engineering seat in some of the best colleges in the country.

However, as proficient as he had become in studies, there still was one great roadblock: finance. “There was no way I could afford to pursue these pedagogies, with the financial background I hailed from. After everything my parents had done for me, I didn’t want to further burden them for my education and I decided to pursue a simple graduation degree,” he adds.

The next few years went by with Rajesh climbing the academic ladder in the field of Statistics and made it to the Indian Statistical Services.

“But my goal had been to make it to the administrative services. I wanted to bring changes at the ground level and getting here would let me do that exactly. All jokes apart, I knew what my eyes were set at right from the beginning. I’d attribute the struggles I’d been through my early days for instilling in me that spirit of hard work and persistence to never give up on my dreams. When I came to know that I’d made it to the IAS, I knew I’d arrived,” he smiles.

When he made that call to his mother, Rajesh felt a sense of fulfilment. But, instead of being dazzled by this achievement, he knew that the real work had begun.

“I personally saw it as an opportunity to be a part of the very transformation that I’d always wanted to partake in and that I would be able to connect to the people at the grassroots level, inspire them and be inspired in the process,” he adds.

After completing his training process, Rajesh joined the services under the Odisha Cadre and started out as the Sub-Divisional Magistrate in Athgarh, Koraput, in 2006. True to his word, he spearheaded many landmark initiatives, of which some involved successful rescue and rehabilitation during the 2008 flooding of Mahanadi River, peaceful interventions to resolve tribal-non tribal conflicts and a revolutionary ‘Ready to Eat’ food programme for preschoolers.

Starting 2009, he would move on to the position of District Collector for Koraput, Kandhamal and Mayurbhanj districts—a position he would hold for the next eight years. During this time, Rajesh was at the forefront of resolving issues faced by tribal communities, initiating changes in the education sector, making one of the districts under his jurisdiction child-labour free, working for the welfare of the disabled community and orphaned children, among other initiatives.

You can read one of our earlier stories about the officer’s interventions here.

At present, he is serving as the Chief Executive Officer (CEO) and Director Employment, Odisha Skill Development Authority.

Rajesh’s story of reaching where he is today is nothing less of an incredible journey.

From crushing rural poverty to the corridors of power, his struggles through life and overcoming them to taste success lay testament to the belief that if one has set their goal on something, nothing can deter them from achieving it.

To share his story with the world, he authored a book titled, Tai Mi Collector Vhayanu, in 2008, which ended up selling more than 50,000 copies in Maharashtra alone. Earlier this year, Harper Collins published the English version of the same, titled, Maa, I’ve Become A Collector.

You may also like: Every Week, Odisha Doctor Walks for Kilometers to Ensure Tribals Get Medical Care!

On a closing note, Rajesh shares with us that besides his personal struggles, the book gives glimpses of rural parts of the country and sheds light on the trials and tribulations that rural farmers face on a daily basis as well as social and cultural issues in the region.

If you wish to read Rajesh Patil’s extraordinary story in his own words, you can purchase it online here.