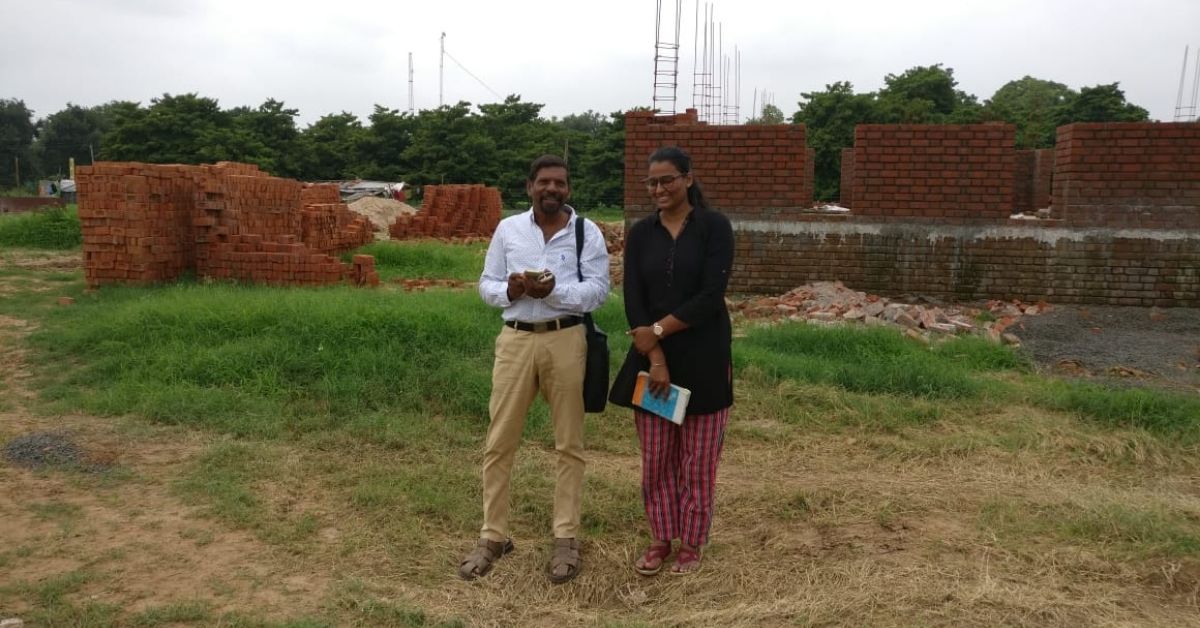 When KJ Antoji’s garden pipe accidentally hit the ground, it sparked an idea that would go on to help several resorts, hundreds of farmers, & families conserve water!

KJ Antoji, a resident of the coastal village of Chellanam, Kochi in Kerala, was working as a wire technician in 1988. In the ‘place where no one goes’, the unreliability of the Kerala Water Authority (KWA) concerned Antoji. He had already spent a considerable amount of time to devise a technique to reduce his dependence on the municipal water supply.

Yet to no avail.

One fine day, while watering his garden, Antoji was lost in thoughts about securing the water supply at his home when the hose in his hand slipped. The water pressure was at full throttle, and the hose was quite heavy. And as soon as it hit the ground, the high water pressure drilled a 30 cm hole in the garden floor where the water started pooling.

This accident was Antoji’s eureka moment.

He conceptualised a water harvesting system that could store fresh rainwater several metres below sea level for future use.

This Rainwater Syringe Technique, eventually, would not only go on to help several resorts, hundreds of farmers and independent houses harvest and conserve water, but also garner the irk of the local government and draw students from IISC, Bengaluru to study the system.

“The accidental water syringe that I had created that day, some thirty years ago, wasn’t deep. It was just a few centimetres in the surface, but I started experimenting so that it could help me store water in the ground and ensure that it doesn’t become saline,” the 67-year-old tells The Better India (TBI).

In coastal cities like Kochi, the penetration of saline water into groundwater has been a cause for worry for the citizens and farmers alike. Around four years ago, in 2015, the chloride concentration in groundwater, in several parts of Kochi, had gone up to 1,000 mg per litre due to saline water seepage. The permissible limit of chloride in water that makes it potable is 250 mg/l.

With the level of groundwater steadily depleting, the high concentration of salinity was making it unfit to drink. This spelt doom for a State whose economy depends on agriculture and fisheries. Both the issues were adversely affecting poor farmers who could neither rely on wells for their year-round supply nor afford to purchase water needed for the fields.

The abundant rainfall that is characteristic of God’s Own Country was flowing back into the rivers and eventually in the seas without getting utilised by those who needed it the most.

“Potable fresh water obtained by the rains, if stored well below the sea levels, can be used throughout the year. The Rainwater Syringe System that I developed uses the pressure of the temporarily collected water to seep into the storage tank about 6 metres below the land surface. No machine is required to let it seep into the ground. A motor pump is used only to procure this water,” the innovator explains.

The pit is fashioned according to the needs of the beneficiary. A family harvesting water will need a small-sized pit, whereas a farm will require a set of about ten deeper systems. However, the design of each pit is relatively the same.

How the Syringe System Works:

Our concrete or tar roads keep rainwater from percolating in the earth’s surface to swell the underground water table. Secondly, the lack of plants or trees leads to soil erosion. But Antoji utilised the very pressure that erodes the soil, harming the environment and ensured that the water seeps through.

The Rainwater Syringe System has its own method to direct the water deep below the earth’s surface. The fresh rainwater in the shallow tank can hold up to a 1,000 litres of water. When it fills up, the total pressure pushes the water below. This pressure is so powerful, it can make the water percolate to about 70 feet deep. A specially made motor pump is used to pull this water from that depth. The motor draws the water from below the earth’s surface to the overhead tank whenever you need to use it,” he further explains.

One of the beneficiaries of Antoji’s Syringe System is a resort in Andaman. The resort, severely hit by a shortage of potable water, had to close shop for three months. Andaman and Nicobar, much like Kerala, faces the same problem of the mixing of saline with fresh water.

The resort was an obvious victim.

Coming to its rescue, Antoji’s Syringe System is now helping the resort receive about 1,500 litres of water daily.

“We have installed a system of 10 units—each 10 feet deep—in a 5-acre agriculture land in Kerala,” he shares and adds that the farmer utilises the collected water to farm for the year. Rainwater syringes have proven their success over the last three decades, but they are the most efficient only at sea levels. So places like Kerala, Andaman and Gujarat benefit from them.”

You may also like: MBA Grad Trio Quit Cushy Jobs, Help MNCs & Govt Save Water on a Massive Scale!

Since its finalisation, Antoji’s invention has been installed in about 400 places, including private homes, farms and resorts. With a 90 per cent success rate, the Syringes have restored over 300 crore litres of water into Kerala’s ground.

Antoji’s journey was not without challenges as due to his limited knowledge about patents, he suffered at the hands of the local government, whose water supply he had cut out completely. The irony is that he had only wished to help them with his innovation. Undeterred by the legal and authoritative nuisance he had to face, Antoji still oversees the installation process, whether in Kerala, Andaman, Gujarat or anywhere else in the country.

If you wish to get his expertise on the system or get one installed, you can drop him a message by following the link here.