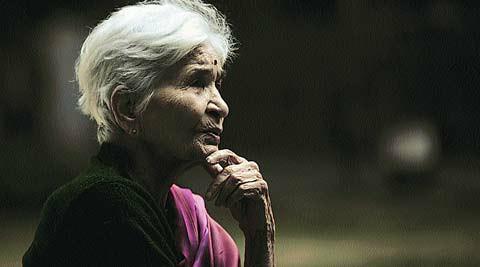 The driving force behind a treasure trove of educational films, Mulay’s work captured the imagination of the millions of Indian kids who grew up watching Doordarshan in the 1970s and 80s. RIP, ma’am. You will be missed

These lines from the song “Ek Chidiya Anek Chidiya,” which retold the fable about a flock of birds escaping certain death, are a part of the 7-minute long animated film Ek, Anek aur Ekta.

Through its protagonist, an elder sibling who is imparting a valuable life lesson to her brother, the film introduced children to the concept of unity in diversity in a way that was incredibly easy to understand.

Unsurprisingly, the film holds a very special place in the hearts of children who grew up in the seventies and eighties.

The film was directed by Vijaya Mulay, a renowned filmmaker, film historian, researcher and educationist, who passed away on 19 May 2019.

Speaking to the Indian Express, Suhasini Mulay, her daughter, said, “It was just old age. She was 98. She had no illnesses of an ageing person. Her blood pressure was fine. Her heartbeat was fine. She didn’t have diabetes or anything like that. But as she grew older, she became weaker and was eating less.”

The 98-year-old lived quite a rich life, and her body of work is proof of this.

A Love Affair With Cinema

A Bombay girl, Mulay shifted to Patna at the age of 20 with her husband, when he was transferred there.

Initially, she struggled with adjusting to her surroundings. Patna was, after all, very different from cosmopolitan Bombay. However, when she found out that Patna University allowed women to study privately, she enrolled for a Bachelor’s degree.

The freedom struggle was at its peak during this time, and Mulay had a strong sense of contempt towards the imperialistic British.

However, entertainment, in terms of English films, came cheap on Sunday mornings, so she would head to the theatres to watch them at discounted rates. Eventually, she fell in love with the medium and became a passionate cinephile.

In 1946, Mulay won a scholarship to pursue her Master’s degree in Education at the University of Leeds. Here, she could explore film genres that were utterly alien to her.

You may also like: Abhyas Galli, Mumbai’s Iconic ‘Study Street’ That Has Shaped the Careers of Thousands

“The Workers’ Unity Theatre played to full houses, and films from the Soviet Union and Eastern Europe ran often. I saw film classics, experimental films, and socialist cinema. I also gained a better perspective and understanding of cinematic art by joining the university film society. Film viewing, once a casual pastime, became my serious passion,” she noted.

In 1949, when she returned to Patna after completing her degree, she started working in local film societies.

Not a typical filmmaker

In the 50s, she was appointed as an Education Officer by the Government of India but her journey with films continued.

She founded the Delhi Film Society in 1959 and later, eight such film societies came together to form the Federation of Film Societies of India (FFSI).

While her close friend, Satyajit Ray was the founding president of FFSI, Mulay was a joint secretary.

Mulay’s debut documentary, “The Tidal Bore,” about a giant swell of water moving up from the Bay of Bengal to the river Hooghly, was one of her well-recognised projects.

Ray and Louis Malle, a French filmmaker and her close friend, had helped her in the production.

Speaking to the Mumbai Mirror, Suhasini said, “Getting hold of raw stock was a huge problem those days. Renowned French filmmaker Louis Malle and a group of people sent her raw stock from Paris.”

You may also like: Queens of Spice: The Mumbai Homemakers Keeping ‘Bottle Masala’ Tradition Alive

“To me, it appeared that the most strong point of India has been to live with diversity and profit from it. I wanted to communicate this to children and relate it to their own experience. So I wrote a script that children would understand and enjoy,” the nonagenarian had told the New York Times in 2012. “I think [the message is relevant even today]. Our country is now facing difficult times, with people being led to hate and see others different from them as outsiders. We have to keep on reminding ourselves that diversity is our greatest strength, and unity in diversity is something that we have managed to follow, which is very important. And it has to be cherished.”

Four decades have passed since the film was released, but it remains Mulay’s most iconic creation, and its teachings still stand strong.

We hope that it continues to inspire generations to come.