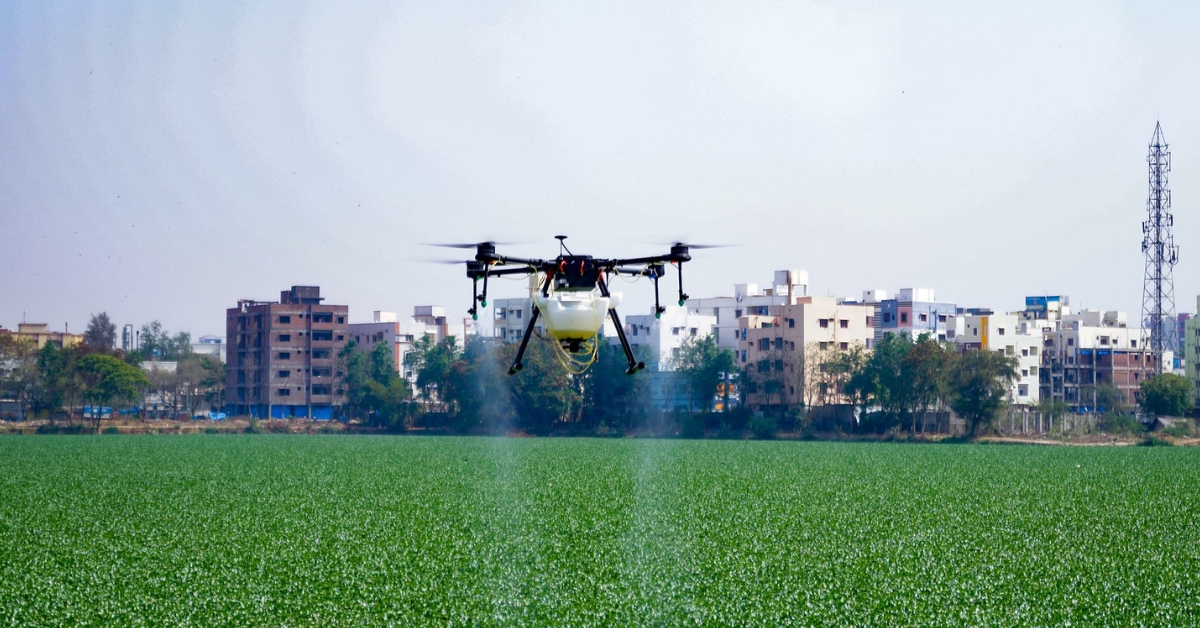 The pilot experiment was conducted over Miyapur Lake on March 28, where a drone equipped with bio herbicide sprayed the liquid all over the 16-acre expanse.

Nobody likes being bitten by mosquitoes or falling prey to life-threatening diseases like dengue, malaria, chikungunya and filariasis that are carried by these winged menaces.

More than open drains or garbage dumps, the real worry for any city or town with a huge population begins when its water bodies turn breeding grounds for mosquitoes. However, widespread mosquito infestation is a common problem across the country, causing a large number of people to succumb to the diseases.

Even graver is the situation when these water bodies are invaded by water hyacinths, the invasive weed species known to decimate any form of aquatic biodiversity.

Choking the life out of lakes and ponds and turning them stagnant, these noxious weeds also pave the way for the water bodies to become the ideal breeding haven for mosquitoes.

To tackle this mosquito menace, Hyderabad has come up with a unique and eco-friendly solution—drones!

“Hyderabad’s lakes are witnessing mosquito infestations and the surroundings have become high-risk areas for dengue, malaria and chikungunya. Our custom-built 10-litre drones can spray 5-6 acres per hour at an effective work rate of about 25 acres per day,” said Prem Kumar Vislawath, founder and CEO, Marut Drones, to Telangana Today.

The pilot experiment was conducted over Miyapur Lake on March 28, where a drone equipped with bio herbicide sprayed the liquid all over the 16-acre expanse. The herbicide was made from neem oil, citrodora and cow dung.

Speaking to The Better India, Hari Chandana Dasari, Zonal Commissioner (West Zone) of GHMC, shares that this drive was part of a larger experiment conducted on two lakes in the city.

The IAS officer says, “We took this forward as a two-pronged approach—bio-weedicide for the water hyacinth invasion and utilisation of drones for anti-larval operations. While we observed a 40 per cent effectiveness for the hyacinth eradication, it was the latter that proved more successful. A 60 per cent decline in larval growth was witnessed within two days.”

She also mentions that with such an optimal usage of technology come two advantages—the elimination of manual labour and more importantly, the reduction of time.

“It takes a work force of 15-20 labourers who have to trudge through waste from sewage channels and faecal waste to manually spray the weedicide over the lakes infested with water hyacinth, at great personal risk. This again, roughly takes about 15-20 days. With the drone application, the time is reduced to a day. The exercise also puts an end to the inhumane working conditions,” she adds.

You May Also Like: Green Governance: Meet the IAS Officer Powering a Recycling Revolution in Hyderabad!

The city has about 189 lakes and with the success of this initiative, the GHMC plans on massively expanding the approach for eradicating mosquito infestations over open spaces as well.

As a country that continues to have deaths from malaria and chikungunya, this eco-friendly solution is the need of the hour.