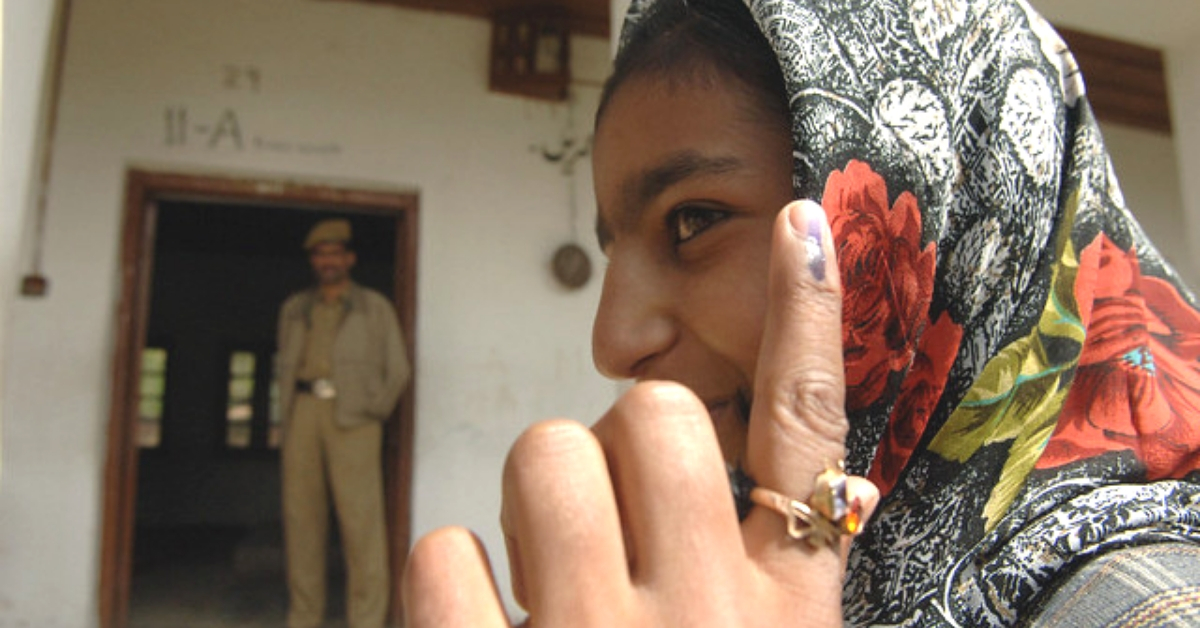 There can be numerous reasons not to step out of our houses, stand in the queue, get our finger inked and exercise our right to vote, but there is only one reason for it — to be heard.

This article has been sponsored by Castrol Activ.

She wakes up every morning; gets ready and leaves for work. Battling the pollution, traffic and overwhelming crowds of public transport, she reaches her workplace, panting. The rest of the day rolls out. As soon as the sun dips below the horizon, she wonders what to cook for dinner after reaching home. As the night comes to a close, worries about herself and her family cloud her mind and slowly lull her to sleep.

Like all of us, she is an ordinary person. Yet, something sets her apart — she is a voter in the Indian election, and she has a choice to make.

Once in every five years, she pauses to think beyond this daily routine and exercises her voice to make a considerable impact.

Some say, who cares? While others argue that a single person can’t make much of a difference. But all of us, like her, are pieces of the larger puzzle — incomplete if even one piece is missing.

There can be numerous reasons not to step out of our houses, stand in the queue, get our finger inked and exercise our right to vote, but there is only one reason for it — to be heard. Just like these women in Barmer who make sure they go to vote even when the polling station is 22 km away from their village

The 2019 Indian general elections are not just the largest social democratic event of the world, but a chance for India’s 900 million voters to speak in unison. It might sound dramatic, but it is the truth, which affects all of us, irrespective of caste, social class, religion, colour or gender.

This general elections, Castrol Activ has launched an initiative urging first-time voters to step up to not just voice their opinion, but also enable others. The #RideForVote #NonStopDemocracy initiative is encouraging every voter to pledge to help others vote too.

So give a ride to a friend, a family member, a neighbour, or anyone who needs help and support them in casting a vote this election.

At the end of the day, every single vote truly counts! #RideForVote #NonstopDemocracy. Pledge a ride here.

A legal right with the undertones of duty, what does it truly entail to cast one’s vote?

“It is a big responsibility, and that is the reason why individuals who are of or above the age of 18 are allowed to vote. They are expected to have a sound and rational ability to judge what’s right from wrong. And, because it is our right and duty, it is important to be aware of what’s going around you. Unfortunately, many young voters are not always that mature or politically ‘woke’, nor am I. But, I know at least what’s wrong happening around and I wish to change it for good. Being an adult is not just about enjoying the lighter freedoms in life, it’s about taking responsibility. And, I will do so,” adds another first-time voter, Tathagata Sarkar (18).

A prominent criticism against voting roots from the idea of who to vote for, and whether the candidate is truly reliable.

That is where being an aware citizen comes to play.

18-year-old Rachita R points out that this year the wave of elections is somewhat different among the first-timers.

“We are pumped up and excited because the elections are so interesting. More and more young people are now aware of what’s happening around and want to be a part of the decision making. A democracy cannot truly reach its potential if all its members don’t try and make an effort to know the background of their probable leaders and cast a sound vote. Its not a lottery game and should not be taken lightly,” she says.