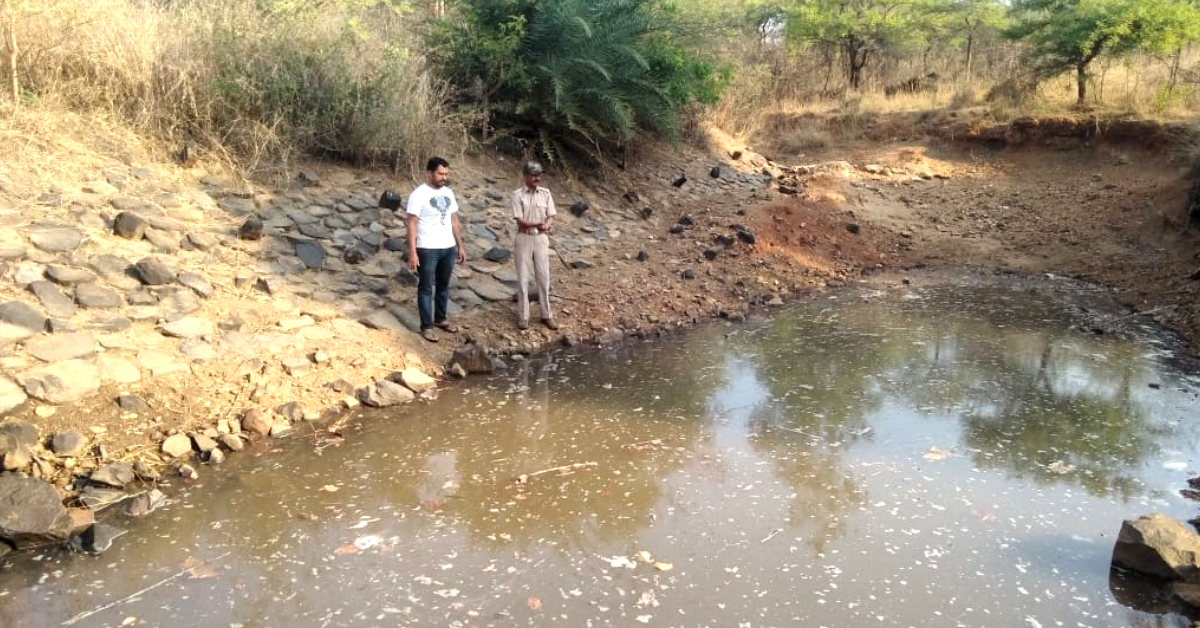 Share Habitat is a self-funded initiative, and it is the sheer passion and desire to make a change, that drives the team.

Twelve years ago, wildlife rescuer Somu HN had ventured into the Turahalli forest in the outskirts of Bengaluru to release a snake. It was during that time that he came across a peacock, who was severely dehydrated.

He thought that something should be done, and spoke to his friends and family about it. Eventually, he collaborated with like-minded people and started working towards reviving the water bodies inside the forest.

A decade ago, temperatures weren’t soaring like they are now. Today, the summer months can be uncomfortable—even dangerous—for animals, and it is up to us to make life a little easier for them.

In this article, we speak to Rashmi Mavinkurve, an animal rescuer and enthusiast herself who has been working alongside Somu for the last five year in reviving the forest and the water bodies in Turahalli.

The duo has named their organisation ‘Share Habitat,’ and are also joined by Kapil Mavinkurve who brings with him several years of experience in dealing with animals.

Share Habitat is a self-funded initiative, and it is the sheer passion and desire to make a change which drives the team.

Where is Turahalli forest?

Located about 20 kilometres from Bengaluru off Kanakpura road, the dry and deciduous Turahalli forest is spread across approximately 590 acres and known to be the only surviving forest in Bengaluru. It is under the protection of the Karnataka Forest Department, and while the entry of vehicles within this area is prohibited, it is often visited by cyclists.

There are various animals within the Turahalli forest area—spotted deer, wild boars, peacocks, and different types of reptiles and birds to name a few. With the guidance and support of the Karnataka Forest Department, Share Habitat works towards filling the water bodies and ensuring that the right water level is maintained.

Earlier we used to fill one pond, but given the high temperature we have now started filling two ponds within Turahalli,” says Rashmi.

“We usually start the process of filling the water bodies in March and continue all through the summers. However, this year due to the advent of early summer we started in February itself,” she adds.

With each 6000-litre water tanker costing Rs 750, the team spends about Rs 2250 a week in refilling the water bodies thrice a week. Rashmi and the team carry out periodic checks to ensure that the water level is maintained and does not dip.

Why is this essential?

Speaking about the importance of this exercise, Rashmi says, “We noticed that the animals started venturing out of their habitat in search of water. They were spotted near open gutters and drains, most often where there were human settlements. This led to a few animals being killed as well and that is when we realised that the only way to help would be by reviving the water bodies and giving them back what is theirs.”

“Animals are now being spotted near the water body, so we know that this initiative has most certainly had a huge impact in the ecology of the area. Things will only get better from here on,” says Rashmi.

She also mentions that with the success of this project they are hoping to start similar projects in other areas as well.

Rashmi concludes our conversation by urging everyone to take small steps and help animals and birds brave the heat. “Place a small bowl of water outside your home, even if it a small apartment. If you want to go one step further, leave some millets or grains for the birds.”

You May Also Like: Chennai’s Sparrow Queen is Trying to Bring the Little Birds Back to the City!