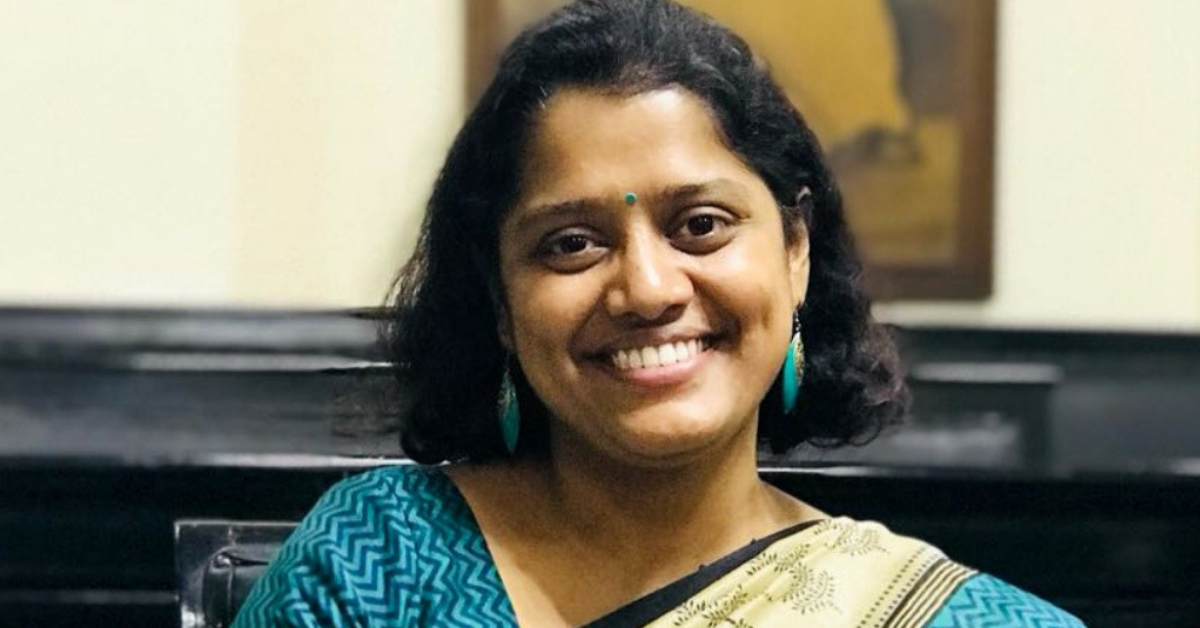 These stories are filled with inspiration and will infuse in you a never-say-die attitude!

Regular followers of The Better India stories must have come across many about the Indian Administrative Officers (IAS) and their unique initiatives. In this piece, we list out five women officers who braved various adversities and difficulties on their path to becoming an IAS officer.

Born into a conservative Marwari family in Bhadreswar of Hooghly district, West Bengal, Sweta’s birth came at a time when every family member was fervently praying for a boy. Except for her parents, no one supported or encouraged Sweta to dream. Her grandparents believed that a girl should be limited to home and domestic chores.

With so many odds stacked against her, Sweta chose to dream big and ensured that she worked towards transforming them into reality.

Despite being the youngest of 15 children in the household, Sweta was the first to graduate from college. At a time when her female cousins were being married off as soon as they attained the legal age, Sweta was busy pouring over books.

It took Sweta three attempts to crack the UPSC examination and achieve an impressive All India Rank of 19. Her story reiterates that nothing works like hard work. If you would like to read more about her incredible journey, then click here.

From dressing up as an IAS officer at fancy dress competitions while growing up to becoming one, Poovitha has had an amazing journey. Born to dairy farmers in Karuru district of Tamil Nadu, Poovitha was the first graduate of her family. Having seen and experienced the evils of caste discrimination, dowry and gender inequality at close quarters; she was determined to effect a change.

Fighting age-old-notions that women are only meant to get married and raise a family, Poovitha tried her best to convince her parents to let her appear for the UPSC examination.

Seeing her determination, her parents relented. Poovitha cleared the examination with an All India Rank of 175 in her second attempt.

Poovitha urges each one of us to believe in ourselves and says that nothing is impossible if one sets their mind to it. She is living proof of that. To read more about her life, click here.

3. Surabhi Gautam
From struggling with English to achieving AIR 50 in the examination.

A young girl growing up in a joint family, Surabhi understood that a District Collector garnered immense respect. This sense of awe attracted her to the position. The more she learnt about the work, the more her fascination grew.

As someone who wasn’t very confident of conversing in English, Surabhi worked doubly hard to ensure that this never came in the way of her dreams.

In an exclusive interview with The Better India, she said, “I had a deep sense of wanting to correct things in my village; getting good medical services, getting electricity for every house, these were some of the immediate basic needs. In my mind, becoming a Collector would help in achieving these goals.”

Throughout her academic life, Surabhi aced all her examinations and in 2015 cleared the UPSC with an All India Rank of 50. You can read more about her story here.

Pranjal’s parents were informed of a possibility of her losing vision in the other eye after she lost sight in one eye due to an unfortunate school incident at the age of 6. As predicted, Pranjal lost complete vision just a year later. While such a tragedy could have made her feel isolated and depressed, her parents refused to let her wallow in self-pity and raised her to be a strong and independent girl.

In 2015 she started preparing for this coveted examination. She recollects the time and says, “Along with pursuing my degree in MPhil in Technology, I also started studying for the exam. I installed a software called Job Access with Speech (JAWS), which is a computer screen reader program that allows blind and visually impaired users to read the screen either with a text-to-speech output or with a Refreshable Braille display.”

It was a long and arduous process, but Pranjal wasn’t one to give up without a fight. She then found herself a scribe and went on to clear the examination in her very first attempt in 2016 with an All India Rank of 773. You can read her inspiring story here.

5. Anu Kumari
Mother to 4-year-old stays away from child to study. Aces exam by getting AIR 2nd.

Sometimes the only thing that holds one back is our sense of complacency, fight that, and see how life changes for the better. Anu Kumari, spent her growing up years in Sonipat, Haryana in a middle-class family with a service background. She understood the importance of a good education and the power it carries with it; she worked to perform well in her academic life.

The need to do more with her life continued to gnaw at her despite a financially stable job and a happy married life.

Anu felt that if she appeared for the civil service examination, she would be able to contribute to society in a meaningful way. In 2016 she quit her corporate job and started preparing for the prelims. Missing the cut-off by one mark in her first attempt pushed her to work harder. With a toddler in tow, how she prepared for the examination is a story by itself. In her second attempt, she cleared the examination and also got an All India Rank of the second position.

If you wish to read more about her, then follow the link here.

Hoping that you found these stories of women with a never-say-die attitude inspiring, we look forward to knowing what you felt about them! Do write in and tell!

You May Also Like: Kerala Porter Cracks KPSC by Using Railway Station’s Free Wifi to Study!