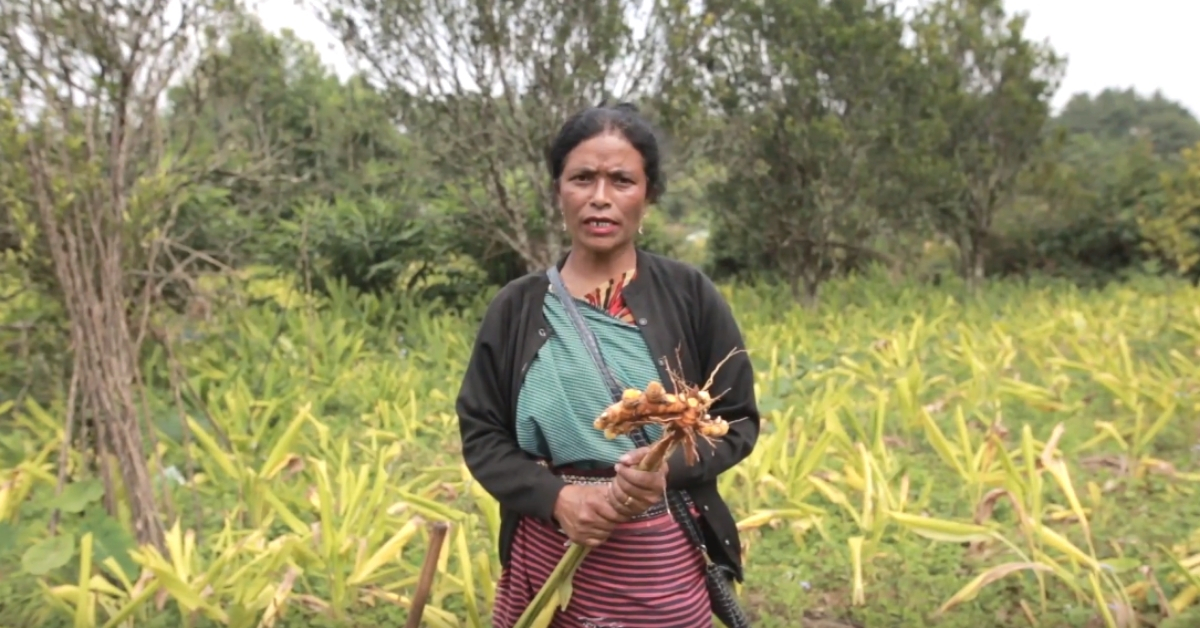 Meet Trinity Saioo who started lakadong turmeric cultivation in 2003. Today one thousand acre of land spread across Meghalaya is producing the turmeric that yields profitable returns.

In the summer of 2003, when Trinity Saioo decided to support her family in producing the golden spice of India—turmeric, little did she know that one day it would change the fate of more than 900 farmers in Meghalaya.

A school teacher by profession, when Saioo started cultivating turmeric 16 years ago, she noticed that most of the cultivation in West Jaintia Hills district in Meghalaya is of lachein, one of the three varieties of turmeric. Having acquired knowledge from her ancestors on turmeric farming, it took her no time to realize that lachein is low on yield and the presumably cancer-fighting curcumin content.

On further research, she found out that lakadong, a variety that was produced in olden days is superior to lachein and has 7 per cent curcumin content which is 2 per cent higher than lachein.

Speaking to The Better India about how Lakadong is a more viable option, she says,

Farmers, especially women, were intrigued when my family started earning three times higher from lakadong farming. This curiosity made it easy for the Spices Board and me to impart them training. As days passed, the number of people cultivating turmeric increased.

As the word got around in nearby villages, Saioo got invitations from village heads to involve their farmers in the programme. Today, 900 farmers in Meghalaya are growing lakadong turmeric.

Talking about why the production of lakadong in Meghalaya declined over the years, the award-winning turmeric farmer from Mulieh village recalls, “Twenty years ago, most of the farmers turned to coal mining as it was more profitable, and gradually the production of turmeric declined.”

In 2014, when the National Green Tribunal imposed a ban on coal mining, the farmers returned to farming. However, due to lack of expertise in lakadong cultivation, many farmers cultivated lachein. The low returns forced the farmers to a hand-to-mouth existence.”

Before starting her tryst with turmeric cultivation, Saioo got training at the Agriculture and Horticulture Department (AHD) of Meghalaya. She collaborated with the Spices Board to train the farmers from her village and help them avail the subsidy for seed tubers. An organic certificate is also given to the farmers that makes it easy for them to switch to the high yielding variety.

Entering a profession that is primarily male-dominated was never a problem for Saioo.

But pesticides was another matter altogether. Local insects would often destroy the cultivation, and she soon found an eco-friendly alternative to the chemical pesticides. Soon, cow-dung, cow urine and vermicompost became the preferred pesticides of the farmers. It not only helped in keeping the insects at bay but also improved the quality of crops due to their nutrient content. 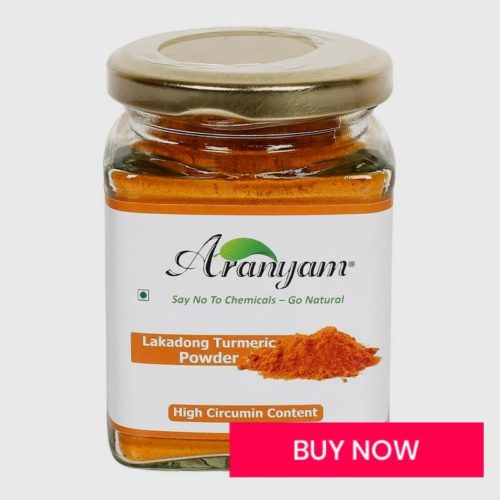 Acquiring seeds was another hurdle that she had to overcome. Because the cost of lakadong seeds is higher than other varieties of turmeric, there were times when farmers were unable to afford them. After several days of trips to the state’s AHD, the officials agreed to finance the seeds partially. It was only in 2018 when the two departments agreed to provide the seeds for free.

Marketing the final product and receiving decent return is something that Saioo and her team are still working on.

With no government or private buyers, getting a fair price for turmeric in the market was difficult. On several occasions, the farmers were looted due to lack of knowledge on the product, says Saioo.

For starters, she helped revive the Life Spice Federation of Self-Help Groups and hired women from 98 Self Help Groups (SHGs). With help from the Agriculture Department, Saioo opened a storeroom where women from SHGs started to package the product. Right from drying the produce, slicing turmeric to packaging them, Saioo was instrumental in generating employment opportunities for several women.

Under her leadership, the federation now exports lakadong Turmeric to southern States like Kerala, Karnataka and the other North Eastern States. The federation also sells directly to wholesale buyers and retailers through courier agencies when they receive orders for this prized spice.

“Saioo mobilised about 900 farmers to cultivate this lakadong variety in their respective villages. The Indian Council for Agriculture Research has also indicated the uniqueness of this ecological situation in [this area] which enables the lakadong variety to perform exceedingly well while yielding very high curcumin content as compared to other locations in the State. This unique natural advantage has given the farmers of this area a golden opportunity to produce one of the best turmeric spice in the State,” Canning S Shabong, Assistant Director of Agriculture (Info and IT), Directorate of Agriculture, Meghalaya tells TBI.

As per the latest statistics provided by Shabong, a total land holding of all the farmers cultivating lakadong turmeric is above 1,000 hectares. Each year, close to 30 tonnes of turmeric is sold in the market.

From purchasing lands, building houses, financing children’s education to securing their retirement, the turmeric revolution is playing a pivotal role in the lives of farmers in Meghalaya.

“I have Tuberculosis, and for years I wasn’t able to afford medicine. When I got to know about turmeric plantation, I joined the programme with the hope to earn more money. It is only because of Ms. Trinity’s help and guidance I can now plant turmeric and earn enough money to afford medicines. Like Ms. Trinity, I hope to start my cultivation,” says Rosa Dhar, a turmeric farmer from Mullieh village.

“Banking on the uniqueness of lakadong turmeric, our mission is to improve the quality of crops and take advantage of the increasing opportunities in the spice sector in future. By 2023, we hope to produce 50,000 tonnes of turmeric and streamline our supply change by collaborating with government and private players across the country.”

While teaching is her profession that she worships, farming is and always will be Saioo’s, first love. Reiterating these words, she concludes the telephonic conversation with TBI and marches onto yet another turmeric cultivation training programme with the farmers.