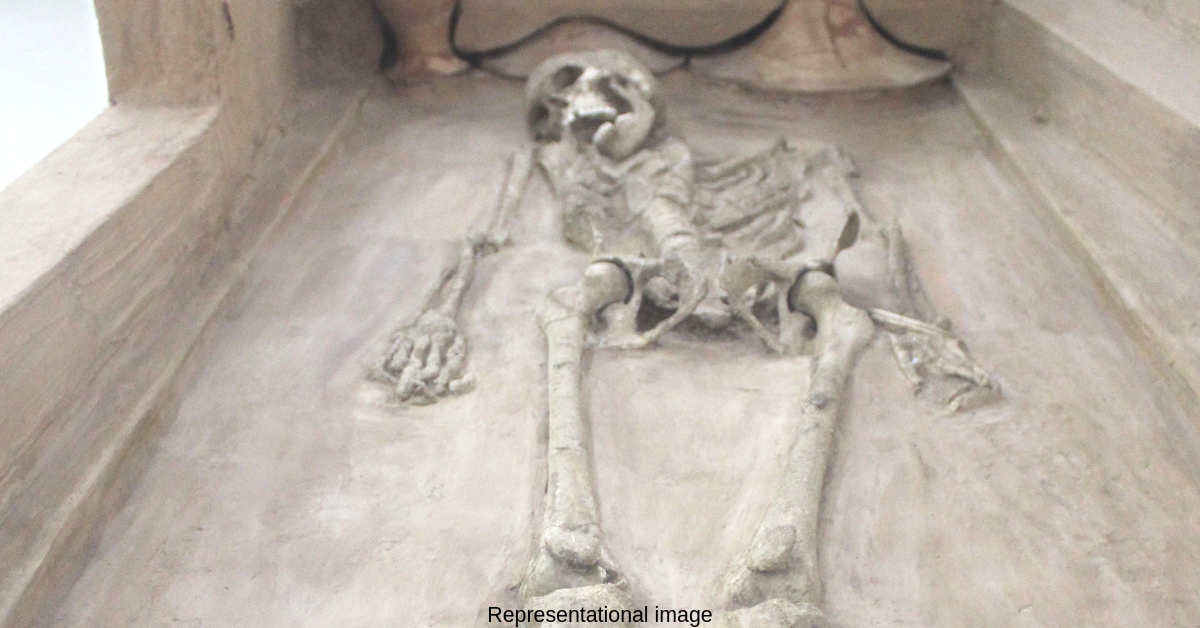 Dated between 2600 and 1900 BC, the Harappan civilisation was spread over Afghanistan, Sind, Balochistan, Jammu, Punjab, northern Rajasthan, Kathiawar, and Gujarat.

A 47-member team comprising researchers and students of the University of Kerala and Kutch University set up camp in Khatiya village of Kutch for nearly two months.

To unearth several skeletal remains from a burial site. Of the 300-odd graves at the site, 26 were excavated.

Dated between 2600 and 1900 BC, the Harappan civilisation was spread over Afghanistan, Sind, Balochistan, Jammu, Punjab, northern Rajasthan, Kathiawar, and Gujarat.

Among the excavated remains, there is one skeleton, six-feet-long, dated to be around 5,000 years old!

What does the excavation tell us about the civilisation?

S V Rajesh, Assistant Professor, Department of Archaeology, University of Kerala, was one of the coordinators of the excavation. Speaking to The Hindu, he says, “While the burial of belongings next to the corpse could possibly suggest the prevalence of the concept of afterlife, much study is required before we could arrive at any such conclusions.”

The excavations show that the drainage system adopted by the people was aimed at saving water.

With more than 200 graves left to be excavated, these discoveries will enhance our knowledge of our past, telling us more about the people who inhabited our land before us and their ways of life.

You May Also Like: VIDEO: The World’s Oldest Curry Traced to the Harappan Civilisation