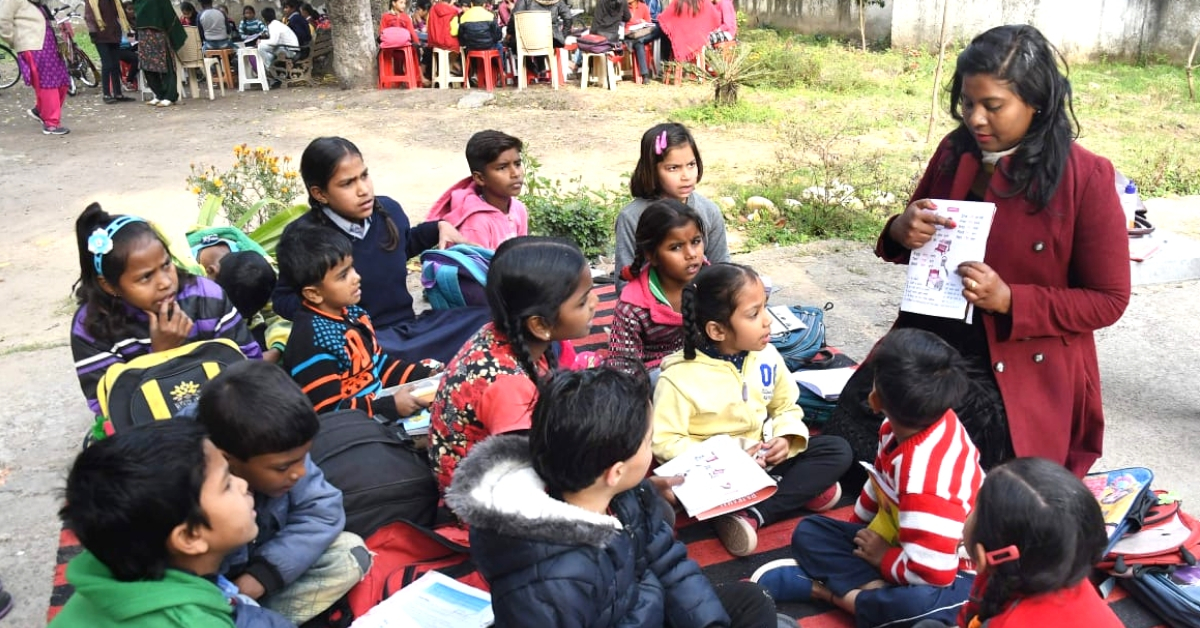 A series of daunting circumstances in any person’s life can either leave them broken, or strengthen them to hit back with even more vigour. Mamta Kha chose the latter way out.

There is no doubt that women are fighters.

Our mothers, sisters, friends and teachers, are fine examples of everyday warriors, who broke free from patriarchal shackles to chase their dreams, and proved that no profession can be monopolised by one gender.

Besides the heroes that we know personally, there are millions of ordinary women, who overcame the odds and achieved success. But their stories rarely come to the fore.

This Women’s Day, we intend to change that and bring you extraordinary stories of ordinary women that will leave you inspired.

37-year-old Mamata Kha from Chandigarh is one such woman.

Mamta’s parents were employed as the housekeeping staff at the home of a wealthy couple, and the young girl had many dreams that she wished to fulfil after completing her school education.

“My parents were employed as the housekeeping staff at the home of a wealthy couple. While they had initially enrolled me in a private school, the cost of my education proved to be quite expensive, so they moved me to a nearby government school, where I studied till Class 12,” she recalls.

Mamta had big dreams and wanted to continue her education, but her parents would have none of it and got her married to a man from their village, who lived near Kolkata.

The momentous event was the beginning of a terrifying ordeal for Mamta, and would last for several years to come.

“Our wedding was held in Kolkata, and following that, we returned to Chandigarh and were living with my parents. Within three months, the fights began for no particular reason and he would take off every now and then, leaving me behind. We eventually decided to move to a new place in the hope that we would perhaps have a happier life,” she says.

After the wedding, Mamta had enrolled in a college and even managed to complete one year of undergraduate studies before her husband began to suspect her of infidelity.

“He would accuse me of going to college to flirt with men. There were constant fights about this, and once again, my dreams of studying further were nipped in the bud—this time by my husband,” she says.

Mamta thought that moving to a new place would help the relationship, but instead, things took a turn for the worse.

“Around this time, he had asked me to take up a job as a domestic help in the neighbourhood, and I agreed. Unfortunately, he was still suspicious and this time, accused me of having affairs with the men who were PG students in the next building. Fights turned to abuse and physical assault. This continued for two years, till a horrible fight led him to drop me at my parents place once and for all. He told them that he couldn’t take care of me anymore. I was eight months pregnant then,” Mamta says.

Shortly after, she gave birth to her son. With no college education, there was no way Mamta could find a job to support the expenses of a growing child, but she also didn’t want to burden her parents.

So, she decided to learn sewing and took up some basic tailoring projects. “I even took tuition classes for a while. Finally, when my son was almost 4, I enrolled him in a school, and seriously began looking for jobs,” she says.

A chance meeting with a former teacher would prove to be a blessing and bring her life back on track.

“She was my English teacher, and after I explained my desperate situation to her, she told me about Hamari Kaksha, a non-profit organisation that provided education to underprivileged children. She further told me that I could join them as a teacher, but would be under probation for a week and only if my skills met their demands, would I be employed. Fortunately, for me, they loved my teaching method, and thus, things slowly started falling in place,” remembers Mamta.

From the founder to fellow teachers, everyone looked out for her. Mamta shares that it was all thanks to their insistence, that she decided to complete her undergraduate studies.

“And in 2012, after eight years of hiatus, I was finally a graduate,” she proudly shares.

Mamta credits Anuradha, the founder of the organisation, for helping her through this time with not only study material but also paying for her course fees.

“She pushed me to complete an office management course. Thanks to her belief in me, I got to teach at three different schools through Hamari Kaksha. In addition to that, I also work as a paralegal volunteer with the State Legal Services Authority,” she happily adds.

A series of daunting circumstances in any person’s life can either leave them broken and disinterested with life or strengthen them to hit back with even more vigour. Mamta chose the latter way out.

“Throughout my life, I’d faced many struggles. But one thing I’d learnt from these testing times was that you need to believe in yourself and that you are capable of overcoming every setback life throws at you. Only then can you emerge successful in life,” she says.

Today, Mamta’s son, Sourav is a student of Class 9. She also shares that she has found a worthy partner. “We met in 2009. His constant support and encouragement has kept me motivated and six years down the line, we chose to start our life together. Things have been good since then,” she concludes.

You may also like: On Her Own: 3 Courageous Women Share What It Means to Be a Single Mother in India

Mamta has built a life steeped in resilience, and her determination to rise above personal hardship and tragedy is truly commendable.

We wish her the very best and know that her story will inspire us and our readers to never stop believing in ourselves.