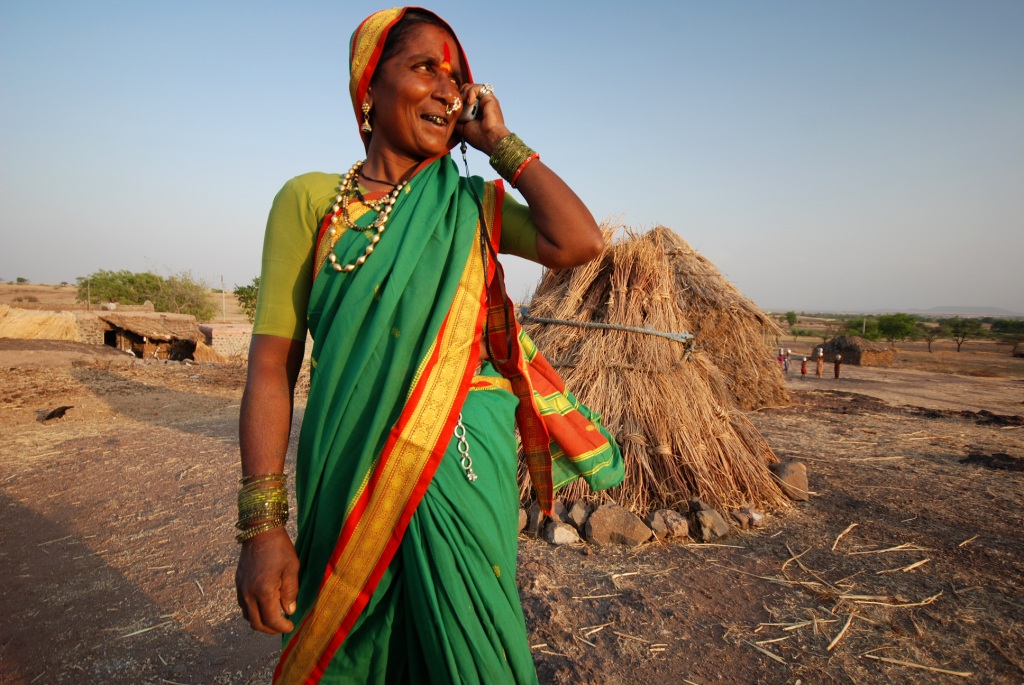 The focus is on empowering rural women with low income.
Promotion

This bank does not only provide loans to rural women but also customizes repayment policies as per different women’s needs. Providing loans for things as basic as mobile phones to helping women set up their own enterprises, this unique bank started by Chetna Sinha is empowering women in Indian villages.

Balubai Jaggu Jadhav, a daily wage worker in Shignapur, was abandoned by her husband when he took up with another woman. She filed for divorce and her husband transferred all their property and farms to someone else, leaving her with no way to support herself. Left with a huge debt and two children, Jadhav had nowhere to go.

This is when she took a small loan from Mann Deshi Mahila Sahakari Bank and enrolled in the 1,000 Deshi Entrepreneurs Programme to learn about marketing and finance. Today, she is self-sufficient and able to provide quality education to her children.

Jadhav is one of thousands of women this one-of-its-kind rural bank has helped so far.

From helping women buy cellphones to providing loans for bicycles, Mann Deshi Bank is catering to even the smallest needs of these village women.

Started by Chetna Sinha in 1997, the bank has eight branches now, which reach out to over 300,000 women through 140 field facilitators. “Mann Deshi is not just a bank. We aim to meet the needs of these women and also empower them to become stronger personalities,” says Chetna.

Born and brought up in Mumbai, Chetna was always inclined towards social service.

The idea of starting Mann Deshi came to her when a rural woman approached her seeking guidance on how to open a bank account.

“She wasn’t looking for charity, nor was she seeking any financial help. She just wanted a secure future for her family and wanted to save money. That is when I thought of starting a bank that could meet the needs of these daily wage workers,” Chetna says.

But everything didn’t fall into place right away. Chetna was denied a licence on the grounds that the women she would be giving loans to were completely illiterate. Though she was disheartened, Sinha received huge support from the village women, who persuaded her to pursue the idea and even asked her to educate them.

“I remember that we were in a meeting with officials from RBI and the women spoke so confidently. They said that we can calculate any interest on any principal amount faster than your employees, even without the use of a calculator,” Sinha recalls. Finally, strong will power, passion and the women’s undying support led Chetna to start this one-of-its-kind bank in Mhaswad, Maharashtra.

Mann Deshi’s micro credit plans range from loans for five years to even one day. From providing loans as low as Rs. 5,000 and offering women the flexibility to pay on a daily basis, the bank has cracked the right model to engage rural women.

This for profit bank has ISO 9001 – 2000 certification and a recovery rate of 98 percent. The bank provides individual loans where a client can receive a loan of less than Rs.15,000 with the signatures of two other women who act as guarantors. Women can also receive loans by using gold or collateral deposits.

Another interesting product is the daily loans facility for the clients. The money is recovered with the help of field facilitators. Every field officer handles 300 accounts and ensures recovery of the money. And because the repayment can start with amounts as low as Rs.15 or Rs.20, it is not a burden. Over 15,000 such transactions take place daily across 9 branches of Mann Deshi Bank.

Mann Deshi also provides group loans. This loan can be availed for an amount of Rs. 5,000 to Rs. 20,000 by opening a savings bank account. The loan is customized according to the client’s repayment capacity and requires weekly repayments.

“In various cases women can’t reach the bank. So we thought why not take the bank to them?” asks Chetna.

A network of over 108 women goes door to door to provide saving and repayment services. This technology friendly bank is also India’s first rural bank to use e-card technology for its banking operations. The e-card, which is an electronic version of a passbook, eliminates the risk of unwanted alterations in the passbook, increasing the efficiency of transactions.

Chetna’s efforts do not end with just the banking services. She is also engaged in empowering women by providing them education through a business school, which enables them to become entrepreneurs and helps them expand their businesses.

Vanita Pise was running a successful milk-vending enterprise but she wanted to start a new venture. She approached Mann Deshi, seeking help to set up a paper cup making venture. With Mann Deshi’s intervention she managed to successfully start the business and even received the Outstanding Woman Social Entrepreneur Award from former Indian Prime Minister, Manmohan Singh.

What started with a share capital of Rs. 600,000 is now a bank that deals with over 200,000 women through 8 branches and 140 field officers in Maharashtra and Karnataka.

From empowering women to making them more confident and self dependent, Mann Deshi has played a crucial role in the lives of rural women.

Mann Deshi Bank wants to reach out to over 1 million rural women by 2020 and also wants to start operations in other states of India.

Mann Deshi has definitely created a revolution in the field of micro credit. With so many success stories, the journey ahead can only get better.