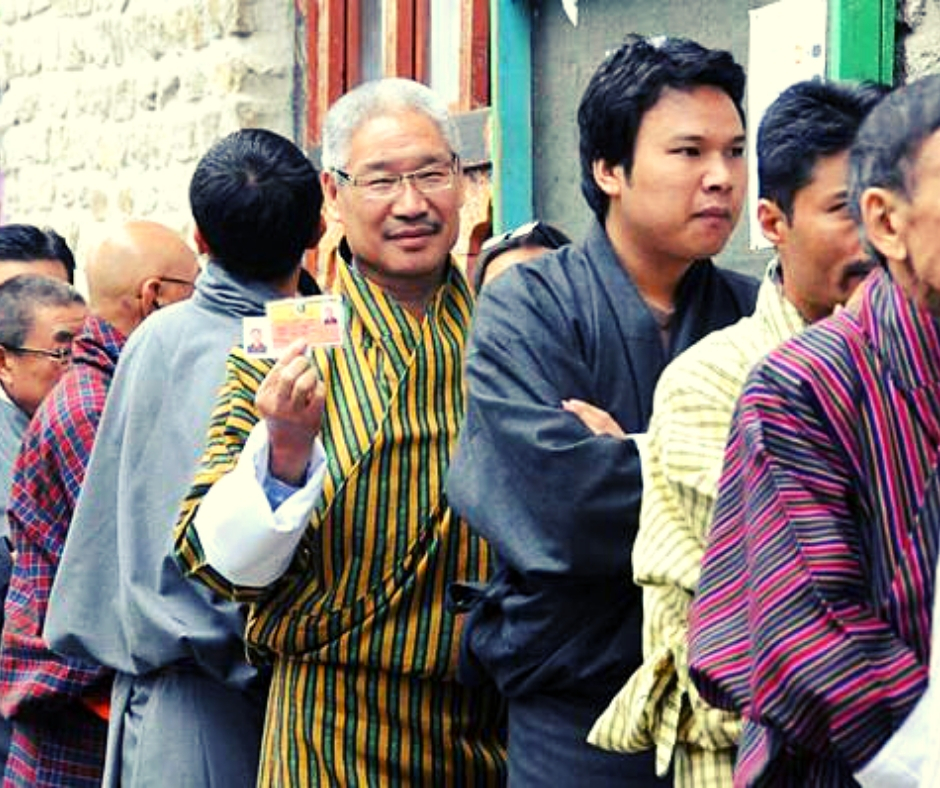 In 2008, the once reclusive Land of the Thunder Dragon further opened its doors and joined the world’s democracies. Here’s the crucial role India played in it.

Bhutan is in the select class of nation states which has managed to combine age-old values and customs with the favorable elements of modernity. One fine example illustrating this seamless merging of values is the erstwhile Himalayan kingdom’s transition to a modern democracy.

Bhutan’s first step towards a representative government began with the formation of its National Assembly in 1953 during the reign of Druk Gyalpo (‘Dragon King’) Jigme Dorji Wangchuck.

At a time when Bhutan was more or less closed to outsiders, it was Jawaharlal Nehru’s historic visit in 1958 which compelled the erstwhile kingdom to open up its borders. The story of how Nehru rode to Bhutan on yak-back persuading its people to come out of self-imposed isolation is told even today.

There is probably no democracy in the world that has influenced Bhutan more than India. Receiving both political, financial, military and developmental support, Bhutan has long prospered on the back of the Indian establishment. It even adopted our erstwhile economic strategy of five-year plans.

However, Bhutan’s transition to a full-fledged democracy took a serious turn in 2001, when Druk Gyalpo Jigme Singye Wangchuck, commanded the drafting of the country’s Constitution.

Despite the challenges of this transition, it was the hope that one day Bhutan could establish a democratic government.

On December 29, 2005, the king declared that Bhutan would conduct its first full-fledged parliamentary elections in 2008–the centenary of the Wangchuck Dynasty.

With elections to the National Council and National Assembly in December 2007 and March 2008, respectively, Bhutan transitioned to a democratic constitutional monarchy.

Playing a key role in this transition was the Government of India and the Election Commission of India.

“Immediately after its (Election Commission of Bhutan) establishment (on January 16, 2006), the ECB was invited by the Election Commission of India to visit the country and study its electoral system and conduct of elections…First-hand exposure to the Indian election machinery was a godsend of a crash course,” writes Dasho Kunzang Wangdi in an essay.

He was the then Chief Election Commissioner of Bhutan.

On 21 April 2007, a mock election was held to help familiarise the population with the electoral system. Elections were held in all 47 National Assembly constituencies, with 1,000 voters at each of the 869 polling stations.

One of India’s contributions was the introduction of electronic voting machines (EVMs), a user-friendly voting device. Although EVMs have recently come under fire in India, they present a functional electoral system that upholds the philosophy of universal suffrage

“The secrecy of the vote is fundamental to a free and fair election, the sanctity or the violation of which could ultimately determine the election’s outcome. It, thus, became essential for the ECB to choose the right electoral system and technology. Hence, the decision to use the Indian EVM over the conventional ballot paper method and even sophisticated computer systems used in other countries was a crucial one. Bhutan received the EVMs as a gift from the people and Government of India, which was a fitting gesture for Bhutan’s embrace of democracy,” writes Wangdi.

Not only did the use of EVMs ensure a system of voting that was both smooth and efficient, but also allowed the nascent democracy to declare the results on the day of the rolls in March 2008.

What attracted Bhutanese authorities to EVMs were their “portability and convenience of setting up in any environment, and speed and reliability in counting”.

In any transition to democracy, a critical facet is how the people accept the outcome. The use of EVMs proved very useful in that regard.

This was also a critical element in conducting smooth, free and fair elections. VPIC today uses biometric technology for its voter identification system.

Besides a transfer of electoral technology based on a 2006 MoU between the two respective election commissions, it was India’s then Chief Election Commissioner N Gopalaswami, former foreign secretaries Shyam Saran and Salman Haidar, and a team of chief electoral officers from Tamil Nadu, who were involved in observing the Himalayan kingdom’s first foray into electoral democracy.

Bhutan has since regularly sent teams to observe polls at the Parliamentary and Legislative levels in India, absorbing new methods of monitoring like live webcasts, SMS technology along with other mobile-based applications and services.

Also Read: 50 Years of Bhutan-India Ties: 7 Times We Were Each Others’ Best Allies

It’s only been a little over a decade since Bhutan conducted its first elections. However, it continues to evolve with notes from its neighbours.