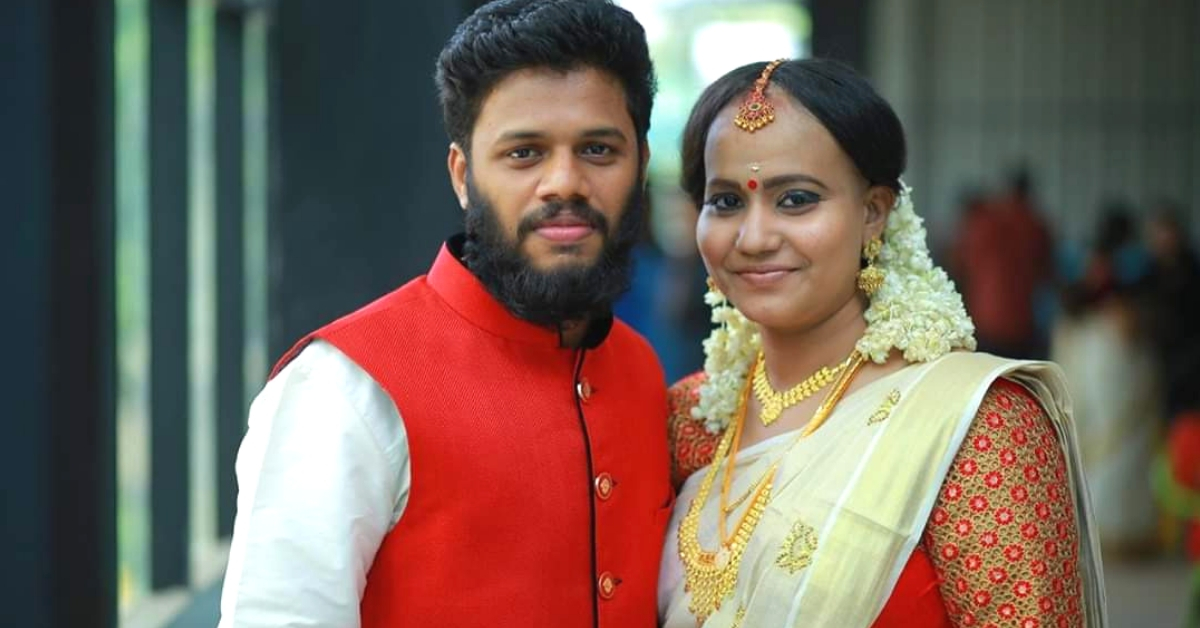 It is rare to come across a love story as simple and extraordinary as Sachin and Bhavya’s, for whom nothing was a barrier on the path leading to their union, not even cancer.

After completing his undergraduate studies, when Sachin Kumar, native of Kerala’s Pothukal town signed up for an accountancy course in Nilambur, little did he know that he would soon meet the love of his life.

Neither had the young man imagined the lengths he would go—all in the name of love.

“I’d joined the course a month before Bhavya began attending classes. We were friends for about six months before I finally mustered up the courage and told her that I liked her. Perhaps it was the fact that she hailed from a financially weak background, which initially elicited a soft corner in me, and I began looking out for her. When I told her about my feelings, she didn’t say anything, but I understood that she felt the same way. That’s how it all started,” the 23-year-old tells The Better India.

For two months, it was the time of their lives as their love for each other cemented.

But as nothing good in life comes without its share of obstacles, Sachin and Bhavya too faced their share of troubles—in the form of a sharp objection from Bhavya’s family.

“In fact, they were so opposed to the idea of us being together that they even asked Bhavya to leave the house and never come back if we were to get married,” Sachin laughs.

Even Sachin’s family were not too keen about their relationship, but the duo didn’t let any of these oppositions affect them. Shortly after their course ended, Bhavya began working at an institute.

Around this time, she began to complain of back pain.

“We thought that it was because of her daily bus travel to work or the hours she spent sitting in front of the computer. She even went through two weeks of treatment for the same but to no avail. When her pain became unbearable, we went to a doctor for a check-up. The scan showcased a small projection on her bone, and we were recommended to consult much more specialised practitioners,” he recalls.

Without the knowledge of their parents and with the help of their friends, the duo headed to Kozhikode to get Bhavya tested—only to discover that she had stage 4 Ewing’s Sarcoma—a rare type of cancer that affects bones, and particularly the spine. 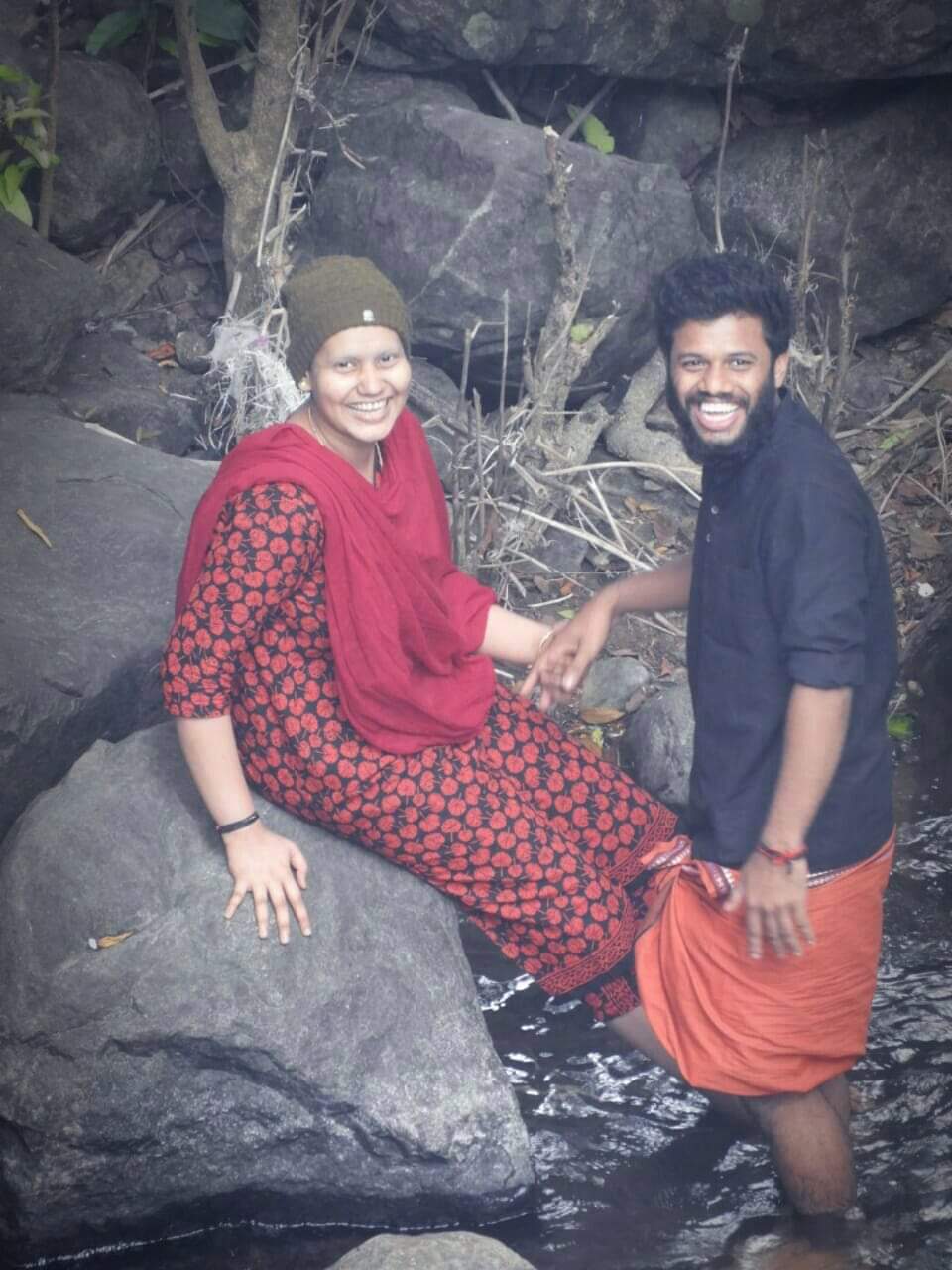 “The doctor told us that there was no time to waste. She had to start with chemotherapy as soon as possible. It certainly wasn’t financially easy for Bhavya’s family to fund for the sessions as these were expensive, so I teamed up with my friends and did odd jobs to raise money. On March 21, she had her first chemo session,” he says.

Knowing that she would lose all of her long, dark tresses because of the radiation, Bhavya tonsured her head before the session—a decision that Sachin wholeheartedly supported.

At a time when most people would walk away than offer comfort and support to the afflicted, Sachin came to the most important realisation of his life.

“When cancer came unannounced into our lives, I realised how much I loved her, and if there was only so much time left, then I wanted us to spend every second of it, together. Despite opposition from both of our parents, and especially with Bhavya’s precarious condition, we got engaged and that too, on April 1!” says Sachin, with a laugh.

But with the need for regular chemo sessions, the cost became a concern for Sachin, who decided to forsake his dream of going to the Gulf for better prospects. 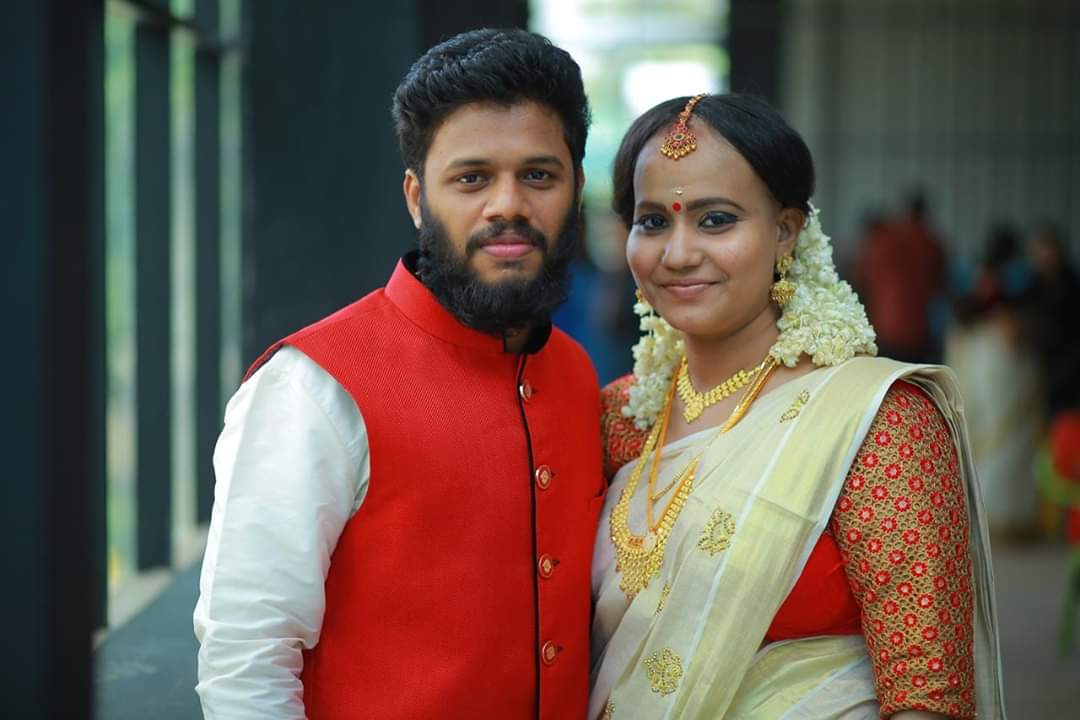 Instead, he took up a job as a tile-laying daily wage labourer to make ends meet.

Also, a lot of monetary support flowed in through social media which was made possible with the help of their friends.

Five months and six chemo sessions later, in November last year, Sachin and Bhavya got married in the presence of their parents and relatives. Sachin admits that they had spent considerable time convincing them until the very last moment.

Six days after their wedding, when the couple went for a check-up, heartening news awaited them.

“While the initial prognosis ruled out any possibility of the surgical removal of the tumour on Bhavya’s spine because of her advanced stage, our immediate intervention with chemo sessions paid off. The doctors were now confident about removing the tumour from her 10th vertebrae, which had considerably shrunk,” says Sachin.

The surgery was a success and so far, Bhavya has completed 13 sessions of chemotherapy. 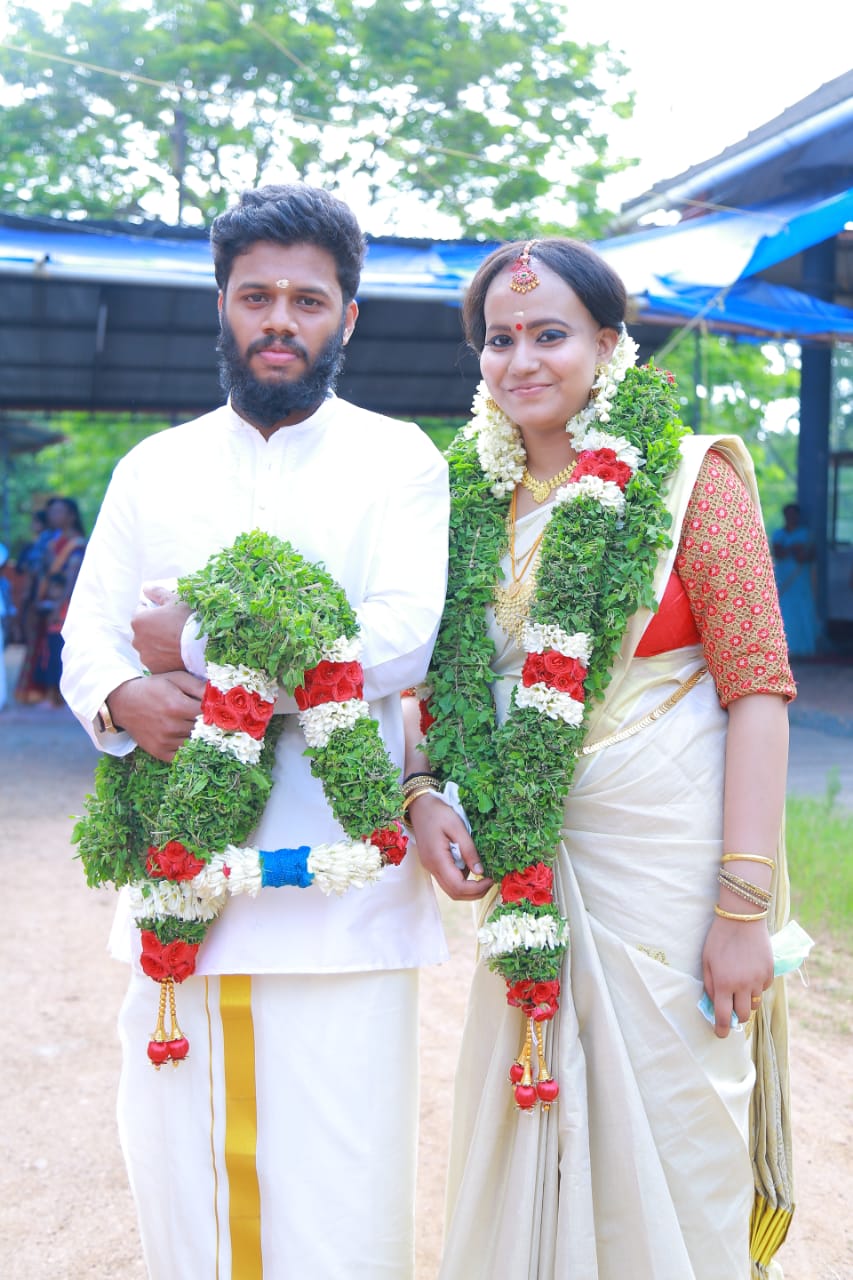 Three more sessions remain before the doctors can pronounce her cancer-free, after which, she would only need to continue with regular medication.

“Nobody has given a 100 per cent guarantee, because this is a recurring disease. While we are all praying that it should not happen, there is a chance that the tumour could come back in five years,” adds Sachin.

Interestingly, throughout their journey, cancer wasn’t the only enemy they were fighting. Several people had teamed up in Nilambur to help the young couple crowdfund their medical expenses.

“Earlier this year, rumours started floating that we were misappropriating the money that well-wishers had raised for Bhavya’s treatment by spending it on ourselves. It went to the extent of WhatsApp messages being circulated across the city. We were so heartbroken as we had spent a lot of effort into saving money by not staying in hospital rooms but cheaper ones and through other practical ways. Friendships turned sour, and relatives started calling us names; it has been a tough time, and despite Bhavya’s condition improving, the fight to clear our names is one we are currently struggling through,” Sachin shares, sadly.

You May Also Like: Assam’s ‘Nightingale’ Is An Example of What Unconditional Love Is

It is rare to come across a love story as simple and extraordinary as Sachin and Bhavya’s, for whom nothing was a barrier on the path leading to their union, not even cancer.

“Cancer can’t do us part,” signs off Sachin, and with that, we wish Bhavya a speedy recovery and a life full of happiness for the young couple.

If you wish to provide any form of support towards Bhavya’s treatment, find the details below.