5 Amazing Women Who Have Shunned The Tag Of ‘Rape Victim’ And Emerged As Winners. #Respect.

From putting the perpetrator behind bars to helping victims of commercial sex exploitation and rape, these 5 amazing women have risen from the ashes stronger than ever. Know more about these inspiring women who are a motivation to all of us.

From putting the perpetrator behind bars to helping victims of commercial sex exploitation and rape, these 5 amazing women have risen from the ashes stronger than ever. Know more about these inspiring women who are a motivation to all of us.

It has been exactly two years since the horrific Delhi gang rape took place that left the entire nation in turmoil. With India’s latest comic superhero(-ine) Priya Shakti being a gang rape survivor who hopes to reduce gender-based violence in the country, we now see a gradual change in attitude, though we still have a long way to go in our acceptance and empathy as a society towards victims of this heinous crime.

While we could not save Nirbhaya (the fictional name given to the gang rape victim of December 16, 2012) from her terrible reality, here are five women who have not only risen from the ashes but have emerged stronger than ever from their adversity. They are not “rape victims”, not even just “survivors”, but “winners”, who are an inspiration to us all and who restore our faith in woman power. Krishnan was a social worker since childhood. She would teach dance to mentally challenged children when she herself was just eight years old. She was gang-raped when she was 12. The horrific incident left her angry, but instead of lamenting over her fate, she started an anti-trafficking organization Prajwala which works with the police and other law enforcement agencies to fight commercial sexual exploitation. Through her organization, she is actively rescuing and rehabilitating victims of sex-trafficking into society. Krishnan was also recently awarded the prestigious 2014 Nelson Mandela-Graca Machel Innovation Awards on November 24 at Johannesburg, South Africa. She is the first Indian to receive this honour. Her inspiring story is a motivation to all of us, especially those who are still fighting the horrific memories of rape. Know more about her here. Jordan has come a long way from being labeled the “Park Street rape victim” to “Suzette Jordan, the survivor”. She still remembers the horrifying night when she was gang-raped in a moving car in Kolkata. A single mother, instead of empathy she received criticism from the society who called her “characterless” and also accused her of probably being involved in prostitution! But one day Jordan thought to put an end to it and revealed her identity to fight against the blames and the crime. “My children gave me the strength to fight,” she said in a television show. “I want to instill in them the feeling of being fearless. I want to show them that even in the worst situation, being strong is the only way,” she says. Today she is living a dignified life and demanding the justice which she deserves. She also went out and supported the family of another college girl who was brutally raped and murdered. 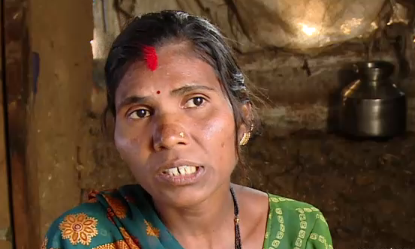 Urmila, a Dalit woman who hails from a small village in Madhya Pradesh, was living a normal life with her husband and three kids when one day a man broke into her house when she was alone and raped her. She somehow managed to escape and went to the police station where no one filed her complaint till morning. She then went to Harijan’s police station, and after a few hours, her complaint was registered. Since then, her life completely changed. The society blamed her and the neighbours and community cut off all communication with her family. She decided to fight back, and with her husband’s support, she managed to stand tall even in the most difficult situations. The criminals pressurized her to take the police complaint back, they even beat up Urmila and her husband brutally, but she faced them bravely. Urmila is an inspiring example of how, no matter where you are and which community you belong to, you should never be afraid to raise your voice against wrong. She is still putting up a brave fight for justice. The 20-year old construction labourer Sita was kidnapped, gang-raped and thrown on a railway track to die by a co-worker she had a small fight with. She became physically disabled and was abandoned by her own mother because she was no longer of any “use” to her in earning money. Instead of getting defeated by this harsh reality, Sita not only sent her violators to jail but also rebuilt her own life from scratch. Wheelchair ridden Sita did not shy away from filing a complaint against her mother too, who was abetting the criminals against her daughter. To give a new shape to her life, she joined a bridge school run by Prayas NGO, and with the help of her immense passion and will power, she managed to secure admission in class eight at the government-run Kasturba Gandhi Balika Vidyalaya (KGBV). Sita is an inspiration to all of us and proves that nothing can beat a strong willpower. Read more about her here.

Bhanwari Devi’s case has created a lot of stir across in India. She was gang raped 22 years ago in Rajasthan and is still fighting for justice. Rather than giving up on life like many other girls do, she chose to fight against the crime. Today she is an icon for thousands of Dalit women and is leading the way to women empowerment. She was invited for the United Nations Fourth World Conference on Women in Beijing. She was also awarded the Neerja Bhanot Memorial Award worth Rs.1 Lakh, for her “extraordinary courage, conviction and commitment”. She has received many awards and great recognition for her courage and she also supports many women to fight for justice, but the biggest irony is that she hasn’t received justice yet. Read more about her here.

We salute these brave women who not only had the courage to put their own adversity behind them but also to stand up against injustice and help other victims rebuild their lives. That certainly requires a supernatural strength of character, and for us, that makes these women the superhero(-ines) we admire!