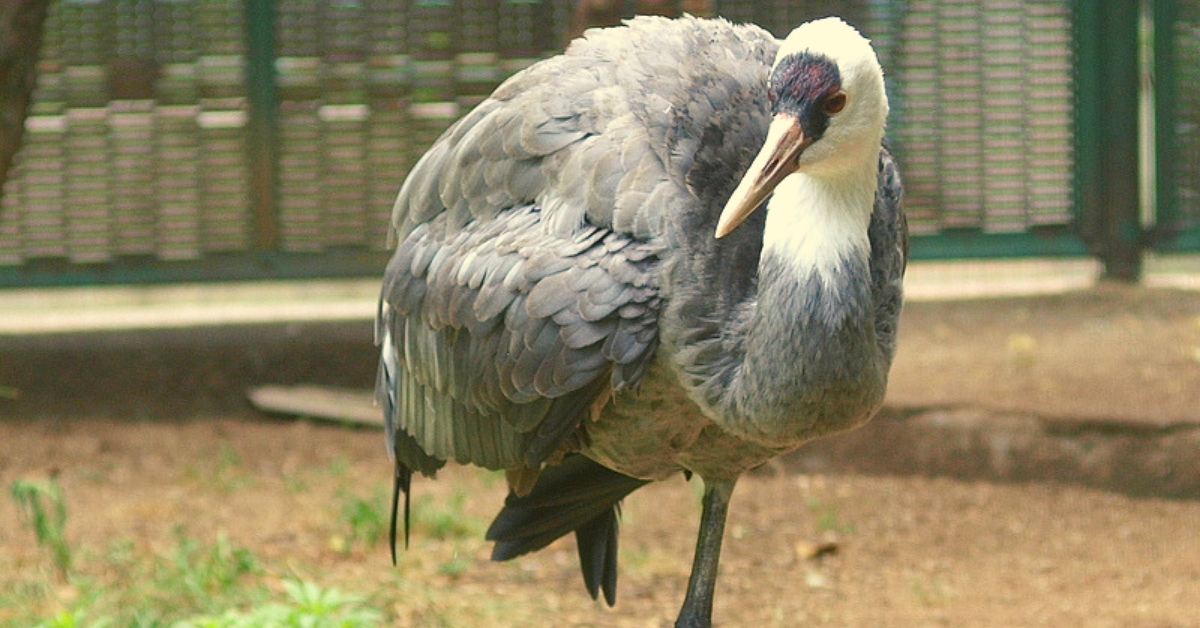 The helpless crane fought for its life – entangled in the sharp strings of Chinese manja. But luckily highly qualified help was at hand!

Under a sky carpeted with colourful kites on Makar Sankranti, a helpless crane fought for its life, while entangled in the sharp strings of Chinese manja.

It was a victim of one of the most prominent festivals, Uttarayan, celebrated across the state of Gujarat. With the sharp strings of the kite piercing her fragile body, the bird was found covered in blood, with torn feathers and fractured bones.

If not for Dr Ashish Mehta, a city-based orthopaedic doctor, and the veterinarians, the crane would’ve met the same fate as many avians that fall prey to the kite-flying festival.

On January 14, the crane was spotted by a good Samaritan, who rushed it to an NGO, Shree Danev Foundation, for treatment.

It was bleeding profusely, and as the first step, a team of vets tried to stop the bleeding. A little later, the bird was found to have sustained a critical bone fracture, which needed surgery.

“We treated it and kept it in isolation for a day. We planned to operate on it on January 15,” said Purvi Rahul, trustee of the NGO to the Ahmedabad Mirror.

It was then that they decided to seek help from a prominent city orthopaedic, Dr Ashish Mehta.

Although a doctor that treats humans, Dr Mehta’s expertise was crucial, they added.

“The surgery required a drill machine which we did not have. We had a veterinary doctor, but he had never used the machine and was not confident about performing the operation. We needed an expert to handle the drill machine which was essential for the bird’s surgery. Since veterinary orthopaedics was not as advanced as human orthopaedics, we decided to get a doctor who performed surgery on humans,” she told the publication.

And, on January 15, after an hour-long operation, Dr Ashish Mehta, along with three veterinarians, executed a surgical procedure, commonly done for humans, by inserting rods into the bird to fix its fractured bones.

“As the next day was a holiday, we were unable to get through to several doctors. Finally, Dr Mehta agreed to help us with the surgery. He sought an X-ray to figure out what actually happened to the bird. We got in touch with radiologist Sharad Shah. The X-ray revealed that the bird had sustained severe damage to its right limb and wing,” she explained.

A member of the Grus Grus species, the crane, is now recovering at the wildlife care centre in Bodakdev, thanks to their efforts. It was shifted there on January 17.

A bird-lover himself, Dr Mehta, who runs a hospital in Vasna, was aware of how big a challenge the surgery was. But, he was not ready to let his fear stop him from saving a life.

“It is very rare for an orthopaedic, who treats humans, to treat birds. I have helped veterinarians perform surgery on dogs and cats. I have also read a lot about birds and animals, which gave me the confidence to carry out this surgery,” he said.

Also Read: Amazing! Here’s How Thousands From Ahmedabad Came Together To Rescue 4506 Birds

Speaking about the experience, he added, “Performing the surgery is complicated and expensive. We inserted a rod used to treat humans, to repair the bones of the crane. The bones play a huge role in helping the crane fly. So, it was important for us to get it right. It was a different, and satisfying experience.”

Applauding this initiative, a wildlife expert, Raag Patel, added that such surgeries are rare, especially in the case of birds.

“Usually, major operations on lions in Sasan are done in the presence of orthopaedics who perform surgeries on humans. It is good that veterinary doctors take advantage of the skills that such doctors bring to the operation table,” said he.

Like him, we too feel that such medical strides that expand beyond helping humans alone are great examples to the world. After all, the value of life goes beyond the distinctions of gender, race or even species!