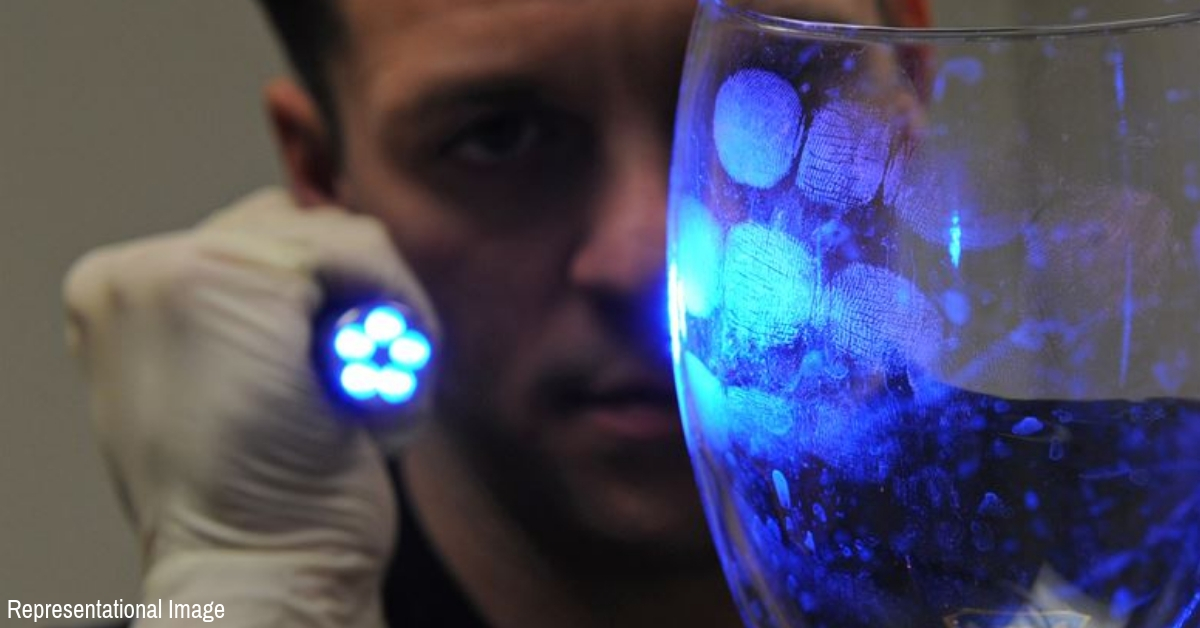 A new nanomaterial developed by a group of Indian scientists promises to overcome such difficulties and also make the process of reading latent fingerprints faster.

Invisible fingerprints accidentally left behind by criminals are often difficult to decipher because available techniques can’t capture all the nuances in them. At times, they may be unclear because of damaged fingers.

A new nanomaterial developed by a group of Indian scientists promises to overcome such difficulties and also make the process of reading latent fingerprints faster.

The nanomaterial, consisting of semiconductor particles that are a million times smaller than a millimetre, is luminescent.

All one will need to do is: sprinkle the nanomaterial on the surface where fingerprint has been left behind, capture the image and use a UV lamp and process it to reconstruct the fingerprint.

Researchers said that such fingerprints could be captured using a mobile phone too and transmitted to forensic lab from any crime scene.

The new material has been developed by doping manganese and copper atoms on zinc sulphide nanosystem.

By replacing zinc atoms with those of copper and manganese, researchers could change the optical properties of zinc sulphide nanosystem. When this material is applied to latent fingerprints, its strong visible luminescence property helps decipher fingerprints.

In laboratory experiments, the nanoparticles could help identify all the minute patterns of fingerprints such as island, fork, core, bifurcation, short ridge and ridge ending even with fingerprints that were two months old. 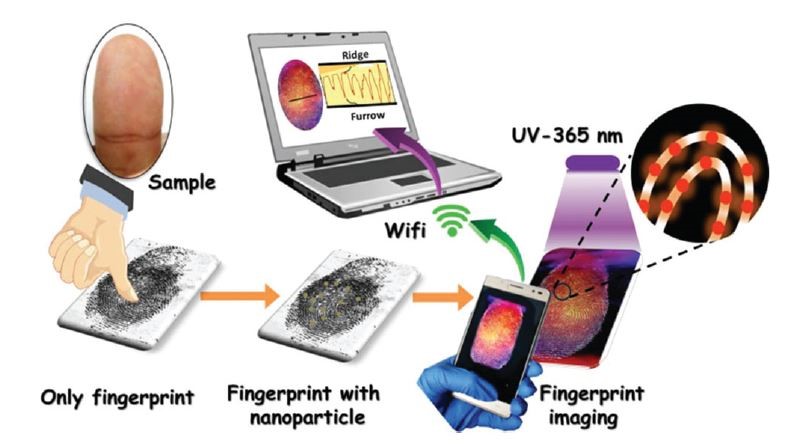 “The finely-resolved intensity patterns of fingerprints that this material yields shows that it has great usefulness in meeting the various demands in latent fingerprint detection,” Dr. Chandra S. Tiwary, a member of the research team at Indian Institute of Technology Kharagpur, told India Science Wire.

Researchers plan to improve the light emission efficiency of the nanomaterial and also develop a smart portable device for application in the forensic sector for online retrieval of data and identification of latent fingerprints. The group has also used the new material to develop white LED.