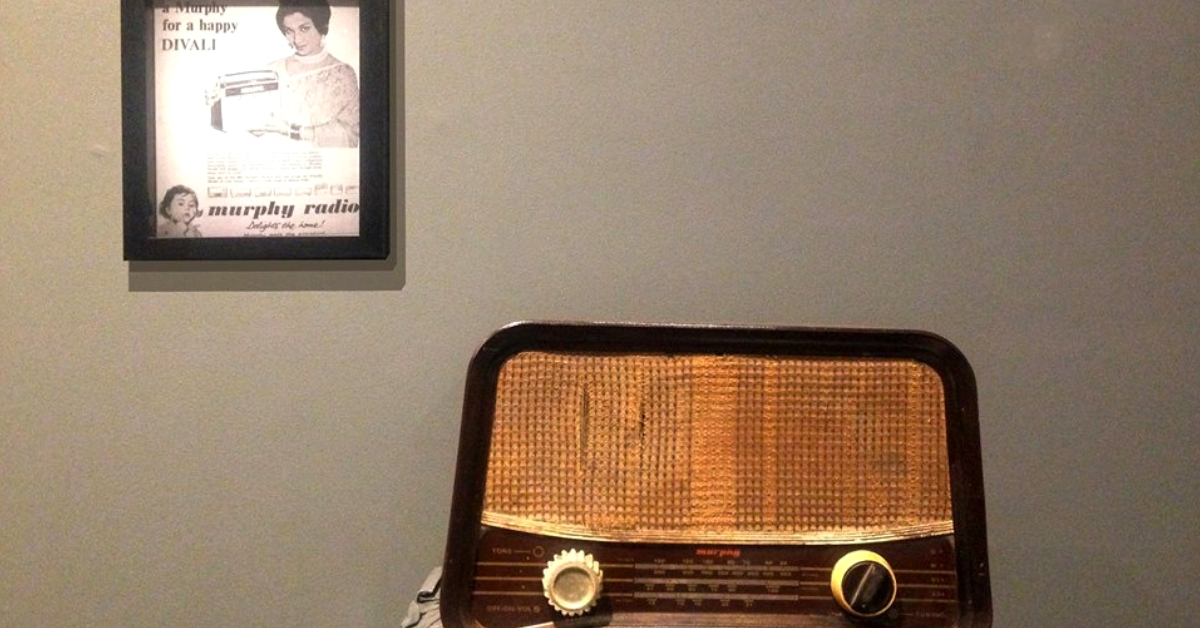 “The radio set was a common possession where I lived, but even then, there would be a huge crowd at our place, eager to listen to the cricket commentary.”

This Republic Day, we take a look at the iconic objects that collectively defined the Indian experience over the past 68 years. From things that brought the world to our living rooms to tasty treats, take a nostalgic journey down memory lane!

Members of the Joshi family would gather around their prized possession at 7 every evening. The main door of the house was open–it wouldn’t be long before the neighbouring kids, their parents and maybe even grandparents joined the regular party.

A beautifully knit blue-green cover protects the wooden radio box which is only taken off when the radio is switched on and tuned in. One member of the family reaches the top shelf to pull out the long antenna of the radio and turns the two knobs till the radio frequency sets perfectly.

In the 1960s and 70s, when the television was still a rich man’s luxury, it was Murphy Radio that brought people together.

Although the radio set was a device even the upper-middle-class boasted on owning, it was still more accessible and affordable than the TV.

The Murphy Radio was founded by Frank Murphy and E J Power in 1929. The radio company had manufactured sets for the British Armed Forces to use during the Second World War, but they aimed to make radio sets “a homely gadget”, one that did not need military expertise to operate.

In a 1931 advertisement, Murphy had said, “Your wireless set should not be a “gadget” which only “Father” can work. It should be something which can be used and enjoyed by everybody in the family. That is why, I made it my business to see that all Murphy sets are extremely simple to use, cheap to maintain and always reliable. The constant high standard of reproduction is an outstanding feature of all Murphy sets.”

Although the founder left his company in 1937 to establish another called the Frank Murphy Radio or FM Radio, the name ‘Murphy’ stayed.

This brand debuted in Indian households in 1948–just a year after we got independence and even before we became a republic!

Immediately, it became a popular source of news and entertainment.

Jyoti Sohini, a 70-year-old homemaker from Pune, fondly recollects the ‘Murphy days’. “It was a very popular brand in those days. The Murphy Baby calendar especially was very famous. The radio set was a common possession where I lived, but even then, there would be a huge crowd at our place, eager to listen to the cricket commentary,” she tells The Better India.

Adding to the programmes that they listened to in that era, Jyoti says Radio Ceylon, Binaca Geetmala, Vividh Bharati and Pune Kendra (a local news bulletin) were popular.

Much like this family in Pune, India fell in love with the brand and its adorable mascot–the Murphy baby or Murphy Munna. Print ads featured the chubby-cheeked Rinpoche, looking inquisitively, with a finger placed near his lip, instantly garnering the adoration of Indian families.

You May Also Like: This Trailblazing Woman Was India’s First Newsreader. Yet Few Indians Know Her Story.

The three-year-old Kagyur Tulku Rinpoche fascinated many mothers or expectant mothers of that era. For millennials like me, the perfect reference point is Anurag Basu’s 2012 film, Barfi, where Ranbir Kapoor’s reel life mother names him after the Murphy because “Murphy Munna jaisa lalla, Amma ka tha sapna” (Mother wanted a baby just like the Murphy’s).

Speaking to the Hindustan Times about this shot to fame, Rinpoche said, “I was three years old and used to reside in Manali. Everyone in Manali knew about the ad.

The makers wanted me in the ad, as the original Murphy baby who was a girl, had died. They were looking for someone identical.”

Rinpoche went on to become a monk for about 20 years before marrying Mandakini, an actress. But that is a story for another time.

Much like Rinpoche, Mohammed Rafi composed a tagline jingle for the brand to attract more customers.

68-year-old Kamlesh Chawla speaks to The Print about his childhood when he threw a tantrum to get a Murphy Radio after the Sharmila Tagore ad.

Catchy phrases that spoke of the Murphy Radio as something that “delights the home” and “sets the standard” added to the aspirational sentiment.

Kamlesh says, “I used to be a calm child. But I can only recall one instance where I had cried for many days insisting [that] my father buy a radio. He bought the radio set on Diwali. I still have a memory of placing the radio right next to the black-and-white Keltron TV set in our sitting room.”

You May Also Like: DD’s First Director General, This Man Was a Founding Father of TV Broadcasting in India!

Writing for the Caleidoscope, Levine Lawrence says, “Those were the glory days of BBC, Voice of America, Radio Moscow and our own All India Radio. Vividh Bharati, the colourful movie songs and trivia programme was transmitted by the Sri Lanka Broadcasting Corporation due to a ban on film songs on Akashvani!”

Eventually, the radio gave way for black-and-white TV, which in turn, was replaced by the colour TV and now, the Internet.

Even as we surf the web to find such fascinating stories about the times and technologies of the past, the simplicity of the radio and the magnificent events it covered–right from Nehru declaring India’s independence in the speech that still gives us goosebumps to the wars that India fought later–can hardly be replaced.