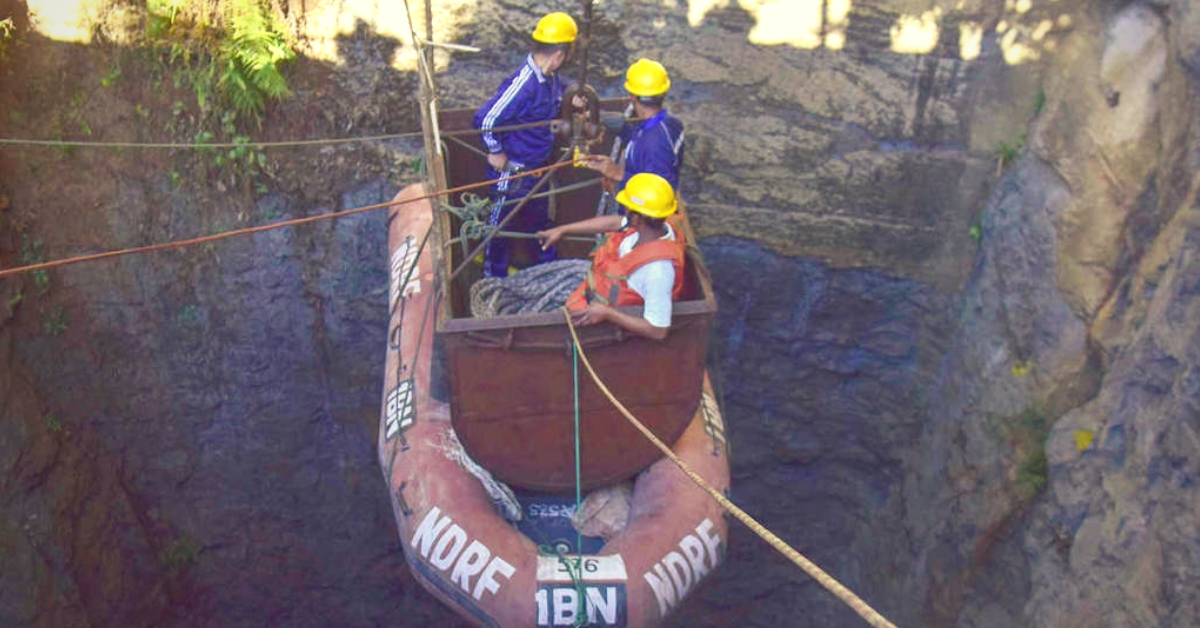 There is only the faintest hope that they are still alive. But why did we as a nation not pay attention?

On December 13, at least 15 workers were trapped after the shaft of a 370-foot deep illegal rat-hole mine that they were digging collapsed and flooded in the Ksan area of East Jaintia Hills, Meghalaya.

Had it not been for a few survivors who escaped before the mine collapsed, we would have never known that their fellow workers were trapped.

It’s been nearly a month, and we are no closer to rescuing them or retrieving their bodies from the rat-hole mine.

The National Disaster Response Force (NDRF), alongside the Indian Navy and Air Force, have been scrambling to rescue these workers for the past two weeks with little success.

Rescuers have been unable to pump out the excess water – touching 70 feet deep now – deemed too deep for divers to enter safely. As a result of the breach, water from the nearby Lytein river has flooded the mine.

In a submission to the Supreme Court, the Meghalaya government said that crore litres have been pumped out. But seepage from the Lytein river continues to hamper rescue efforts.

Having said that, the Supreme Court has urged the Meghalaya government to maintain rescue efforts.

“Carry on with your rescue efforts, what if all or at least some are still alive? Miracles do happen,” said the two-member bench headed by Justice AK Sikri. The Indian Navy has reportedly deployed five remotely-operated vehicles to rescue the 15 miners trapped.

These are the facts of the case as we know thus far. We don’t know for sure whether the workers trapped are alive or dead.

What we do know is that this story has once again escaped the attention of the mainstream media and prominent influencers on social media in India.

Unlike the Thai cave rescue operation in June 2018, when nearly 1500 journalists and 9000 volunteers from around the world arrived at the site to offer live updates of the rescue operation or offer assistance, the poor workers in Meghalaya had no one.

Not even the government, for nearly 15 days at least.

Sixteen days after 15 miners went missing, the Indian Navy concluded that they have the ability and technology to get divers into the mine.

Why did it take so long to call in these experts?

What’s worse, the Meghalaya government submitted a report to the Supreme Court earlier this week, stating that they had presumed all 15 miners to be dead on the very day the accident was reported.

“Due to the overflowing of water, the dead bodies are still trapped inside and could not be seen. Efforts are being made to recover the dead bodies by pumping the water with the help of generator and is in progress,” wrote Deputy Commissioner Federick M Dopth, in a letter to the NDRF, as reported by Scroll.

“In this connection, you are requested to depute team to this district for rescue operation.”

This was the letter the State government submitted to the Supreme Court. Speaking to one publication, an official on site with the NDRF admitted that on arrival they were “made to understand that the people trapped are dead”.

Just to give you some context, the football team trapped inside a Thai cave survived 17 days, and their rescue was deemed to be an impossibility until the Thai Navy SEALS and international experts performed miracles.

Maybe, the East Jaintia Hills district administration, the State government and other officials in India’s disaster relief establishment were apprehensive to admit that this disaster happened under their nose even though rat-hole mining is illegal.

Moreover, it was probably difficult to admit that they were poorly equipped to handle the situation and that it took 15 days before a request for pumps and urgent assistance from state-owned Coal India, Indian Navy and Air Force to materialise.

In any other country, this would have been a scandal. Not in India, and particularly, the Northeast.

Making matters worse, there were attempts by some in the media to push the narrative that the workers were dead on the day of the accident (December 27), when some divers of the NDRF had mentioned a “foul smell” emanating from the mine.

The NDRF soon clarified that the “foul smell” could also be a consequence of “stagnated water”.

Compare this to the Thai cave rescue efforts, where within just three days officials had 40 machines pumping out over four lakh gallons of water per hour.

The irony here is that some of the equipment Thai officials had requisitioned came from a Pune-based pump maker Kirloskar Brothers. The Indian company, in fact, not only sent equipment but a team of engineers.

They only joined the rescue efforts in Meghalaya around two weeks ago, once authorities reached out to them.

This isn’t the first time a tragedy has struck rat-hole mines in the state. By all accounts, working conditions in these rat-hole mines are hellacious and inhuman.

In 1992, a mine collapsed in the South Garo Hills, killing 15 workers. Their bodies were never found.

Those working in these mines, whether they are migrants or locals, take up these jobs as a consequence of crushing poverty. They have no other option, but to undertake such hazardous work.

There is seemingly no standard operating procedure to handle such disasters. The East Khasi Hill District Administration should have been equipped with these pumps, considering the area has a history of such mining-related disasters.

“Coal mining in Meghalaya enjoys political patronage. In fact, it would be interesting to find out which politician, which bureaucrat and which police official does not own a coal mine,” writes Patricia Mukhim, the editor of Shillong Times, in a column for The Indian Express.

So, what are we left with here? The eternal hope is that these workers are still alive, although that seems unlikely now. Imagine the outrage, if the workers are found dead, but post-mortem reports indicate that they were alive for a week or two?

No, there won’t be any outrage.

This episode once again goes onto highlight how the mainstream media, prominent influencers on social media and government authorities in India cares little about the plight of ordinary citizens in the Northeast.

There is no happy ending here. This is a call to wake up.