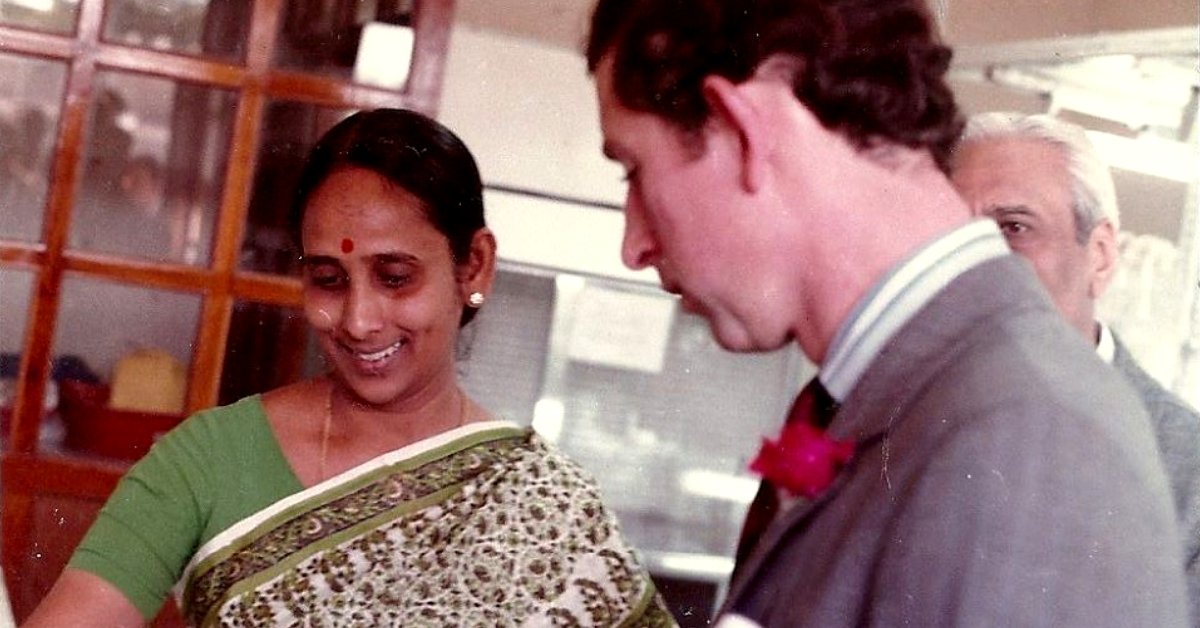 In the summer of 1976, a young scientist named Lakshmi Sita joined Indian Institute of Science (IISc) as a postdoctoral fellow. She had just completed her PhD after working on growth substances and tissue culture of sweet corn from Victoria University in the UK, and on her return to India, she was asked to work on a problem that had plagued forest officials in Karnataka for close to a century.

In 1891, a Forest Department official named McCarthy noted in his progress report for that year that the leaves and internodes of certain sandalwood trees in Coorg (now Kodagu) had become small and stiff in appearance. With time, the entire shoot started to resemble a ‘spike’ inflorescence, and the trees died in two or three years.

In the late 1920s, in order to investigate the cause of spike disease, scientists at IISc began working with the Government of Madras and the Coorg Commission. The disease – called sandalwood spike disease – continued to puzzle scientists globally until 1969, when it was confirmed that the causative agent was the parasitic bacteria, phytoplasma.

The disease was devastating. Nearly a million trees were removed from Mysore and Coorg between 1903 and 1916.

As sandalwood is used in the perfume and wood industries, the government of Karnataka incurred huge losses in the years that followed. This prompted scientists at IISc to look into the problem.

And when Sita joined the Institute’s Department of Microbiology and Cell Biology (MCB), it was suggested to her that she use her expertise in plant tissue culture to develop disease-resistant sandalwood trees.

Initially, plant breeders banked upon a type of asexual reproduction called vegetative propagation, through which a single plant produces clones of itself. Though this occurs naturally – as in potatoes – it can be induced artificially as well.

To induce vegetative propagation in trees, foresters would select trees that were inherently resistant to attacks by a pathogen – in this case, phytoplasma. However, they could produce only a limited number of plants by this method thereby limiting large-scale plantations.

So they turned to tissue culture. Plants are totipotent, which means a single plant cell can develop into an individual plant. Exploiting this property, plant biotechnologists transfer a portion of a plant to a test tube containing a synthetic and sterile medium which is a source of nutrients.

Unlike with herbaceous plants, culturing trees in a test tube poses significant challenges. Before Sita’s attempts, scientists hadn’t managed particularly well: although L Winton from the Institute of Paper Chemistry in Wisconsin tasted some success performing experiments on a deciduous tree – aspen – he managed to produce only four surviving trees.

In a process called somatic embryogenesis, she directed these unspecialised cells to form embryos and then the embryos to sandalwood plantlets. In a few months, Sita had hundreds of plants in her lab.

Cultivating an organism in a test tube is not a straightforward process; scientists are still trying to understand how simple cells develop into complex organisms. But Sita took a chance, and painstakingly developed this technology.

Sita’s technique brought down harvesting time. She showed that the heartwood (the central part of the wood known to give sandalwood its characteristic fragrance) from a seven-year-old tissue cultured sandalwood tree was almost equal to that of a 40-year-old naturally grown tree.

Next, she focussed on other commercially important trees like rosewood, eucalyptus and teak. Even to this day, one can see sandalwood and rosewood trees that were grown from tissue cultures, planted near the old MCB building, although the rosewood in the quadrangle has no label indicating its origin. It is unfortunate that few are aware of these trees, which were once widely celebrated.

After her stint as a postdoctoral fellow and as a Senior Scientific Officer, Sita went on to become Professor at MCB. Her plant tissue culture lab soon became a star attraction. From Prince Charles to Rajiv Gandhi and Ratan Tata, several visitors were directed to the lab.

“This is one area [of research] where people can see the transition from lab to field. Visitors were sent to the MCB department to show them what science can do,” says 78-year old Sita, as she looks at her photographs, during an interview at her home in Malleshwaram.

Her work also piqued the interest of the Forest Department. Swaminath, a silviculturist (someone who looks after forest trees) from the Department planted the tissue-cultured sandalwood in a nursery in Mudigere, Karnataka.

In an article that appeared in the Deccan Herald in April 1983, it was reported that the tree looked healthy and had an unusual bushy appearance.

Sita points out that it is not feasible to assess the quality in a short time since trees take a long time to mature. Establishing the tissue cultured plants into the soil is a delicate process. The tissue cultured tree also needs to breed true – passing traits to its offspring – to prove beneficial in the long run. “I have given some pieces to the Forest Department.”

Sita’s scientific exploration didn’t stop at trees. Through the 1980s and 90s, as the field of genetic engineering began gaining traction, Sita and her students wanted to create transgenic crops by introducing genes into plants that equip them with improved characteristics such as disease resistance or increased yield. They worked on tomatoes, capsicum, brinjal, groundnut, red gram, and cotton among others.

Plant biotechnologists hail transgenics as a solution to food scarcity and plant diseases, which cause massive losses to farmers.

Inspired by this technology, Sita joined hands with molecular virologist MS Shaila, who is now Emeritus Professor at the MCB department, to use transgenic plants to create edible vaccines against fatal viral diseases – such as rinderpest in cattle – as an alternative to a more sophisticated and expensive cell culture technique. As part of their study, Shaila and Sita introduced a rinderpest protein, hemagglutinin (H) into peanut plants. They fed this transgenic plant to cattle, hoping that the cattle would produce antibodies against the ingested protein.

Finding specific antibodies in the blood of the tested cattle meant that some of these antibodies stayed back as memory cells, protecting the immunised animal if rinderpest were to attack again.

The team was ecstatic that this could pave way for animal trials. Unfortunately, as India was a part of a global eradication campaign to eradicate rinderpest at the time, the World Organisation of Animal Health and Food and Agriculture Organization of the United Nations “laid out rules that virulent disease-causing virus strains should not be handled by researchers in any institution, other than [the] identified institution, which was Indian Veterinary Research Institute,” says Shaila. The disease was eventually globally eradicated in 2011. Later, Sita developed virus-resistant cotton plants.

Sita retired in 2001 after having worked on an array of issues that are central to crop improvement. To assess the safety of transgenic plants, it is important to conduct extensive field trials and this, in turn, requires substantial funding.

“People do not usually accept new technology easily unless there are a lot of financial gains.”

In addition, there is growing opposition to transgenics: a fear that inserting genes could have deleterious effects on the body and the environment. So far, Bt cotton is the only approved transgenic crop in India.

According to Sita, approval of transgenics should be similar to that of drugs.

Elaborating on this, she says, “Drugs could be withdrawn from the market if someone shows its negative impacts. The same can be done with transgenic plants. It takes about 20 years for a drug to come out – tests in the lab, on animals and humans have to be performed.” She insists that one must draw conclusions only after studying its long-term effects.

This article has been written by Rohini Krishnamurthy and was originally published as “Meet Lakshmi Sita, the biotech pioneer who mass-produced sandalwood trees from test tubes” in Connect.