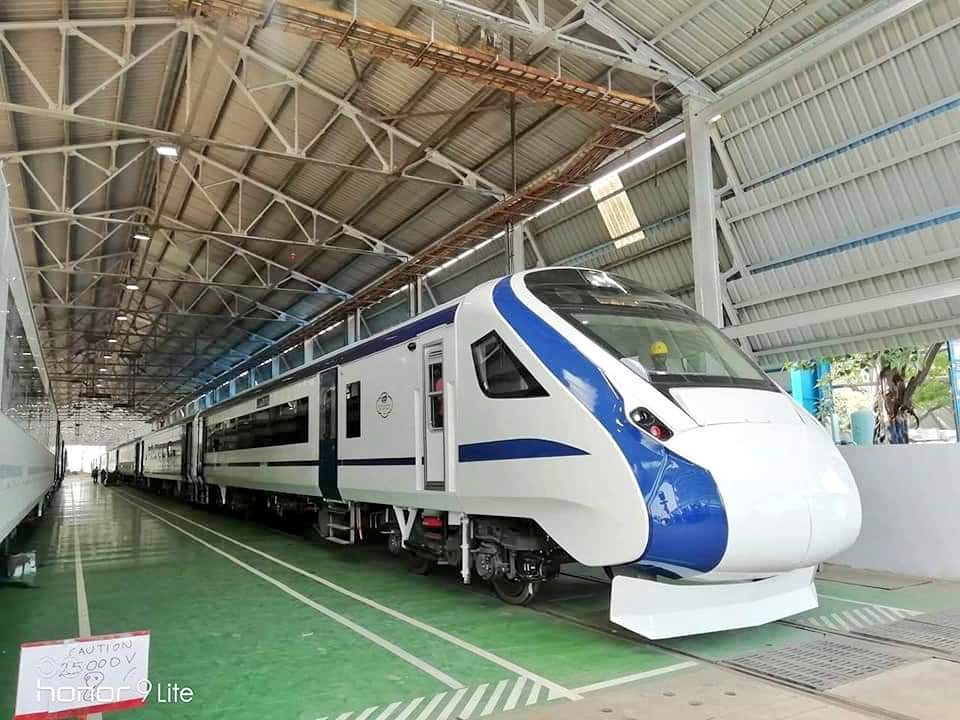 Indeed, this year, the national transporter had a long list of successes, including the fastest train, Asia’s second longest bridge as well as the least number of railroad accidents.

“2018, a year for many firsts,” Railway Minister Piyush Goyal said, referring to the Indian Railways’ achievements in 2018.

Indeed, this year, the national transporter had a long list of successes, including the fastest train, Asia’s second longest bridge as well as the least number of railroad accidents.

Here a look at six of them:

India’s first engine-less train and also the fastest, Train 18 (or T-18) made its debut on October 29, 2018. The 100% ‘Make in India’ project was manufactured at the Integral Coach Factory in Chennai at half the cost if a similar train were to be imported.

T-18 will beat the Shatabdi’s highest 130 kmph speed and run at a maximum of 160 kmph. Equipped with zero discharge bio-vacuum toilets, CCTV, automatic doors and even WiFi, the swanky train is likely to run an 800+ km route between Delhi and Varanasi. You can read more about the train here.

With the aim of updating the railway system through research, development and skilled human resources, the Union Cabinet gave the green light to the National Rail and Transport University (NRTU)—India’s first rail university—which opened in Vadodara earlier this year.

“The university plans to use latest pedagogy and technology applications such as satellite-based tracking, Radio Frequency Identification and Artificial Intelligence to improve on-the-job performance and productivity,” said Railway officials.

You can read about the courses it offers, eligibility and other information here.

Connecting Dibrugarh in Assam to Pasighat in Arunachal Pradesh, Bogibeel, the longest bridge in the country opened earlier this month. The 4.94 km long road-cum-rail bridge is also the second longest in Asia, and its design was based on a bridge that links Sweden and Denmark. You can read in detail about the marvellous bridge here.

In March this year, the Indian Railways created history by using indigenous technology to convert a diesel locomotive into an electric one. Switching to the greener alternative, the engine also promises to deliver 5000 HP power as opposed to the original engine that delivered 2600 HP.

You can read about how the IR converted this loco engine and about its cool features here.

Travelling in Mumbai local trains need not be about humidity, sweat and stink anymore. The Indian Railways launched AC local trains in the busy city, much to the relief of the millions of commuters who use the services every day.

Although the first AC train (local) ran between Churchgate and Borivali on 25 December last year, it was on 1st January 2018 that the train started making six trips (12 services daily).

You can read more about the features of the AC trains, its costs and the lines they will run on in this TBI article here.

You may also like: IRCTC Plans Affordable Pod Hotels Packed with Cool Amenities for Station Stopovers!

Reducing the number of accidents from 73 last year (2017- March 2018), the Indian Railways further reduced the figure to 45 between April and December 15 this year.

“Comparing the figures of the period between September 1, 2013 to August 31 2014, to that of the number between September 1 2017, to August 31, 2018, the fatality figures in collisions and derailments (whose causes the railways can address, according to the official) taken together have come down from 62 to 4—a 93 per cent reduction…” a senior railway official had told NDTV. Read here how the national transporter achieved this amazing feat of bringing the number of fatalities by 84%.