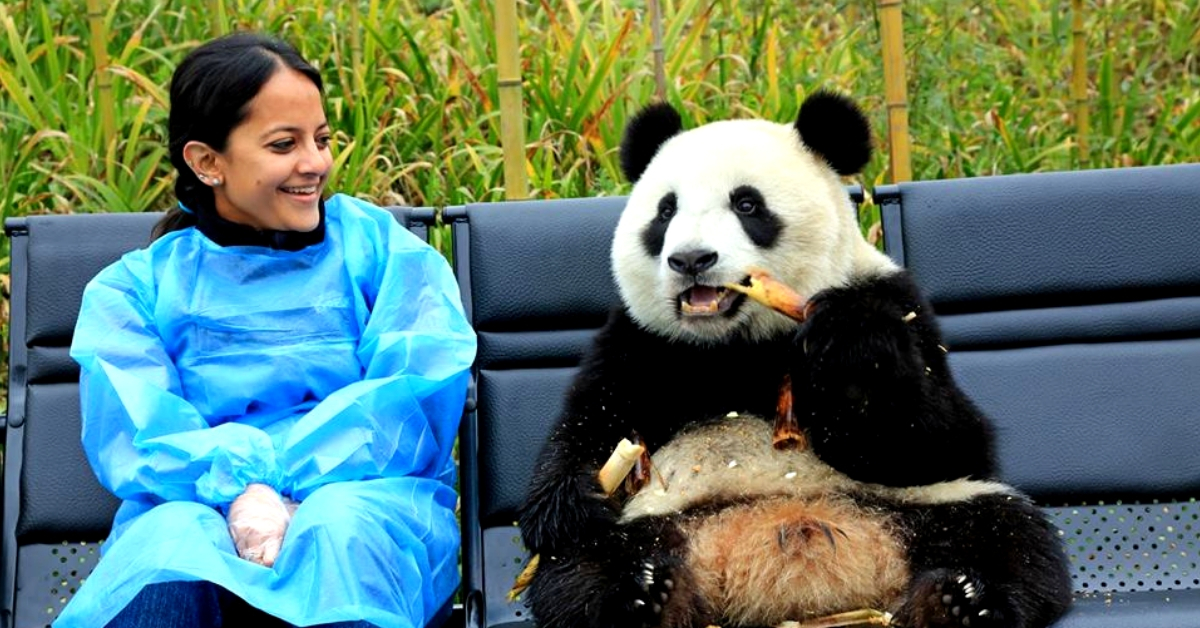 She is currently working on a project called Wildseve which has helped over 7000 families file wildlife-compensation claims and receiving their rightful benefits.

Dr Krithi Karanth, a leading conservation scientist in India, has undeniable expertise in the field of wildlife conservation.

The brilliant scientist from Mangaluru was recently chosen as a recipient of the 2019 Women of Discovery Award by WINGS Worldquest, an organisation that supports women scientists and recognises them for their extraordinary work in their respective fields.

Dr Karanth was chosen as a winner alongside other accomplished women such as Dr Lacy Lichentenfeld, Mande Holford and Darlene Lim.

Here are five things you must know about this conservationist:

1. Born in Mangaluru to a family of wildlife enthusiasts, Dr Karanth grew up learning about forests, animals and the need to conserve these precious resources. Her father is a Tiger Biologist, and her grandfather was a leading environmentalist.

Speaking to Shenomics, she said, “I had a pretty unusual childhood. My father is a very well known Tiger Biologist and conservationist, so I spent a lot of my childhood watching animals and [travelling] with him. I was definitely interested in being outdoors, watching animals, and just being in nature but I also saw the difficulties he faced… and so I never wanted to even remotely pursue a career that was like his.”

2. Even though Dr Karanth did not want to pursue the same line of work as her father, fate had other plans for her. She pursued Environmental Science and Geography, but slowly gravitated towards research and wildlife conservation, realising that her passion lay in these subjects.

Eventually, she went on to pursue higher studies at renowned universities like Yale and acquired a BS and BA from the University of Florida and a PhD in Environmental Science from the Duke University.

3. For the past 20 years, Dr Karanth has focused her research in India, conducting “macro-level studies assessing patterns of species distributions and extinctions, impacts of wildlife tourism, consequences of voluntary resettlement, land-use change, and human-wildlife interactions.”

4. Her first project was in Bhadra, Karnataka, in 2002 where she studied the voluntary resettlement of people and the livelihood concerns that arose as a result. She is currently working on a project called Wildseve which has helped over 7000 families file wildlife-compensation claims and receiving their rightful benefits.

5. Through the years, she has also mentored more than a 100 scientists from India, Australia, the UK as well as the USA, inspiring them to strive for the betterment of our wildlife and studying how human activities affect it.

The latest recognition by WINGS is undoubtedly a feather in Dr Karanth’s cap. We hope that it gives further momentum to her cause so that she can successfully inspire hundreds of other environment enthusiasts.