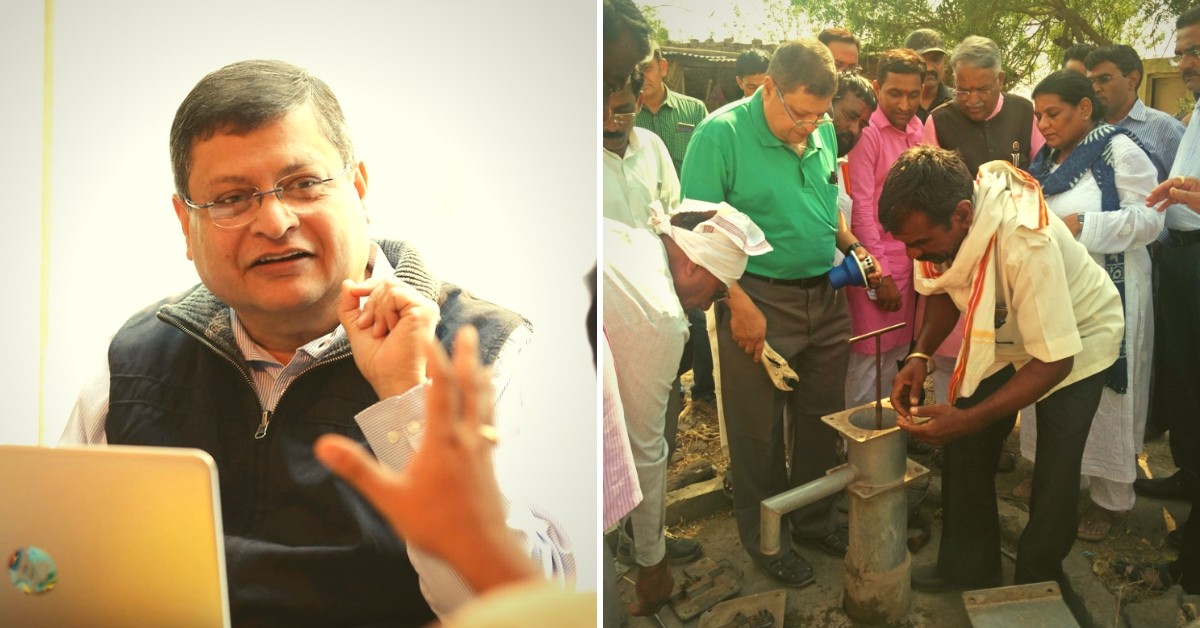 Scarily, a NITI Aayog report earlier this year stated that 70% of India’s water supply is “contaminated”. The time for waiting is over.

Earlier this year in June, the NITI Aayog delivered some concerning news for Indians.

If immediate remedial steps aren’t taken, India could face its ‘worst’ water crisis in history with the demand for potable water rising above supply by 2030.

Over 600 million people in India face high to extreme water stress (when the demand for water exceeds the available amount during a certain period or when poor quality restricts its use). In fact, inadequate access to potable water reportedly causes nearly 200,000 deaths every year.

Aquifers are affected by biological contaminants like microbes and pathogens that can result in troublesome waterborne diseases like diarrhoea, cholera and typhoid.

Going further, government data states that “under-served rural areas,” which account for 650,000 villages, rely on groundwater for 85% of their requirements.

In the midst of these realities, Anjan Mukherjee, a former marine chief engineer, has developed the Taraltec Disinfection Reactor, a ‘fit and forget’ device, which converts contaminated water from borewell handpumps at the source to clean water by killing 99% of the microbes present in it.

A man of science and innovation, Anjan Mukherjee, an IIT dropout and IIM graduate, started Taraltec Solutions with his wife Piyul Mukherjee on January 23, 2017, to address the problem of contaminated groundwater in India’s poorest regions.

Since its inception, the startup has garnered various awards and prizes, winning the India Innovation Growth Program 2.0 Challenge earlier this month organised by the Indian government’s Department of Science and Technology (DST), Lockheed Martin Corporation and Tata Trust.

Speaking to The Better India, Anjan is at pains to explain that the reactor isn’t a filter, but employs certain scientific principles inspired by bio-mimicry.

“The device converts the kinetic energy of the fluid into millions of targeted micro-bubbles each acting as localised reactors. This generates extreme heat, pressure and turbulence that release intense energy packets during the collapse of bubbles. The resultant shockwave, marked by a bang sound, lacerates and kills the microbes. The water, which is 99% safer than it was earlier, then emerges from the borewell or pump into the hands of those drawing it,” he says.

At present, Taraltec Solutions has priced this product at less than Rs 7500 per piece.  The startup has few pending patents for this innovation.

The beauty of this innovation lies in how simple it is to fit and use. In under 30 minutes and without possessing any scientific knowledge or technical skill, one can retrofit the reactor into a hand pump or a motorised borewell, thus eliminating nearly any chance of waterborne diseases making their way. The maintenance cost of this device made of specially treated steel and engineering plastics is virtually non-existent, and it requires no fuel or electricity either, says Anjan.

“The pumping strokes done by a human being while withdrawing water from the hand pump powers the device to do its job,” says Piyul Mukherjee.

For the time being, the startup isn’t selling these reactors to individual customers, but is focusing on bulk buys to CSRs of companies, philanthropies and high net-worth individuals, says Anjan.

For example, villages in the Junnar Taluka of Pune district, Maharashtra, recently purchased 12 such reactors without any aid or assistance from government authorities or major corporations. Residents of the villages reportedly polled in their money and bought these reactors for their hand-pumps.

Going by startup parlance, Taraltec Solutions is of the bootstrapped variety. However, it is quite remarkable that it has managed to go from strength to strength with virtually no external funding and built the company from their personal finances.

Also Read: A Glass of Water, and How It Turned This Bengaluru Teen into Global Changemaker

Surviving by word of mouth and major collaborations with big corporations, the company has thus far sold several hundreds of units impacting directly the lives of more than two lakh of people already. The corporate social responsibility (CSR) arms of major Indian corporations like Lupin, Godrej, Reliance, Tata Trust, Nalanda Foundation, Water Aid and Jubilant have teamed up with the startup to deploy the reactors in various parts of rural India. This process is on the verge of takeoff.

The Taraltec Disinfection Reactor is a zero maintenance and simple device that requires little technical skill to be installed in your hand pump or borewell and can be done by the local fitter without any specialized tools or training.

Considering the warning signs that the NITI Aayog has laid out before the Indian people, both the Centre and State governments could do a lot worse than at the very least explore the potential of this innovation in their plethora of public works schemes. Major corporations have seemingly bought into it. For India’s 650,000 under-served villages this could be the solution to their water woes.