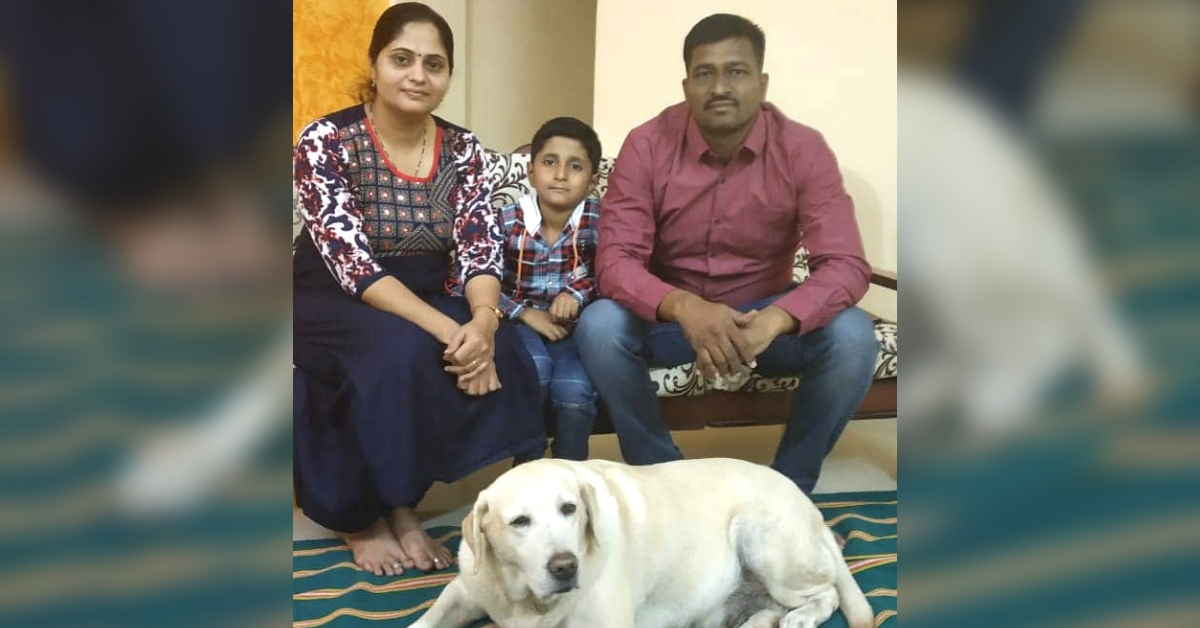 In her long-running career of 10 years, Rani won four medals at several annual competency award ceremonies in Pune and earned an excellent reputation thanks to her involvement in over 11 cases.

A decorated police recruit who served the police force for 10 years, has retired and found a loving home in Pune.

The recruit in question is Rani, a member of the dog squad of the Pune rural police, who will now live with the family of her handler, Police Naik Ganesh Phapale.

Speaking to Pune Mirror, Paphale said, “She was brought here when she was around two months old, and ever since then, she has been in my care. When she turned six months old, we trained her to be a police dog. After an intensive nine-month dossier she was officially appointed at the local crime branch’s dog squad. I was her handler till date.”

In her long-running career of 10 years, Rani won four medals at several annual competency award ceremonies in Pune and earned an excellent reputation thanks to her involvement in over 11 cases.

She has used her skills and sniffed out criminals as well as pieces of evidence in murder, rape and robbery cases in and around Pune.

It was only fitting that a brave, efficient dog like Rani would enjoy a comfortable post-retirement life.

“I have looked after her as a child. I am so attached to Rani that I was not ready to leave her behind. So, I decided to take her home, even as several officers had volunteered to rehabilitate her,” Phapale told PM.

It has been seven days since Rani shifted to her new home and The Better India spoke to Rajashree Phapale, Ganesh’s wife, about this development.

“She has started settling down at home now,” she said, adding that “Ganesh takes her out for a walk every morning at 6. For now, it’s only Ganesh who feeds her. She is used to orders from him and may take time getting completely comfortable with me and our son, Aditya. But Aditya is ecstatic about having her home. He insisted that Rani would come home after her retirement and now our family feels complete.”

You may also like: Brave K9 Sniffs out 20 Kg Bomb Planted by Maoists, Saves Lives of His ITBP Squad!

A police dog is used to a life of hectic exercise and work, so Rani will probably take some time to understand that she has retired and can enjoy a comfortable, relaxed life, especially since she lives with her handler.

We truly hope that Rani plays her second-innings like she deserves after her marvellous services!