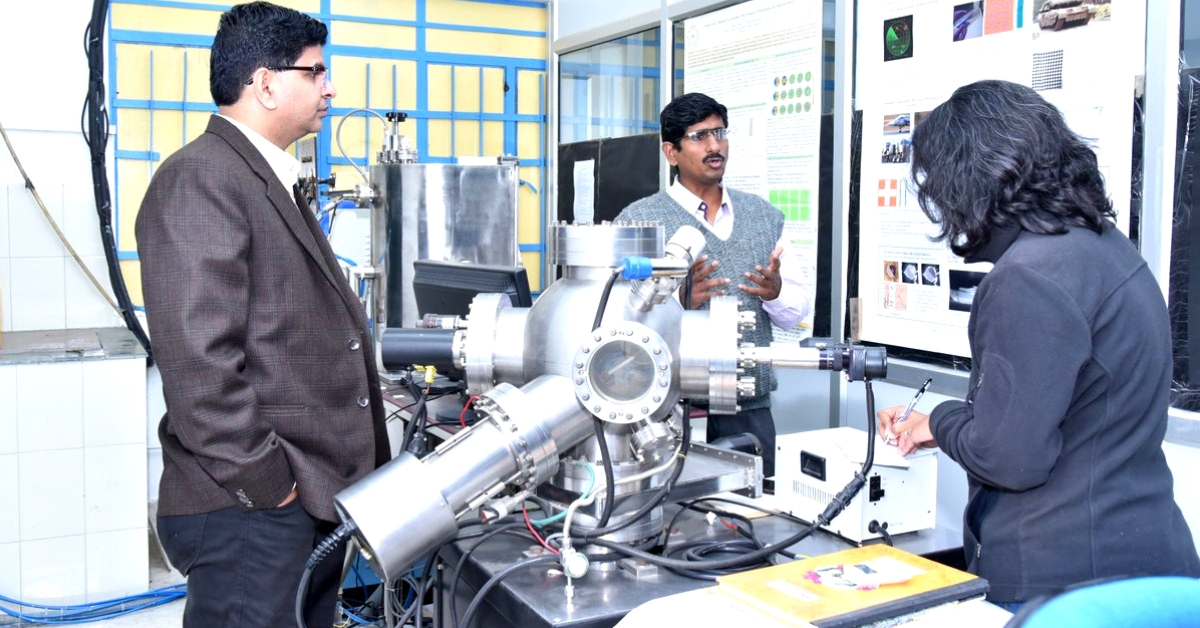 Lightweight, ultra-thin and flexible, this stealth material can even be customised for different climates! #Innovation #IIT #DRDO

In a significant development, researchers at IIT-Kanpur have developed “textile-based metamaterials for radar absorption that can be used as uniforms for soldiers and skirtings or coverings for ground vehicles,” according to the institution’s Twitter post.

In other words, soldiers and armoured vehicles can use these textile-based metamaterials to avoid detection by enemy radar, motion-detecting ground sensors and thermal imaging systems.

Researchers at IITK have developed textile-based metamaterials for radar absorption that can be used as uniforms for personnel & skirtings or coverings for ground vehicles.Transparent metamaterial absorbers have been developed for vehicular windshields or canopy of slow aircraft. pic.twitter.com/DXt7VXBbjB

“In a major achievement, we have designed and produced micro-structured infra-red metamaterials with processes that can be readily scaled for mass production to cover large area surfaces. These infra-red metamaterials are applied on any given surface to reduce the thermal emission to create infra-red stealth,” said Dr S Anantha Ramakrishna from the Department of Physics at IIT-Kanpur, in a conversation with the Hindustan Times.

Additionally, the material is flexible with the potential for customisation depending on the climatic conditions that the armed forces personnel are working under.

Aside from soldier uniforms and cover for ground vehicles, researchers are also developing a more robust version of the metamaterial for high-speed aircraft and “switchable metamaterials for active camouflage applications.”

“Stealth fighter aircraft were already in use, but they used very different concepts and heavy ceramic ferrites for achieving stealth. Metamaterial-based absorbers held the promise of lightweight, ultra-thin and flexible materials that could be applied literally on any surface to give the required properties at radar frequencies, infra-red frequencies or even optical frequencies,” added IIT-Kanpur professor Dr Ramakrishna.

Researchers at IIT-Kanpur have been working on this material since 2010. The material has been lab-tested, now they will proceed towards field testing it.

What’s particularly heartening is that these materials have been developed indigenously, which will allow India to hopefully stop depending heavily on imports or transfer of technology from abroad.