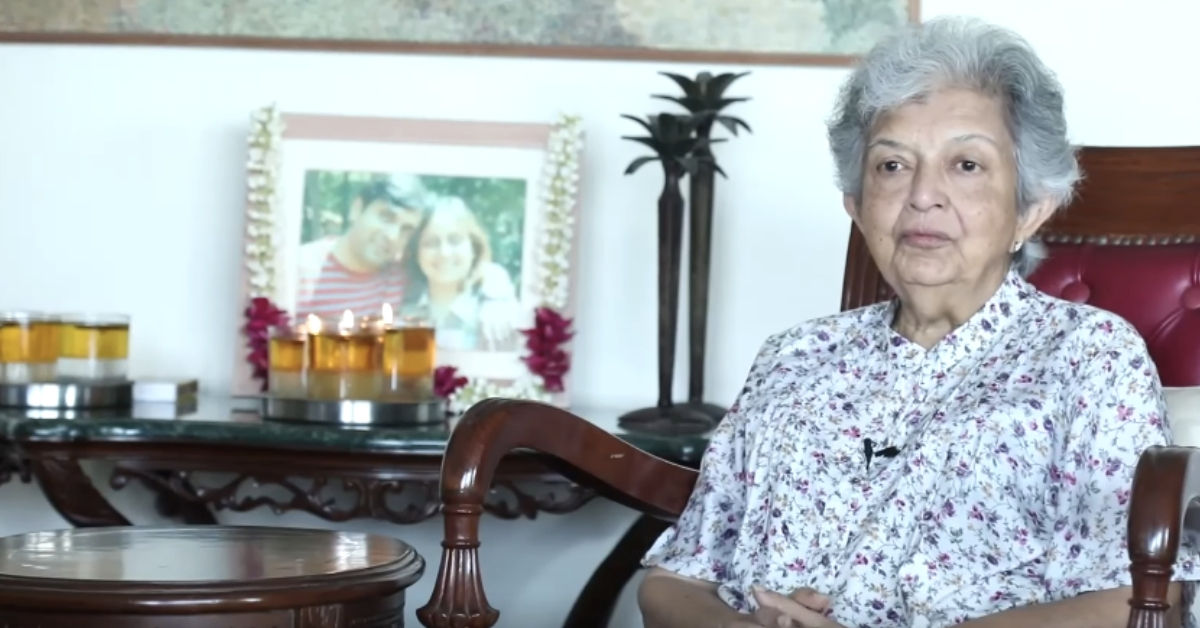 Teaming up with former police commissioner Julio Ribeiro’s NGO, Public Concern for Governance Trust, and a couple of friends, Sarla Parekh engaged herself in a long litigation battle, seeking better surveillance and security systems for the city.

On the night of November 26, 2008, Mumbai was shrouded by one of the worst ever terrorist attacks to have struck India, claiming hundreds of lives and leaving many others with severe injuries.

While many children never saw their parents again, there were also parents who were left to grapple with the painful loss of their little ones.

For octogenarian couple Sarla and Sevanti J Parekh, it was the latter.

On that fateful night, their son, Sunil, and their daughter-in-law, Reshma, had just dropped their daughters at home after a shopping spree, before heading out for dinner to the Oberoi Hotel.

As they drove away, the family would have never thought, even in their wildest dreams, that this would be the last time they would be doing so.

Sunil and Reshma were among the victims of the Tiffin Restaurant at the Oberoi who were shot by the terrorists.

While the unexpected loss of their son and daughter-in-law left Sarla and Sevanti in a state from which they could never recover, the need to be strong and shelter their granddaughters, Anandita and Arundhati, took greater priority.

Even if it meant masking their own grief.

It had been their aunt, Sujata, who shouldered the responsibility of looking after them, while a retired Sevanti had to take over the reins of their shipping business once again to support the family.

Ten years down the line, the girls are now studying in the United States and doing quite well.

But for Sarla, it didn’t end at caring for her grandkids.

Besides the debilitating loss, she was enraged by how Mumbai had a severe lack of security and surveillance. She felt that if things were in place like every other cosmopolitan city in the world, such a tragedy could have been easily averted.

That’s when Sarla decided to fight for a safer Mumbai. “I did not want others, who may be less fortunate than I am, to suffer the loss of their loved ones,” she told The Week.

Teaming up with former police commissioner Julio Ribeiro’s NGO, Public Concern for Governance Trust, and a couple of friends, Sarla engaged herself in a long litigation battle, seeking better surveillance and security systems for the city.

Starting with filing RTI applications that questioned why the maximum city had such a security deficit, she was relentless in her crusade and even took the case all the way to the Supreme Court.

They had even managed to collect around Rs 60 crore for the installation of security cameras. “But the Supreme Court rejected our plea and termed it (as) the prerogative of the government. They did not want us to do it. It is not just about my son, you know,” said Sarla to The Indian Express in 2013.

Sarla and Sevanti Parekh have not given up on the cause and continue to hope that someday, their city would be safe enough for its citizens, and to overcome the fear that forever scarred them in the aftermath of 26/11.