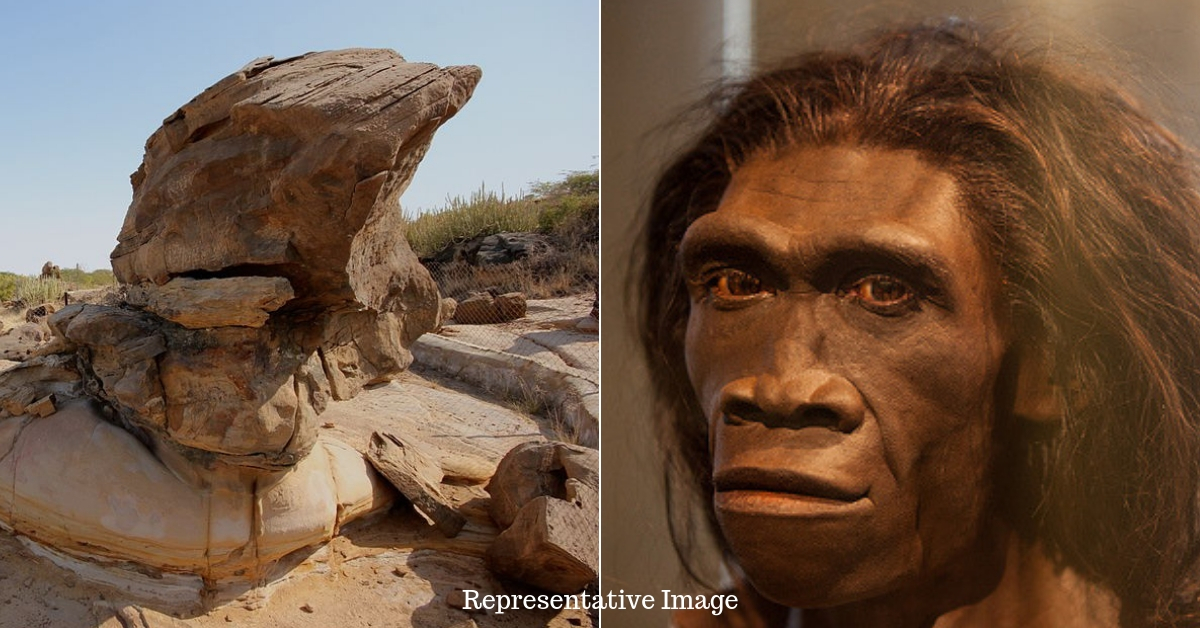 It was during a field visit across the barren stretches of Kutch Basin in 2011 that Dr Ansuya Bhandari and her team stumbled upon a fossilised upper jaw of an ape.

Unearthing fossils is part and parcel of the life of a palaeontologist, but it is undoubtedly thrilling for them to come across a prehistoric specimen that is about 11 million years old!

What would be even more remarkable is the possibility of the chance discovery opening up newer realms in previously unexplored areas.

The unearthing of a fossilised upper jaw of an ape by a group of Indian palaeontologists in Gujarat has only proved that Earth continues to baffle the best of us with its many, mysteries and that there is only so much that we know of its humble beginnings.

It was during a field visit across the barren stretches of Kutch Basin in 2011 that Dr Ansuya Bhandari and her team stumbled upon a fossilised upper jaw of an ape that would later become a momentous discovery in the Indian paleontological circle.

This is because the fossil belonged to an adult ape (hominoid family) from the genus Sivapithecus and lived roughly between 11-10.8 million years ago (Miocene).

The fact that this is the only known ape fossil that has been unearthed in the peninsular region of India makes it all the more extraordinary because other specimens of the same species were previously found in the Shivalik hill range.

“Fossils of the Sivapithecus genus have been previously unearthed near the Siwalik hill range, spreading across Pakistan, Churia Hills in Nepal and around the Himalayas (Jammu & Kashmir and Himachal Pradesh). Now this finding, almost 1,000 km south from the previous finds has increased the geographic range of the genus. It also fills a time-window of approximately 11 million years in the evolutionary history of hominoid remains in India,” said Dr Bhandari, who is a scientist from the Birbal Sahni Institute in Lucknow to The Hindu.

Recently published by PLOS ONE, an international scientific journal, Dr Bhandari’s paper is the first such study in the area. While part of the original field survey included other palaeontologists from Wadia Institute of Himalayan Geology in Dehradun and IIT Roorkee, the X-Ray and CT scans were conducted by researchers of Duke University in the United States.

According to Dr Bhandari, the researchers now believe that Sivapithecus either holds more proximity to the modern orangutan of Southeast Asia or an ape that was part of an early distribution of fossil hominoids, including the great apes, the chimps, gorillas and orangutans and also, humans.

Based on already existing information on the Sivapithecus genus, the authors believe that the fossilised jaw could belong to a large-sized ape from either one of the two species of Sivapithecus, namely hysudricus or sivalensis.

As the specimen contained a high concentration of iron due to being embedded in an iron-rich primaeval soil bed, the researchers have not been too successful in conducting a more in-depth analysis of the fossil through radiation. However, they hope that this discovery will lead to greater attention and create a scope for more intensive studies in the future.

You may also like: Heard of Ramapithecus and Sivapithecus? Here’s the Story of India’s Earliest Human Inhabitants!

“Kutch is a paradise for fossils. Many associated mammal fossils belonging to the Miocene age have been discovered here in the past, including whales and sea cows. The new discovery will help us understand in detail the evolution of great apes,” said Professor Sunil Bajpai from the Department of Earth Sciences at IIT, Roorkee and former director of Birbal Sahni Institute. He is also one of the contributing authors of the paper.

You can read the entire research paper here.