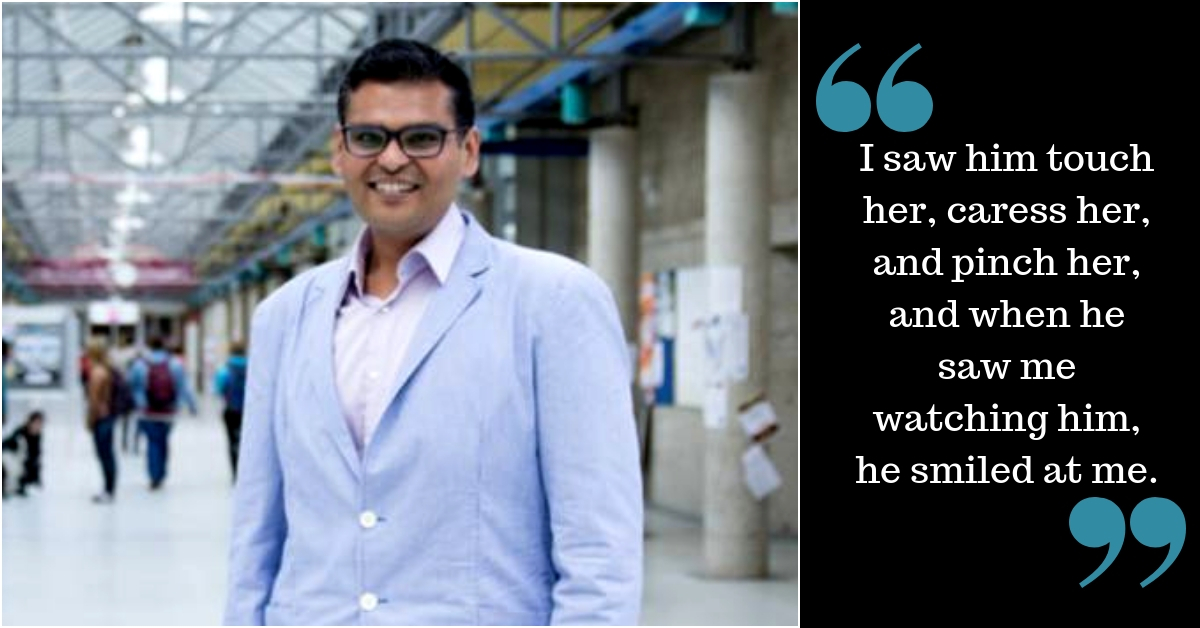 “I saw him touch her, caress her, and pinch her, and when he saw me watching him, he smiled at me.”

Nishant Shah, a Dean at a university in the Netherlands was on a flight back home.. It’s almost a boon if you get an aisle seat even though it never guarantees you enough space to be comfortable in the journey. And when a female co-passenger requested him to switch his aisle seat for her middle seat, Shah apologetically and politely refused.

Till he got a grasp of why the lady had asked him for a seat switch. No, she wasn’t trying to get a better seat in exchange of her uncomfortable one. Another co-passenger, the one occupying the window seat was shamelessly molesting the woman who was too polite or afraid to calling out or physically fight him.

“I saw him touch her, caress her, and pinch her, and when he saw me watching him, he smiled at me.

The act was bad enough, but he also smiled because he thought that as a man I would condone the act, that I would appreciate his audacity, that he would get away with it. And I was just so angry, looking at her horrified face,” Nishant told The Better India.

When Shah witnessed this, he had two options- to complain to the cabin crew or confront the harasser himself. “Even as I register all this, blinking like I am Mary Poppins, barely able to register all that I am seeing, he catches my eye. And instead of hastily correcting himself, he gives me a grin – the kind that belongs to the bottom of a pond – and winks at me as he very obviously [pinches] her,” writes Shah.

You may also like: How Can Men Help the #MeTooIndia Movement? This Viral Thread Has the Answers!

In the spur of the moment, Shah leaned across the woman and slapped her molester hard. Even then, the offender would not back down. But neither did Shah. Even with the cabin crew getting involved and the molester threatening to file an official complaint, he stood his ground. Soon, other passengers expressed their support for Shah, assuring him that even if the police get involved, they would back him up.

It’s not an easy feat fighting an offender who is so confident of his/her actions.

In Shah’s case, the molester was grinning and almost showing off his act of caressing a stranger’s thigh and even pinching her. Even then, Shah fought the fight, that too, for a stranger! A hero in his right, Shah wrote down his entire account on Facebook which went viral. Do give it a read:

“When I wrote this small anecdote on my Facebook wall, I had not expected this. I was writing for my friends, who understand my acerbic humour, and then I am realising that this tone of ironic narration made it resonate with a lot of people who realised the nature of the situation but also could relate to the whole event,” he told TBI, adding that “I am humbled by the number of women who have used this opportunity to testify about the violence that they face on an everyday basis, and have shared, tweeted, tagged, and commented on this. I am inspired that so many men have also reached out in support, and in solidarity as allies to women’s safety – reminding us that women’s safety is not a women’s problem, it is a social problem and we are collectively responsible for it.”