Inspiring! This Mumbai Man Celebrated His 40th B’day With 40 Acts of Kindness 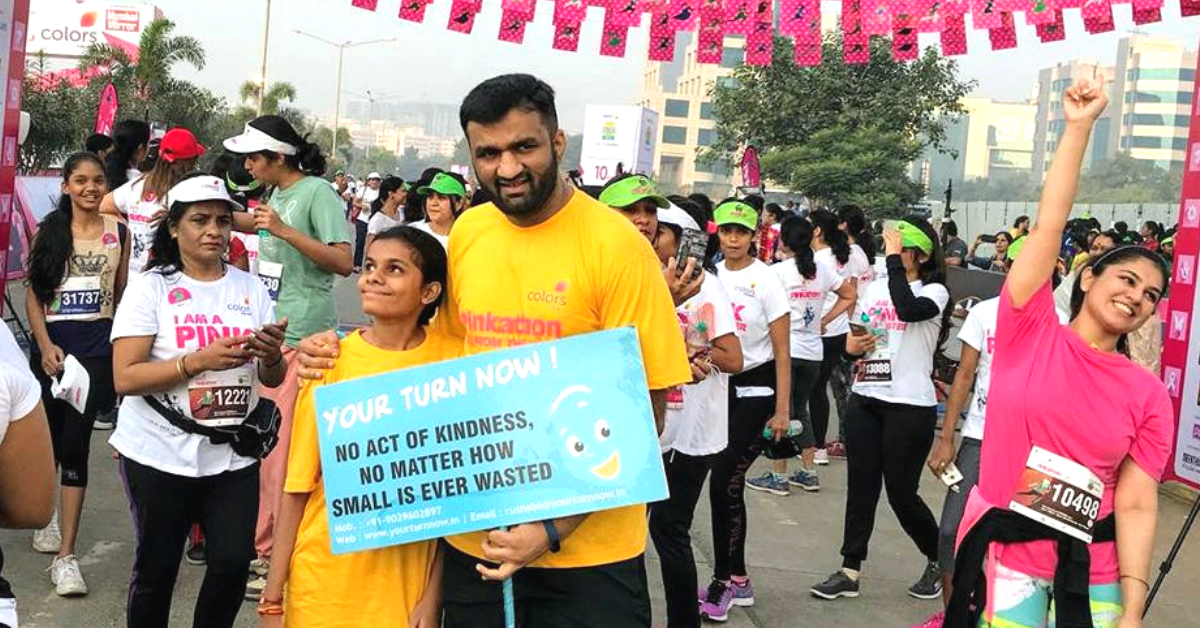 You could pick up the phone and call one of your teachers from school or ask your lift-man or the person who helps you around the house about how their day is looking.

What’s the one act of kindness you did today?

If you haven’t yet, then get up now and do something that will bring a smile on another person’s face.

You could pick up the phone and call one of your teachers from school or ask your lift-man or the person who helps you around the house about how their day is looking.

The joy you will spread by these small acts is immeasurable.

On 8th March 2017, Rushabh Turakhia, a resident of Mumbai turned 40. While the general practice is to celebrate, what Rushabh did will leave you inspired.

In a conversation with The Better India, Rushabh tells us what being kind means to him, why he chose to celebrate his 40th birthday by doing 40 kind acts, and how he sees this movement taking shape.

He shares, “Seeing people in cities, rushed, and without a moment to stop and appreciate the things around them, is what prompted me to start ‘Your Turn Now’.”

Your Turn Now is a reform to make the world kind, thoughtful, compassionate, and generous. It’s about the little nameless acts, which touch someone’s heart and make them smile.

“Everyone has kindness within them. With starting Your Turn Now, all I wanted to do was tap into that. Having begun in December 2009, I feel that I have touched many lives over the years,” he says.

He continues, “When you do an act of kindness towards someone, instead of accepting a ‘thank you’ card, you give the person a ‘Your Turn Now‘ card so that the person can pass on the kindness to someone else in need,” says Rushabh.

In its nine years of existence, Your Turn Now has had half-a-million cards in more than 45 countries. With a target to reach 7.2 billion people, Rushabh is a one-man-army who is crusading along to spread kindness.

“Generally, all videos based on kindness that I have seen were based on people from other countries. I wanted to make an Indian video which I could then take to all the talks I went for,” he says.

He undertook to complete 40 acts of kindness with the help of his 40 friends. He says kindness doesn’t require any elaborate planning and took him four months to complete the acts.

“From being kind to the milk-man who comes in at 5:30 a.m. to the auto-driver who drops us back late at night, I ensured that I did acts which were doable on a daily basis,” he says.

“Through all the acts, the smiles we got from people is what kept me going,” he says.

In all these acts, there is one act that will outlive even me, says Rushabh. He has pledged to donate 11 of his organs upon his death. “That, I am sure, will give at least 11 other people life,” he says.

“What’s really heartening is that after seeing the video of my acts of kindness, many people have come forward and undertaken such acts. Some have pledged their organs, and others have volunteered their time to various NGOs,” he concludes.

We hope that Rushabh continues to spread smiles and inspire others along the way. We, at The Better India, salute him and are with him on his journey.