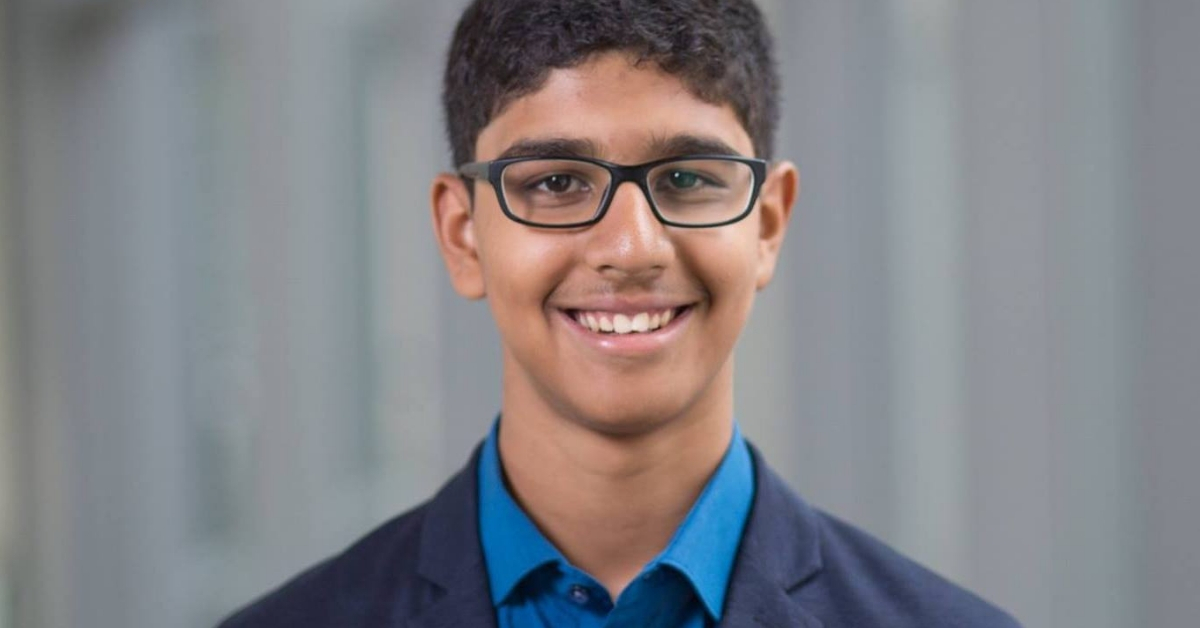 The teen first heard about Circadian Rhythm when it became the 2017 Nobel Prize-winning topic in Medicine. He is exploring the correlation between circadian rhythms and the effectiveness of medical treatments, in particular.

At 16, Bengaluru lad Samay Godika is making headlines for all the right reasons.

The teenager who won the Breakthrough Junior Challenge with his innovative submission in the Life Sciences category is now entitled to prize money worth $400,000, which converts to Rs 2.9 crore.

According to a Bangalore Mirror report, the 16-year-old who studies at the National Public School in Koramangala, will also receive a $250,000 (over Rs 1.8 crore) college scholarship.

Pramila Menon, who has been his class teacher in grades 9 and 10, has been a guiding force for him, spending additional hours tutoring him post-school. She will win a $50,000 prize (over Rs 36 lakh).

And it does not end there.

What is the Breakthrough Junior Challenge?

It is a global science video competition. The idea of which is to inspire young minds to think creatively about fundamental concepts in spheres like life sciences, physics, and mathematics.

The challenge invites students between 13 to 18 years of age to create original videos that illustrate a concept or theory in the physical or life sciences. The time limit is up to three minutes.

The students are judged upon their ability to communicate these complex scientific ideas in simple yet engaging and creative techniques.

Students from across the world submitted their videos by July 1. These submissions were evaluated to shortlist 29, who then competed in the Popular Vote Contest on the Breakthrough Prize Facebook page. The general public was invited to vote for their favourite submission by liking, sharing, or posting a positive reaction.

Samay’s submission was in the Life Sciences category and broke down the concept of circadian rhythms (the working of our body clocks). This refers to the 24-hour biological processes that can affect simple daily experiences or activities, whether waking up for school, jet lag, etc.

The teen first heard about Circadian Rhythm when it became the 2017 Nobel Prize-winning topic in Medicine. He is exploring the correlation between circadian rhythms and the effectiveness of medical treatments, in particular.

“I zeroed in on this topic as it seemed to impact many facets of daily lives, including things like my asthma, the difficulty I face getting up early in the morning, etc,” he told PTI. The fact that members of his family suffer from Parkinson’s and other neurological diseases motivated him further.

The teenager who now plans to pursue a formal programme in neuroscience, added, “Our brain seems to be the most complex system in this world, and the least understood. I am interested in building a solid foundation in this area. In parallel, I would also like to pursue a programme that allows me to formally learn Data Sciences.”

Samay’s efforts were recognised alongside some of the world’s top scientists and mathematicians. You can watch his winning video here.

Read More: 23-YO Indian Scientist’s Brilliant Innovation Can Eliminate the Need for Braille!

He expressed his happiness to the Bangalore Mirror, saying “It feels amazing and unbelievable. I’m very happy to be among these great scientists. Our school is very science-centric and laid the foundation right from the beginning, shaping and guiding me to be the person I am today. Participating in and now winning the Breakthrough Junior Challenge is life-changing, thrilling and such an honour,” he added.

This isn’t the first time that the young Bengaluru lad participated in the science challenge. In 2017, he won the Popular Vote contest.

“I didn’t win last year, but I came back this year, and I am fortunate to be here,” he beamed.

This year’s popular vote was also won by another Bengaluru student, Nikhiya Shamsher. The 16-year-old, also a student of National Public School-Koramangala, made a video on space-time and gravity, which garnered widespread appreciation on the Breakthrough Facebook page.