Watch: Snow Leopard Enters a Family Home in Ladakh. Here’s What Happened Next! 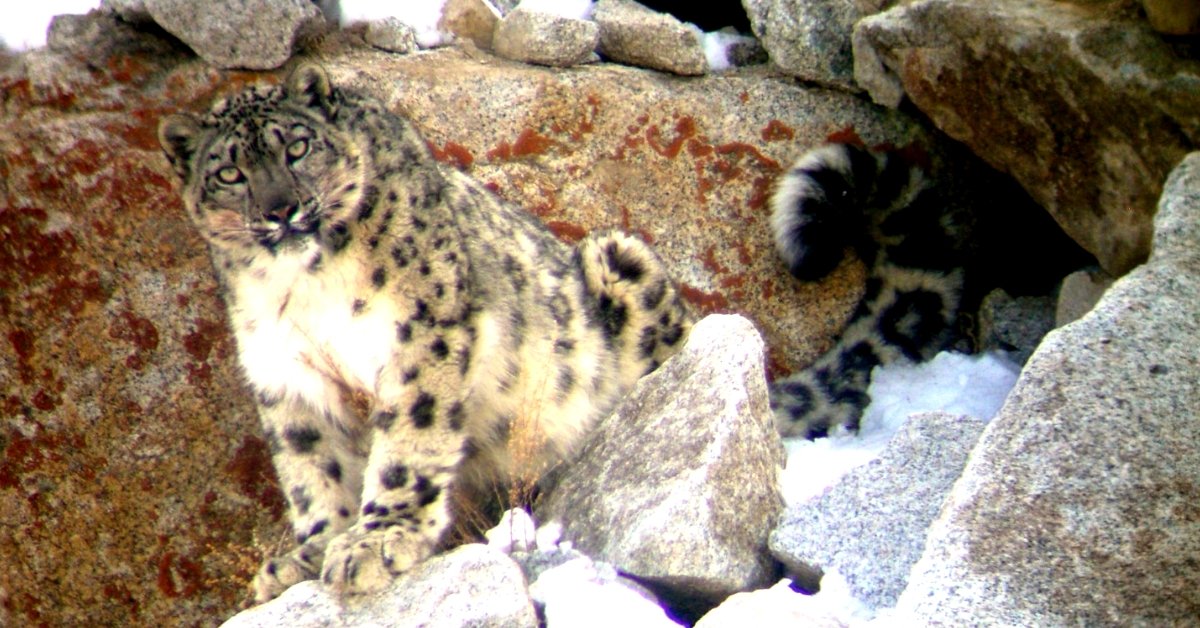 The rare video captures a unique encounter between locals, officials and a snow leopard found in a family kitchen!

From time immemorial, the people of Ladakh have learnt to peacefully co-exist with nature and worship it. Considering the ancient Buddhist heritage of the land, which emphasises non-violence as a way of life, hunting is almost unfathomable to the locals.

Unlike the encounters between man and wild in mainland India, which often end with the brutal killing of an animal, the people of Ladakh don’t often tolerate such actions. Little surprise Ladakh is home to many endangered species, including the snow leopard perched 3000-5000 metres above sea level in the mountains and the black-necked cranes found only in the region’s wetlands.

Encounters with snow leopards are very rare today as a consequence of increasing tourist footfall and the effects of global warming. According to the World Wildlife Fund, there are about 450-500 snow leopards in India, although their numbers in the Ladakh region aren’t known. According to recent reports, the Jammu and Kashmir government will embark on a census of snow leopards, besides mapping out their habitat for the first time to develop long-term conservation measures.

Nonetheless, it isn’t as if there aren’t tensions between snow leopards and humans. They prey on sheep and goat, and farmers sometimes retaliate by beating the animal to death.

“Farmers and their entire families in Ladakh or anywhere else are dependent on their livestock, and its loss means a lot to them. The first line of action is to secure the livestock. Usually, the barns here are uncovered and lack security. So, we covered them with wire mesh and installed barbed wires around them. By doing so, we have managed to solve a considerable part of the problem,” says Dr Tsewang Namgyal, director of the Snow Leopard Conservancy Trust, a non-profit working towards conserving the endangered animal, speaking to The Week.

In this 2011 short-film shot by Khachu Tashi of Phyang village, which is 25 km from Leh, and edited by Sonam Wangchuk Shakspo, we witness a unique encounter between a snow leopard and locals, which among other things, sent a strong message about protecting rare and endangered animals.

On the cold night of November 16, 2011, dogs were barking vociferously outside the Skiltang family home in the Phyang village. With no electricity and in near darkness, Wangchuk, a member of the Skiltang family decided to step out and silence these dogs.

“As he opened the kitchen door, the animal inside pounced on him. Fortunately for Wangchuk, the leopard hit the bukhari (heater) pipe instead and in the melee, managed to slam the door and escape unhurt. However, what they saw sent shivers down their spine. A snow leopard or ‘Schan’ with its characteristic long tail and spotted bound, was sitting pretty inside. Later, neighbours joined the Skiltang family. Keeping their composure, they called the police and wildlife officials in Leh to help them deal with the wild guest,” writes Sonam.

The following 15-minute video captures this unique encounter between locals, officials and the snow leopard found moving around the Skiltang family kitchen.

After successfully injecting the tranquilliser, wildlife officials released the snow leopard back into its natural habitat. Locals were relieved to see that no harm fell upon either them or the snow leopard.