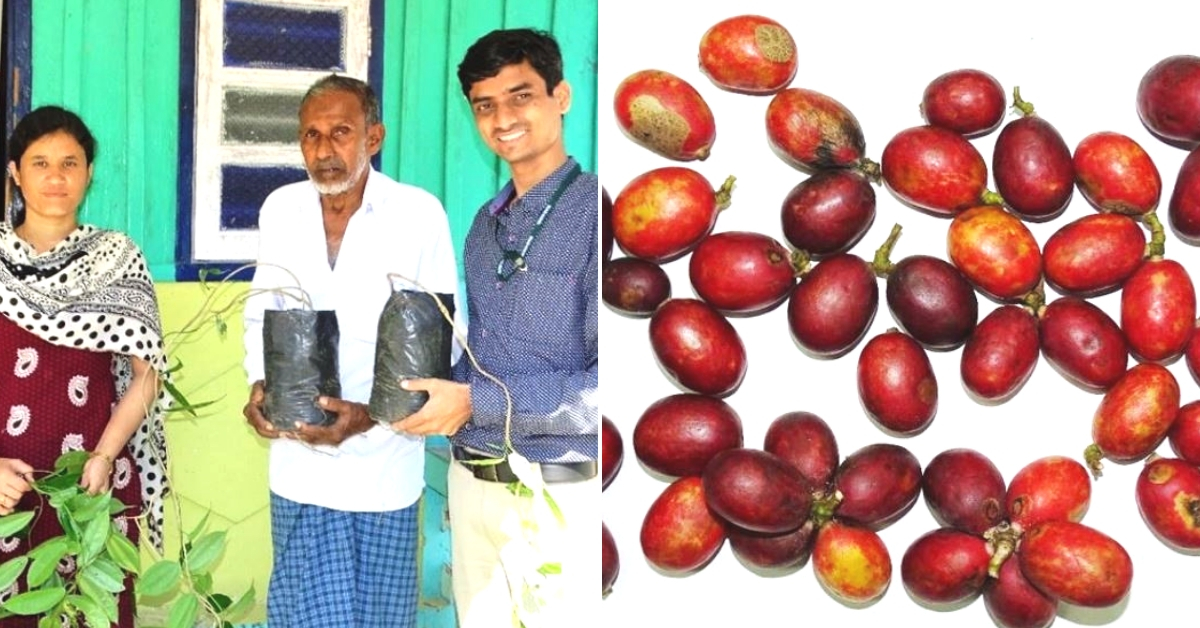 This research will help cultivate this critically-endangered species at home, protecting it from being indiscriminately harvested from forests!

Blood fruit is a woody climber and it is very popular among tribes in the Northeastern states, Andaman and Nicobar Islands and Bangladesh. The fruit is not only tasty and rich in anti-oxidant but is also a good source of dye for the local handicraft industry. Now researchers have developed a standard nursery protocol for its propagation.

The plant grows wild in forests and over the years, due to growing demand for its fruit, it has been indiscriminately harvested from natural forests. This has affected natural regeneration and it is now considered a critically endangered species. The new research will help in blood fruit to be grown in agricultural fields or home gardens, so that it is conserved even while being continued to be used as a source of nutrition and dye.

Due to its limited distribution, researchers collected fruits from the Middle Andaman Islands and Tripura to conducted seed germination studies. They found that seeds had dormancy issues and had to be treated for obtaining healthy seedlings in large numbers.

The scientists also extracted and studied pigmentation in blood fruit. Among the different solvents tried for extraction, they found that dimethylsulphoxide was the best solvent to extract chlorophylls and total carotenoids. More studies are underway to characterize the red colour property of the fruit, said Dr. Pooja Bohra, a member of the research team, while speaking to India Science Wire.

The group is also working on methods to improve seed longevity and post-harvest storability of fruits. “We are already distributing seedling to farmers in Andaman and Nicobar Islands to promote commercial scale cultivation”, she added.

The plant, which goes by the biological name of Haematocarpusvalidus, flowers once in a year. The main fruiting season is from April to June. Initially, the fruits are green in colour and they turn blood red on ripening giving the name ‘Blood Fruit’. Generally, the fruits from the Andaman Islands are much darker in colour compared to other sources. The genepool in the Andaman Islands can be lost due to natural calamities and promoting its cultivation can ensure the conservation of this species.