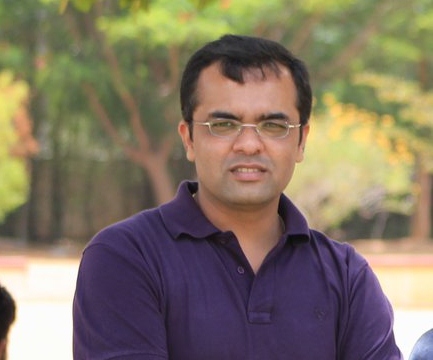 The students who had never even seen a lift in their lives now hold senior positions in corporate giants and get sizable paychecks. From providing internship opportunities to getting the best of professors on board, read how Pranjal Dubey’s Sant Singaji Institute of Science and Management is changing the lives of rural youth in Madhya Pradesh.

Here is a man who gave up everything he had to settle in a small village and improve the lives of the rural youth in India. Pranjal Dubey left his job as a programme manager in Bengaluru, sold his house, and with that money, started Sant Singaji Institute of Science and Management (SSISM) in a village in Madhya Pradesh.

His idea was to provide quality education and life skills to rural youth so that they can get job opportunities as good as mainstream students.

“I chose to intervene at the middle layer because if I concentrated on primary education, I would have had to wait several years to make any impact or see the change,” Dubey says.

Today, Dubey’s intervention and dedication have helped thousands of youth. Some of them are placed in big MNCs and companies like Wipro, SAP, Future Group, etc. at good positions.

An incident that changed a life

A young man from a small village in Madhya Pradesh, which was also Dubey’s hometown, once asked him for a job. “You need to have a degree first to get a job,” Dubey told him. The guy sold his land and somehow managed to obtain a degree from that money but still could not get a job. Though he had a degree but he lacked the skills. Angry at Dubey for giving him “wrong” advice, he went to him and verbally abused him.

“It was then that I realised that rural youngsters were far behind their mainstream counterparts in terms of employable skills. Even if they had a degree, they could not land a job. Nor was that degree genuine in some cases,” says Dubey.

This made Dubey think of starting a college for rural students to provide them quality education, training and skills to get high paying jobs. “Whenever I used to visit the village I would see that the number of young people without jobs was increasing. They would get a degree but that was not of a good enough standard to get them a job,” Dubey says.

Hence, the idea of opening a college formed in his mind and he went to Sandalpur in Madhya Pradesh to give shape to his ambitious dream. The college started operations in a small rented room in a Dharmshala in 2010. “My family thought I had gone mad. They did not believe that I was actually doing this. Now, when they see the impact, they are very happy and supportive,” he says.

“The problem today is that there is no curriculum designed for rural youth. They always play the catching up game and are never able to come at par with the mainstream students. My idea was to bridge that gap,” says Dubey.

The first step is making the students aware of their dreams, setting up their goals and identifying their potential. For this, the students are taken on field visits to various companies to show them what kind of jobs they could get. They are exposed to the outer world to ignite the passion to dream big and not to settle down with something small.

“Some of these students have never stepped out of their village. It is a great exposure for them and also gives them the clarity on what exactly they should aim for and how much effort is required,” says Dubey.

The next step, and also the most difficult one, is imparting the right skills. Dubey, in partnership with various professors from IIM, provides the best of skills to the students. Various guest lectures organized at regular intervals gives them access to a quality of education which is as good as mainstream colleges.

Students are also provided internships at some of the most reputed companies at Bangalore and Indore.

“These internships are an eye-opener for them as they get hands-on experience of the job and get to see how things are done in big corporates,” says Dubey.

Apart from this, improving communication skills and attitude is another major aspect of the course.

In many villages, families are not comfortable in sending their kids, especially daughters, to other cities for jobs. In these cases, Dubey and his team counsel them and help them understand the concept of better jobs. “One time a girl was in a final HR round of a job interview and her father came and said, “This is the last step where she could go. I am not allowing her to go out and work.” These are the cases which shake the aim,” Dubey says.

Dubey has also opened a software development firm in the campus itself for those students, especially girls, who are not able to shift their base to different cities.

“Sometimes the parents don’t allow them to travel so I have provided them jobs here in the campus itself,” he says.

“The person who had never even seen a lift in his life now works in a huge IT giant at Bengaluru and earns Rs.25,000-Rs.30,000 every month. This is the impact we wished for and we actually got,” says Dubey.

Also, there has been a change of attitude in both students and their families with regular intervention. Many students have managed to land good jobs in companies like Wipro, SAP, etc. “Students here are very focused as they take it more seriously and do not have any distractions,” Dubey says.

Dubey has also been encouraging organic farming and wants to make farming ‘fashionable’: “Well, not everyone can get a fancy job in a big company. Farming has a great potential and I want students to understand that and follow innovative techniques.”

Dubey and his amazing college have reached out to over 1,200 students so far. The college, which started in a small rented room, now has a premise of its own which Dubey constructed from the money he got after mortgaging his house.

A small fee of Rs.16,500 is charged from students who can afford to pay, the rest of the college runs on a few donations. “Though funds are a big issue and we aren’t very financially stable, but we have managed to somehow float so far,” Dubey says.

Dubey wants to expand his initiative and track students at a young age so that quality education and skills are imparted from the beginning. He also wants to expand the organic farming initiative in the village and get more students involved in that. “Getting bigger brands to hire these students is yet another thing on our agenda,” says Dubey.

Watch this documentary to know more about the college –

How you can help?

• You can take up the volunteering programme and teach students here. The details of this programme are on their website.
• Sponsor a student. The list of students who require sponsorship is also mentioned on their website.
• “Connect us with like-minded people so that we can expand more. Or just a word of mouth will be enough,” says Dubey.

“I truly believe that if you actually want to bring a change, education is the best way to do it,” he says. Thanks to Dubey and his amazing initiative, thousands of rural youth see a brighter future now. You can check out their Website, Facebook and YouTube links for more details.