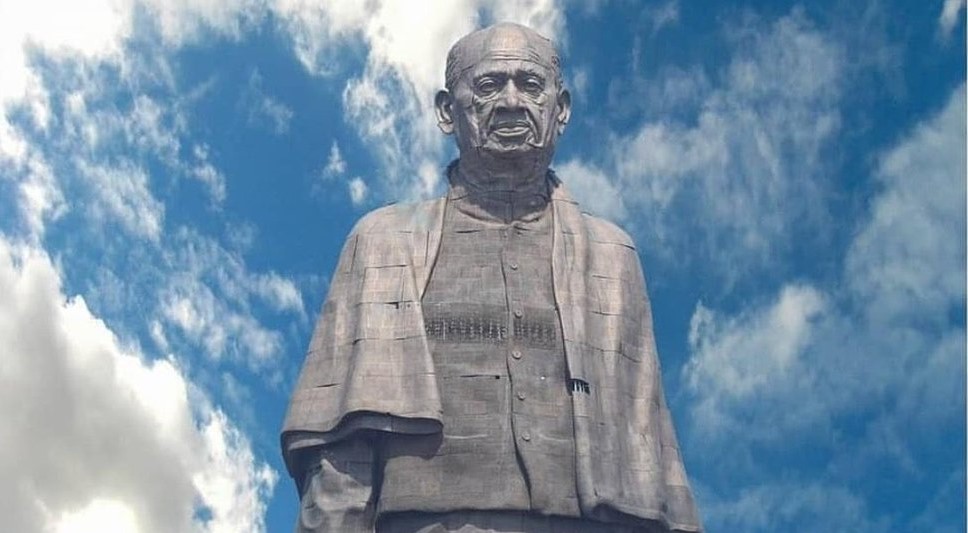 It had been a dream that provoked little Sutar to run away for good, where a ‘golden’ sparrow told him to chase his passion of art.

93-year-old Ram Vanji Sutar is the celebrated sculptor, who in his illustrious career spanning over seven decades, has given India a little over 8,000 sculptures.

He is also the man behind the Statue of Unity in the Narmada district of Gujarat, which is an ode to the legendary freedom fighter Sardar Vallabhbhai Patel, also honouring India’s struggle for independence.

Upon completion, this colossal statue will become the world’s tallest statue at 182 metres, making it about twice the size of the Statue of Liberty in the United States of America.

Another one of Sutar’s phenomenal works include the design of 54 bronze statues that adorn the Sant Dnyaneshwar World Peace Dome at MIT-World Peace University (WPU) in Pune.

A recipient of both the Padma Bhushan and the Padma Shri awards, Sutar has been shortlisted for the prestigious 2016 Tagore Award by the Union Ministry of Culture.

First instituted by the centre during the commemoration of Rabindranath Tagore’s 150th birth anniversary in 2011, the prestigious award carries an award prize of Rs 1 crore and a citation in a scroll and a plaque.

Born in 1925, Sutar hails from a Gondur village in Maharashtra’s Dhule district. His father was a carpenter, and the artist in him began blooming at a very young age, starting with daily pencil sketches on mediums ranging from paper to even walls!

His tryst with sculpting also took flight around this time when he started carving out figures from stones and pebbles from the road.

Life changed its entire course in Sutar’s otherwise uneventful life when his teacher got transferred to another village and took him along. Sutar had just finished class five, which was the last class in his school, so going with his teacher made sense.

Except Sutar wasn’t sent to school but made to do all kinds of domestic chores and odd jobs.

A dream provoked little Sutar to run away for good, where a ‘golden’ sparrow told him to chase his passion of art. He followed the dream by walking barefoot, all the way to Mumbai!

From then, it was the city that became his guardian, where he did all kinds of menial jobs to fill his stomach. But his vision ahead was clear and set, for which he saved enough to fund his education, and got admitted to the J J School of Arts.

After finishing his studies, Sutar moved to Delhi in 1959 and worked at the Ministry of Information and Broadcasting for a while, before quitting the job to start a career as a freelance sculptor.

You may also like: This Ladakhi Ice Sculpture Unites Buddhism And Fight Against Global Warming

Despite his age, Sutar is full of energy and doesn’t seem to be one who’ll be calling it quits anytime soon. Together with son, Anil Ram, he continues to design monumental statues across the country from their studio in Noida.