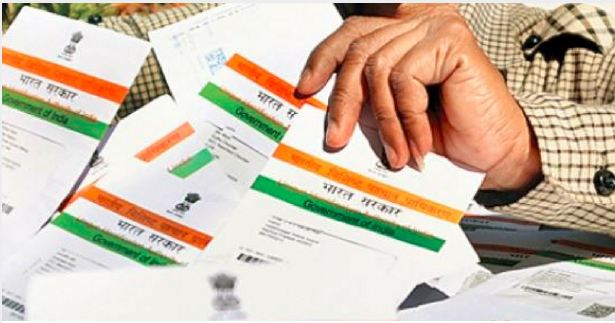 The Aadhaar card can no longer be used for verification of mobile accounts. Image Credit: FinFyi

The Aadhaar card privacy has brought forward many concerns which the authorities are now addressing.

Nothing else has quite raised our hackles with regards to personal information security, like the Aadhaar card. Within a few months of its launch, it soon became the go-to verification for a lot of services that we use, even for mobile wallets like PayTM.

Now, in a move that might come as a relief to some, the Government has ordered telecom companies to immediately discontinue the use of Aadhaar eKYC service, for the re-verification of existing customers. However, the companies may accept a physical Aadhaar card, or e-Aadhaar letter, if the subscriber offers it voluntarily, reports the Indian Express.

Thanks to this new order, telecom operators will have to switch to the old process of physical verification of customers, ending the controversial use of biometric data obtained from the Aadhaar card.

The Unique Identification Authority of India (UIDAI), had initially asked the telecom operators to submit a plan for discontinuation of the Aadhaar-based authentication system for mobile SIMs by October 15th, for which operators have sought extra time. The department had also asked telecom service operators to submit a compliance report of the discontinuation of the Aadhaar verification service.

It was on the 26th of September, that the apex court had struck down many provisions within the Aadhaar (Targeted Delivery of Financial and Other Subsidies, Benefits and Services) Act, 2016, with a 4:1 majority.

The court had effectively struck down the part of Section 57, which allowed corporates to use Aadhaar-based authentication.

You may also like:- Want to De-Link Aadhaar Details From Banks & Mobile Numbers? Here’s How To Do It!

There are speculations that subscribers enrolled through the Aadhaar-based authentication process may need to provide the mobile operators fresh documents to complete their KYC process again, reports PTI.

Earlier, as reported in IE, the Department of Telecommunications and the Unique Identification Authority of India (Uidai), had stated (in a joint statement) that mobile phone users can ask for a change of their Aadhaar-based verification done in the past, with an alternate proof of identity, without any disconnection of services.