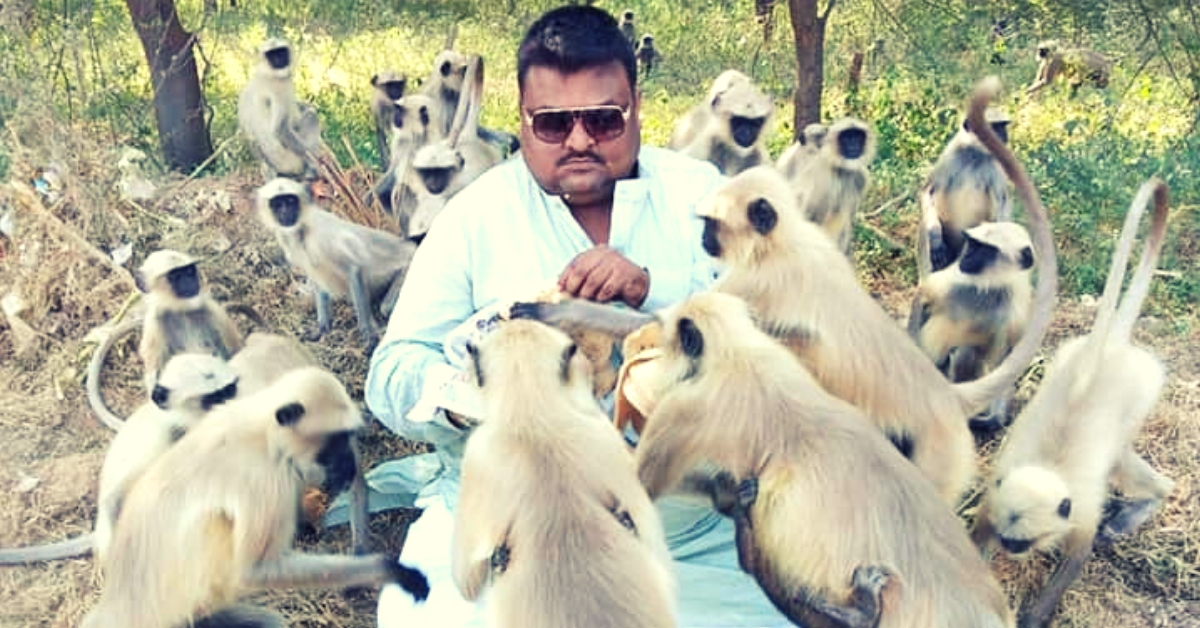 Such is Swapnil’s dedication and devotion for the animals, that the people in the city have given him the moniker of ‘Monkey Man’.

Street animals need love too, and there are some compassionate folks who go the extra mile to care for our furry and feathered friends. In fact in Ahmedabad, one man has been feeding chappatis, that he prepares every Monday, to over 500 langurs for the past 10 years!

An ardent devotee of Lord Hanuman, Swapnil Soni loves these primates and has never stopped feeding them, even when he faced financial difficulties. He prepares about 1,700 chappatis every week for the langurs, who don’t snatch or grab the food, but instead wait patiently for their turn as he hands them out to each and every single one of them.

Such is Swapnil’s dedication and devotion for the animals, that the people in the city have given him the moniker of ‘Monkey Man’.

Take a look at these photographs which showcase the a beautiful relationship that Swapnil has developed with these animals. It almost feels like they think of him as one of their own!