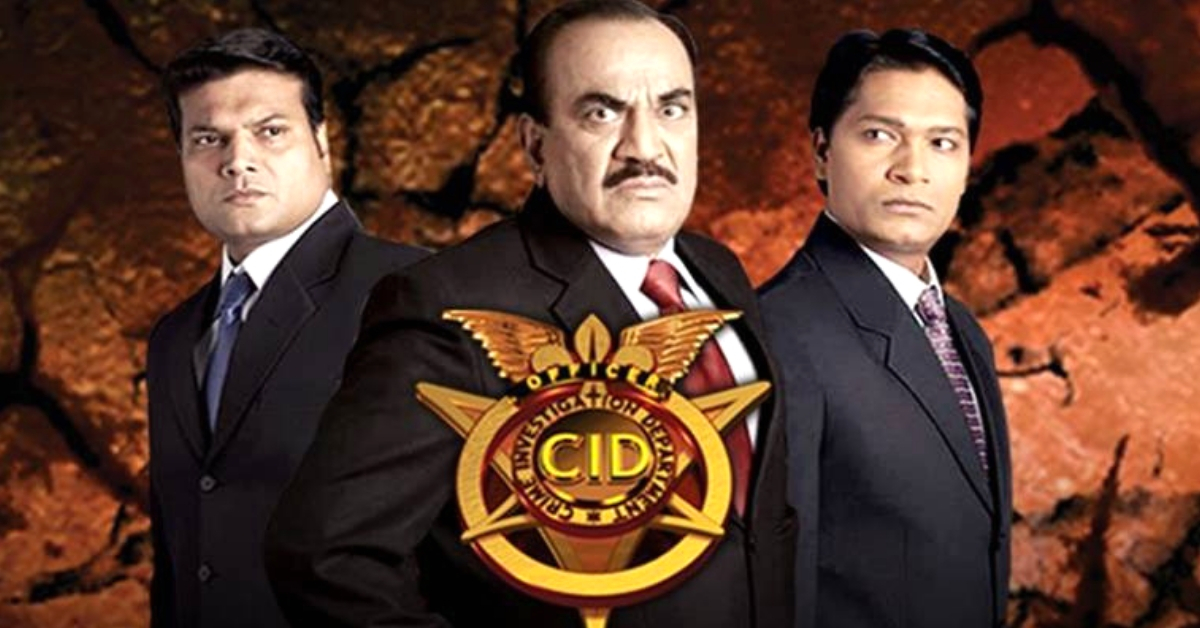 It has been a hot favourite of Indian homes for the last two decades and naturally, the news of its cancellation came as a blow to thousands.

Perhaps one of the most famous TV shows that most of us grew up watching is CID–a crime thriller drama show.

Running for almost 20 years now, CID is a show that you either love or hate but just cannot ignore. Be it the iconic dialogues or the main characters that have become household names, the crime drama has made a permanent mark in Indian television.

The news of the show going permanently off-air after October 27 spread like wildfire, making most of us nostalgic of the time when the investigation team could get the accused to confess to their crimes with a slap; where a senior inspector was specially appointed to break open doors; the legendary trio was indomitable.

Before we watch the last episode of CID, here are some amazing facts about the show and its crew:

1. Shivaji Satam aka ACP Pradyuman worked as a bank cashier at the Central Bank of India for 23 years before pursuing his passion in acting.

He would perform theatre shows as an actor, even while he was working at the bank.

His career started with Marathi TV and movies, which led him to play our favourite detective since 1998.

And no, these were not cameos or guest appearances. They worked as actors for the show.

4. Our beloved show has its name in the Limca Book of Records and the Guinness Book of World Records!

The crew shot the entire episode The Inheritance in a single cut on 8 October 2004. The single shot take was 111 minutes and was aired on November 7, 2004, without a commercial break!

5. Following the success of the show that follows the bravery of the detective team, Sony Entertainment Television launched the ‘CID: Gallantry Awards‘ in 2010, to felicitate real-life heroes. The awards were categorised into physical and social bravery.

6. First aired in 1998, it is the longest-running show on Indian television.

It has been a hot favourite of Indian homes for the last two decades and naturally, the news of its cancellation came as a blow to thousands.

7. According to Indian Express, the above news is only partly true. The show is not going off permanently but will go on a three-month hiatus!

You may also like: DD’s First Director General, This Man Was a Founding Father of TV Broadcasting in India!

“CID is not wrapping up. But it is going on a short break, and that’s only for a creative reason. The makers haven’t received any closure letter from the channel that proves that they are still in contract with them. The break has been decided mutually by the makers and channel as they want to reboot the show,” said an anonymous source working with the show.