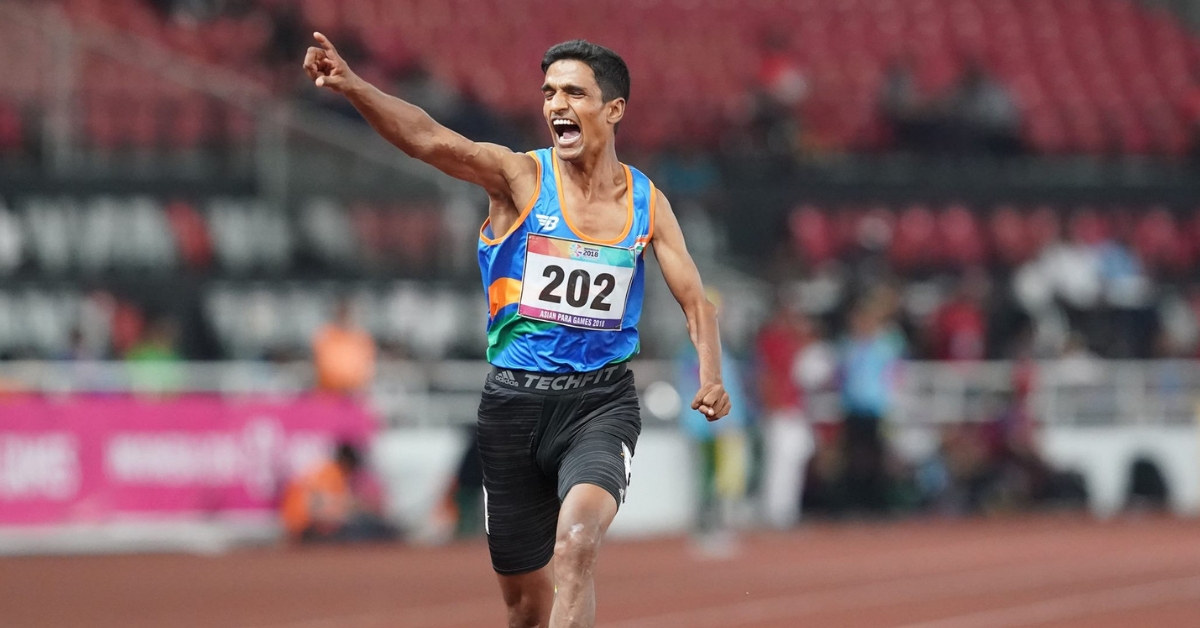 The para-athlete who was felicitated at a Delhi stadium on Monday revealed how he is still unemployed and is helping his mother run a paan/gutkha shop.

27-year-old Narayan Thakur made history by becoming the only Indian to clinch a gold medal in the men’s 100m T35 category in the Asian Para Games held in Jakarta.

(T35 is a disability sport classification for disability athletic competitions and includes people who have coordination impairments.)

But even as we celebrate the win of the spectacular para-athlete who made the win possible for India, let us not forget the battles he fought to reach the winner’s podium.

Narayan Thakur suffers from left-sided hemiparesis. Under this condition, the left side of his body became paralysed after he suffered a brain stroke. Originally based in Bihar, a heart condition forced his father to relocate the family to Delhi.

The family thought migration to the national capital would spark new hopes for them, but a twist of fate only made everything worse. A tumour was detected in his father’s brain a few years later, due to which, he passed away.

He was only eight at the time.

After his father’s death, Narayan’s mother was left to fend for her three children. She could hardly afford it.

Speaking to The Times of India, Narayan says, “That’s when I was sent to an orphanage in Daryaganj, as I would get food to eat and the chance to study.”

Despite his interest in cricket, he did not get a chance to pursue the sport at the orphanage. But that did not deter him from looking at alternative sports.

In 2010, when he moved out of the orphanage, his stay with his family in a Delhi jhuggi was short-lived.

“That was the time when the jhuggis we were staying in Samaypur Badli were demolished. We had no option but to shift to a nearby area. We had serious financial problems and to make ends meet, I had to clean DTC buses and work as a waiter at small roadside thelas (stalls). But I still had the spirit to pursue sports,” he adds.

Opportunity knocked at his door when an acquaintance advised him to practice athletics at the Jawaharlal Nehru Stadium.

While the thought was exciting, Narayan hardly had any money for the commute it demanded: a change of three buses from his home to the stadium.

“I tried to shift base to Panipat. That also did not happen as I could not afford to spend 40 to 50 rupees on bus tickets. Then I shifted to Thyagaraj Stadium for training.”

Through the training, he worked hard, leaving no stone unturned. This also reflected in his performance in international competitions. And also in his selection for the Jakarta Games.

The para-athlete who was felicitated at a Delhi stadium on Monday revealed how he is still unemployed and is helping his mother run a paan/gutkha shop.

READ MORE: At 87, This Incredible Chennai Woman Has Clinched 414 Medals, Including 345 Golds!

But he is sure that his gold will change the journey ahead. “I was given a cheque of Rs 40 lakh by the PM during a felicitation programme. I also hope to get some financial reward from the Delhi government,” he told TOI.

When asked what he would do with the amount, he says, “I will first build a house for my family and spend the rest on my training.”

We wish the athlete the very best and hope his family receives the financial help they need!