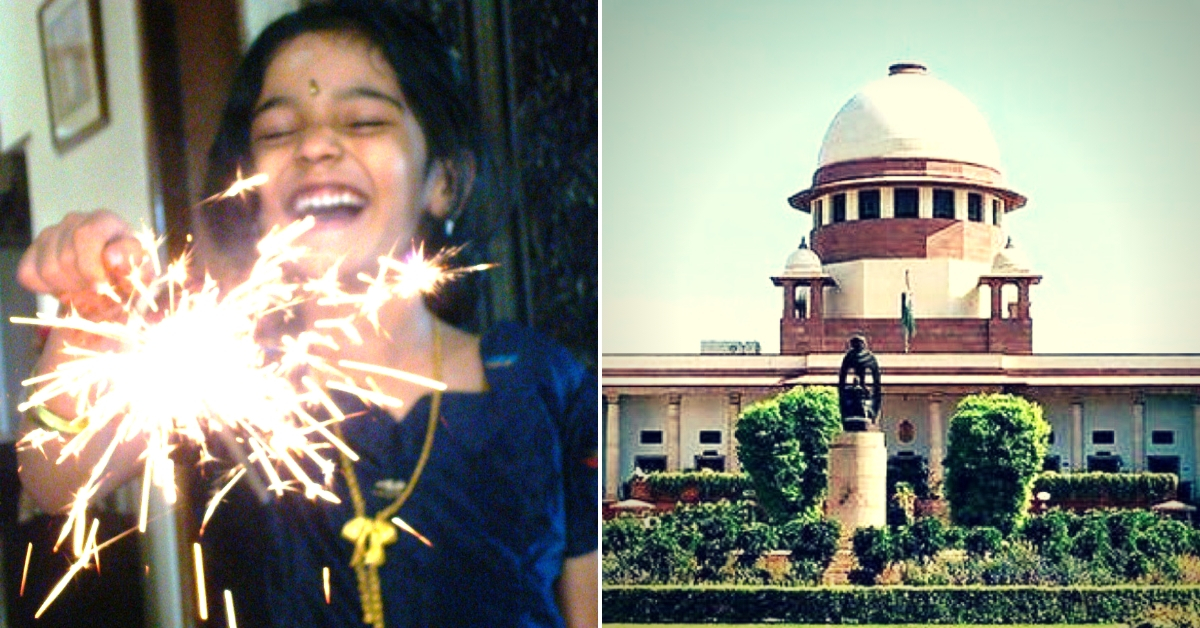 From stipulating emission standards to setting a time window, here are the riders put by India’s apex court on bursting crackers this festive season!

In a significant verdict, the Supreme Court today refused to impose a wholesale ban on the sale of firecrackers but issued directions that only green firecrackers will be sold across the country, through licensed traders. More importantly, the court banned the online sale of firecrackers, besides those that produce loud noises and contain barium salt.

It also ordered e-commerce companies to restrain from selling them.

Among other directions, the court also set a time limit on when a person can burst crackers. On Diwali and other such Hindu festivals of religious importance, the time limit is from 8-10 pm.

The two-judge bench of Justices AK Sikri and Ashok Bhushan was responding to a slew of PILs (public interest litigations) filed by lawyer Gopal Sankaranarayanan on behalf of children seeking a total ban on the sale, purchase and transportation of crackers, according to this Live Law report.

Backing their case were the likes of Dr Arvind Kumar, Chairman of Centre for Chest Surgery & Lung Transplantation at Sri Ganga Ram Hospital in Delhi, who presented graphic evidence of firecrackers posing serious threats to the health of citizens, particularly children.

“There is a huge spike in pollution during and after Diwali. A large number of people use nebulizers, inhalers and masks. Yes, the livelihood of cracker manufacturers is important, but so is the right to life of the people,” he said, according to Live Law.

On October 9, the Supreme Court of India banned the sale of firecrackers in the Delhi-National Capital Region till November 1 to assess the impact a firecracker-free Diwali would have on the general air quality. That firecrackers release dangerous toxins is not in doubt.

Will a ban on the sale of firecrackers seriously mitigate the problem of rising air pollution in the Delhi-NCR region?

The short answer is no.

There are glaring enforceability issues that the court has not considered. Also, it is imperative to maintain a certain degree of nuance and proportion when assessing the quality of Delhi’s air.

A recent study commissioned by IIT-Kanpur on Delhi’s air pollution had identified road dust as the biggest source of suspended particulate matter in the city, followed by vehicles, domestic fuel burning and industrial point sources. Firecrackers definitely exacerbate the problem, but a ban on their sale is merely akin to plucking low-hanging fruit.

Taking all health-related concerns into account, the court has responded accordingly by issuing strict directives, while also realising that a complete ban on the sale of firecrackers would hurt religious sentiments. How authorities enforce these rules remains to be seen.