Right to Skill: How Chhattisgarh’s Pioneering Policy Is Transforming Its Future 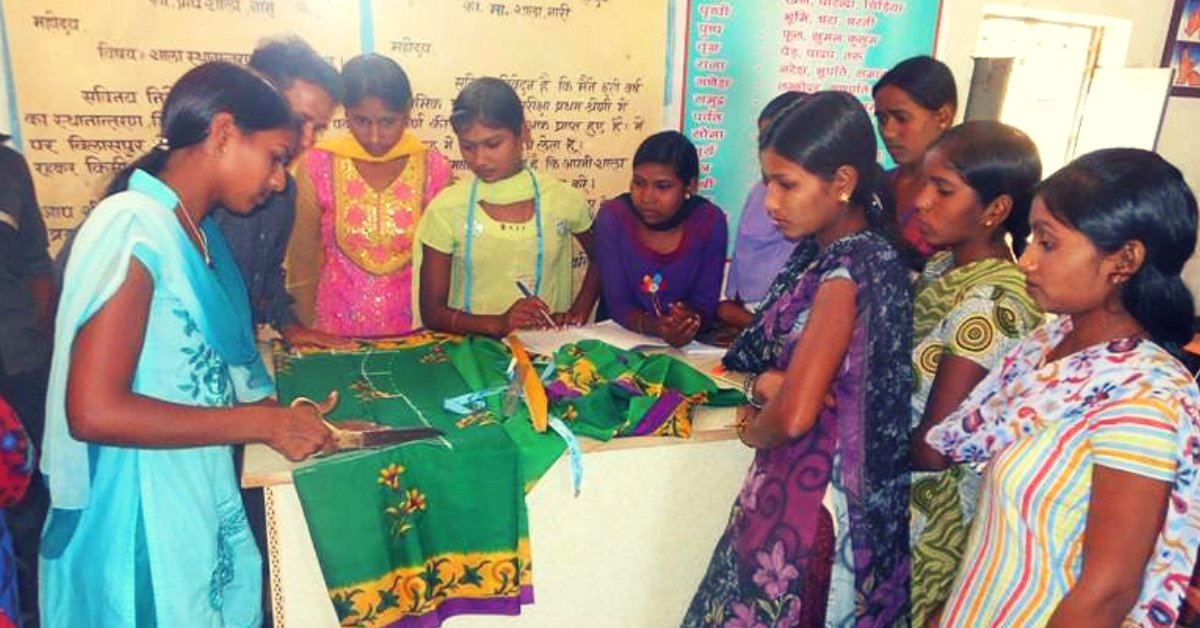 The state has been amongst the foremost ones in the country to give a functional framework to the skilling sector and institute a revolutionary law that placed skilling as a fundamental right for all youth.

Mechanics, plumbers and electricians—these are the unsung handymen from our day-to-day life, without whose services our lives would be very difficult. While our dependence on these folks end with their services, have you ever wondered how they learned these necessary skills in the first place?

An arena that wasn’t heavily tapped into until recently, skill development initiatives in India are being aggressively pushed into the mainstream, with the holistic vision of aiding the country’s transition to a knowledge-based economy through the creation of a professional skilled workforce.

Interestingly, Chhattisgarh has been amongst the foremost states in the country to give a functional framework to this sector and institute a revolutionary law that placed skilling as a fundamental right for all youth. The ‘Chhattisgarh Right of Youth to Skill Development Act’ in 2013 made Chhattisgarh the first and only state in India to make ‘Right to Skill’ a fundamental provision while making it the liability of the state to equip any person between the age of 14 to 45 years with free professional skill training across different sectors to increase their employability and enhance their livelihoods.

The Chhattisgarh State Skill Development Authority (CSSDA), a dedicated department for the same, was instituted in the same year, and staffed with officials at every possible level to make this project a reality.

Along with the urban unemployed, marginalised tribal populations living in remote areas are the department’s primary focus, to reduce job-centric migrations and keep the potential workforce well within their local areas through professional skill training and dignified employment.

About 804 courses have been identified by the authorities, distributed across 109 categories, including areas like information technology, electronics, retail, textile, fashion design, banking and accounting, medical and nursing, sericulture, masonry, and poultry farming to name a few. Each of these courses have a training period of three to six months.

While all of the 804 courses are listed under the Modular Employable Skills (MES) of the centre’s Skill Development Initiative Scheme (SDIS), about 221 of these have been upgraded to meet the standards of National Skills Qualifications Framework (NSQF) recently.

And to ensure that these courses have a wide reach, applicants are required to only have studied up to standard 8 to be eligible. A major start was the establishment of ‘Livelihood Colleges’. The state has 27 such institutions—one in every district, where residential training is imparted by government screened Vocational Training Providers (VTPs). These trainers require to have certain infrastructural and equipment standards for selection and teach identified trainees optimally through curriculums chalked down by CSSDA.

The intention behind placing such strict guidelines for VTPs is to ensure that the youth are not just skilled to increase their employability, but more importantly, they are provided with quality training.

Alongside these livelihood colleges, there are also private institutes working in tandem with the state, which together have a workforce of 2,600 registered VTPs.

Since the scheme’s rolling out in 2013, a total of 6,72,738 beneficiaries have registered with this programme, of whom 61 per cent have received certification in their respective area of skill training and about 31 per cent have been placed so far.

What makes this initiative a pioneering effort by Chhattisgarh is how the scheme has managed to penetrate Left-Wing Extremism affected regions and uplift poverty-stricken tribal communities, who otherwise were left with few options other than underpaid manual labour at construction sites.

A shining example can be that of Jashpur district, which is now emerging as the ‘skill hub’ of Chhattisgarh. The community turning a new leaf is the Pahadi Korwas, who are categorised under the Particularly Vulnerable Tribal Groups (PVTG) of India.

Once engaged in agricultural labour and household work, the youngsters from these areas are now working in sectors that were previously incomprehensible for tribal folks. Earning between ₹15,000 to 20,000 per month, these youngsters are now being employed as security guards and firefighters in tier 1 cities, thanks to the state-driven skill development programme.

A special credit for this transformation goes to district collector Dr Priyanka Shukla, whose persistent efforts paved way for over 10,000 youngsters from the region to be professionally skilled.

Jhimmini Bai is amongst the beneficiaries who found remarkable change after being trained and employed in a cashew-processing unit in Jashpur.

“Before signing up for the skill programme, we were limited to within our households and collecting firewood. Following a training period of 15 days, I was employed by this processing unit six months back. From grading the cashews to the final packaging, we have been trained well to oversee all of these processes quite efficiently. Following our employment, things have changed for sure. From family members to our community, we are now viewed with respect and with a steady flow of income, we feel quite independent and empowered today,” she says happily.

Jhimmini Bai’s story is amongst thousands of people who have found their lives change with the skilling programme spearheaded by Chhattisgarh government, taking care of unemployment as well as internal workforce deficit in one shot.

While other states are still catching up with their skill development initiatives, they can take a cue from the Chhattisgarh model and pave way for a professional skilled workforce under its own jurisdiction.

Assured employment within a reasonable distance of your home, within your own state, has long been a distant dream for many hopeful youth in the country. But at least in Chhattisgarh, thanks to the state’s pioneering initiative of treating skill as a fundamental right, this ‘distant dream’ is a heartening reality.

You may also like: Scripting a Saga Of Its Own: How Chhattisgarh is Blazing a Trail With Innovative Policies!

So a young man or woman in Chhattisgarh need no longer depend on manual labour or migration. Instead, they can now choose the area they wish to be trained in and step out in the world as skilled professionals. A true step forward indeed.