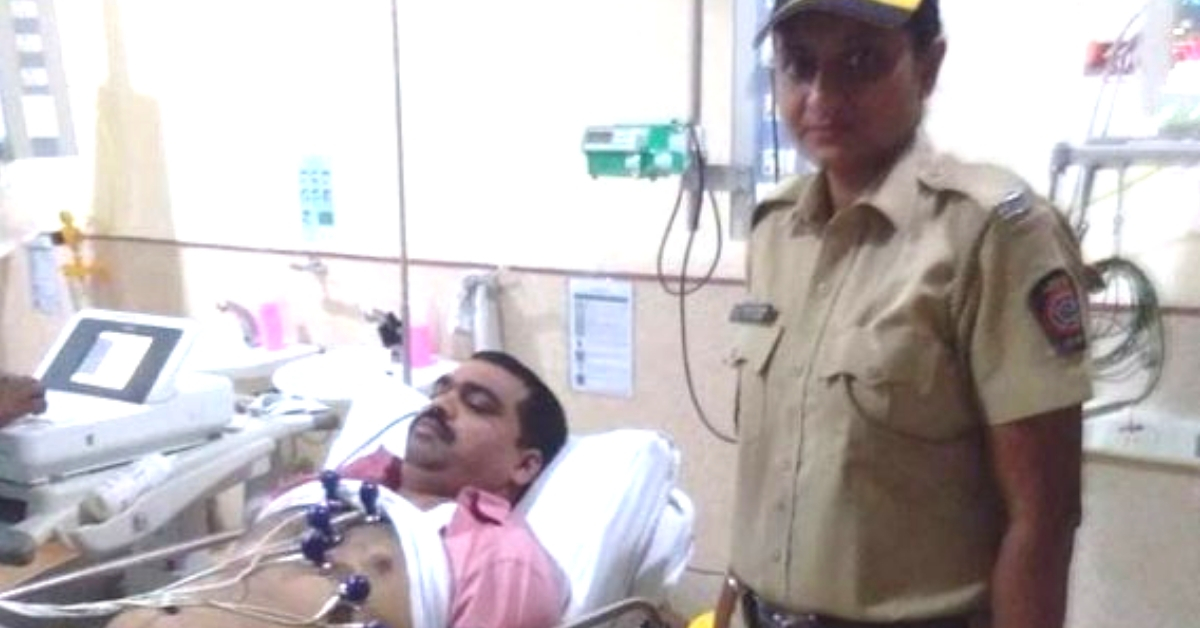 “Police constable Vispute is a saviour. We need more such police personnel in the force. The bravery and calmness she displayed under such tense circumstances was outstanding.”

On October 10, Mumbai Police constable Manisha Vispute, who is attached to the Kherwadi police station, was on her way back from patrolling duty near the Bandra-bound Western express highway after pulling an all-nighter, when she came across a man sitting on the pavement.

His motorcycle was parked on the side, and the man, who was sweating profusely, complained of severe chest pain.

On further inquiry, Manisha found out that he was Constable Kiran Sangle, and was attached with the Aarey Colony police station in Goregaon. With assistance from her senior, Constable Nikam, Manisha took her suffering colleague into a police mobile van and drove straight to the Seven Hills Hospital at Marol.

Thankfully, the constables reached the hospital in 15 minutes and thanks to immediate medical attention, the doctors were able to save Constable Sangle’s life in the nick of time.

“Woman police constable Manisha Vispute, was behind the wheel when the incident happened. The constable on duty spotted a two-wheeler rider, who was sitting on the road and was suffering from severe chest pain. They immediately rushed to him and took him to hospital. Both the constables showed the presence of mind and saved a life,” said Senior Police Inspector Rajendra Patil of the Kherwadi Police Station, to this medical publication.

Speaking to the Free Press Journal, a senior police official from the Aarey Colony police station said, “Police constable Vispute was a saviour, and we need more such police in the force. The bravery and calmness she displayed in such a tensed situation was outstanding.”

Also Read: 5 Great Instances of Mumbai Police Going Above and Beyond in 2017

While Sangle’s family have thanked the duo profusely for saving his life, his isn’t the first time Constable Vispute has gone beyond the call of duty to save someone. The only difference this time, is that it was one cop saving another’s life.