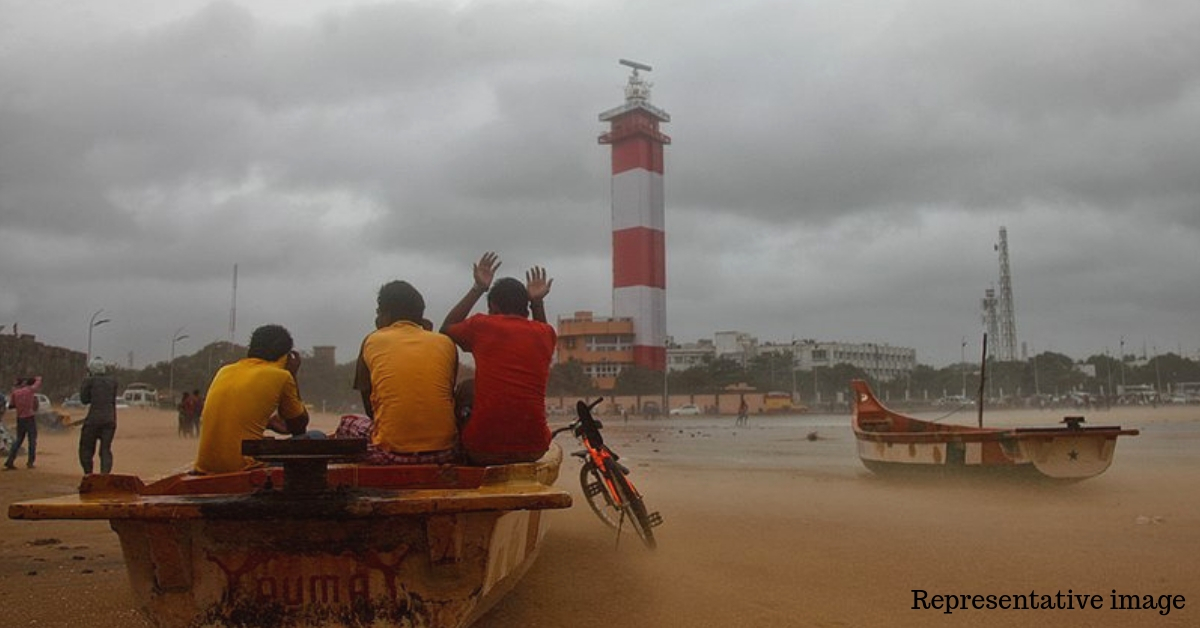 “A storm surge of the height of about 1.0 meter above astronomical tide is very likely to inundate low lying areas of Srikakulam district of Andhra Pradesh; Ganjam, Khurda and Puri districts of Odisha at the time of landfall.”

The Titli cyclone over the Bay of Bengal has intensified and is likely to hit the Odisha-Andhra Pradesh coast tomorrow around 5.30 am, as per the Indian Meteorological Department (IMD). The states have been issued a “very severe” warning for the cyclone which is likely to hit coasts between Gopalpur in Odisha and Kalingapatnam in Andhra Pradesh.

As per a bulletin issued by the IMD, “Titli moved with a speed of about ten kmph and intensified into a severe cyclonic storm and lay centred over the west-central Bay of Bengal, about 370 km south-southeast of Gopalpur in Odisha.”

The Ganjam district in the state has already started evacuating people from the town of Gopalpur.

“A storm surge of the height of about 1.0 meter above astronomical tide is very likely to inundate low lying areas of Srikakulam district of Andhra Pradesh; Ganjam, Khurda and Puri districts of Odisha at the time of landfall,” warns the National Disaster Management Authority (NDMA).

In light of the looming disaster that Titli is likely to bring Odisha, the NDMA has enlisted some critical Do’s and Don’ts. You can read them here.

What to do before the cyclone:

1. Keep your phones and power banks fully charged. The cyclone could result in a power loss in your area, and you do not want to stay stuck without your phone. As far as possible, avoid using the internet on your phone so that you can preserve your battery.

2. Make sure all your important documents, papers and valuables are safe in well-sealed plastic bags and containers.

3. Prepare an emergency kit which is packed with dry food, water bottles, a first-aid kit, torch, toiletries etc. Also, keep rubber footwear handy since they work well in wet patches and even in case of loose electric wires.

4. Keep yourself updated and listen to news on the radio, TV and internet while you have electricity.

5. Carry out repairs in your house well in advance and don’t leave any sharp objects lying around. In case your house is under repair, and the work cannot be finished before the storm, move to some other place till it subsides.

What to do during and after the cyclone:

1. Switch off electrical mains and the gas supply.

2. Keep your doors and windows shut. Take special care of glass windows because strong winds have a chance of shattering them.

3. Drink only chlorinated or boiled water.

4. Do not believe in rumours. Only refer to official warnings by reliable sources.

5. If you are outdoors when the cyclone or heavy rainfall strikes, ensure that you take shelter in undamaged buildings. Beware of broken poles, trees and wires. Please stay away from them.

You may also like: #IAmOdisha: 7 Everyday Odia Inspirations We Should All Celebrate

The NDMA also advised fisherfolk to be prepared with an extra set of batteries for their radios and tie up their boats securely. They strongly warned them against venturing out to the sea and even asked the general public to refrain from visiting the beaches.