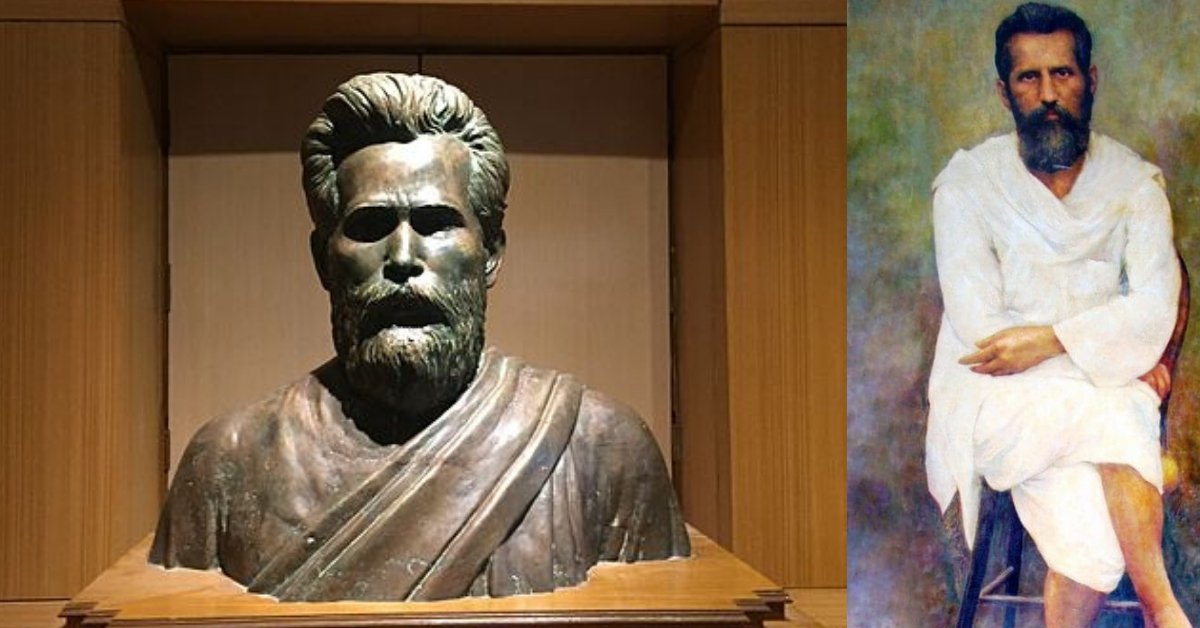 During the freedom struggle, he was jailed plenty of times. Netaji Subhash Chandra Bose referred to Gopabandhu as the ‘father of national movement in Odisha’.

Just like the birthday of the father of the nation calls for Gandhi Jayanti, today marks ‘Gopabandhu Jayanti’ for the state of Odisha. Today, we celebrate his 141st birth anniversary.

This is a small tribute to the freedom fighter who earned the crown of ‘Utkalamani’ (meaning Jewel of Utkal or Odisha) for his tremendous contribution as a social worker, reformer, political activist, journalist, poet and essayist.

Gopabandhu Das was born on October 9, 1877, in Suando village in erstwhile Puri, Odisha, to mother, Swarnamayee Devi and father Daitari Das, the mukhtiar or the head of the village.

Even though they were well-off, Das was married off to Apti at the tender age of twelve. As a school kid, his teacher Mukhtiar Ramchandra Das, a nationalist and a champion of the people in distress, majorly influenced him.

When the authorities failed to rush to the aid of ailing people during a cholera outbreak in the village, Gopabandhu started a voluntary group called Puri Seva Samiti. The volunteers helped those suffering from the outbreak and also conducted final rites of those who were robbed of their lives by the epidemic.

As a student at Ravenshaw College in Cuttack, he wrote for local literary magazines like Indradhanu and Bijuli. His views such as widow remarriage and women’s education were radical for his time. He once submitted a satirical poem that so enraged the Inspector of Schools that Das was punished when he refused to apologise for it.

It was during his stint at Ravenshaw that he started a discussion group, Kartavya Bodhini Samiti (Duty Awakening Society), where his group of friends discussed and acted towards social, economic and political issues.

His dedication to social work had its repercussions, which included failing his BA degree examination the first time. He cleared it in the second attempt.

When his newborn son died, he was providing relief to flood victims. When asked why he chose helping others over staying by his own son, he said, “There are so many to look after my son. What more can I do? But there are so many people crying for help in the affected areas and it is my duty to go there. Lord Jagannath is here to take care of the boy.”

He then moved on to study MA and LLB at the Calcutta University. But even then, he did not lose sight of his social work, where he worked for the education of the Odiya people living in the city by opening night schools for them.

The schools he established in Sakhigopala, known as Satyabadi Bakul Bana Bidyalaya, operated by the gurukul tradition. The idea was to impart liberal education on a non-sectarian basis, despite opposition from orthodox Brahmins. He believed education was necessary if people were to become aware of their innate freedom and their duty to their country. Apart from residential schooling, he emphasised on inculcating patriotism among students through education and teaching them the importance of service to mankind.

When caste-based oppression became rampant, his gurukul system allowed children of all castes and backgrounds to sit, dine and study together.

The gurukul system was converted into a high school and even secured affiliation from Calcutta University to hold its first matriculation exam in 1914. It also got affiliated with Patna University in 1917 and became a National School in 1921.

But the existence of the school was short-lived as it struggled with finances, and finally shut down in 1926.

Read More: His Experiments with Food: The Fascinating History Behind Bapu’s Diet Plans!

On the day he cleared his LLB, his wife died. After this, he decided to dedicate his life to the welfare of the people. He even gave up the care of his two daughters to an older brother, along with his share of property in Suando.

His political career began when he joined the Utkal Sammilani in 1903.
During one of the meetings, he voiced his opposition to Madhusudan Das’ suggestion that Odiya-speaking areas be amalgamated with the Bengal Presidency.

When he was elected to the Legislative Council in 1917, his work concentrated on four themes:

First was the administrative amalgamation into a single entity of the Odiya-speaking regions of the Bengal Province, Central Province, Madras Presidency and Bihar and Orissa Province.

Second was the eradication of famine and flood in Odisha, third was the restoration of the region’s right to manufacture salt without incurring excise duty and lastly, the expansion of education on a model similar to the one he established at the Satyabadi School.

He stopped being a member of the Legislative Council in 1919 and joined the Indian National Congress after the members of the Sammilani joined the Non-Cooperation Movement in 1920.

He attended meetings of the All India Congress Committee at Calcutta and Nagpur to persuade Mahatma Gandhi to adopt the Utkal Sammilani’s primary goal of organising states based on language.

He served as the first president of the Utkal Pradesh Congress Committee in 1920, holding the post until 1928. He got Gandhi to visit Odisha in 1921 to inspire people to join the non-cooperation movement.

During the freedom struggle, he was jailed plenty of times. Netaji Subhash Chandra Bose referred to Gopabandhu as the ‘father of national movement in Odisha’.

The power of the pen

He used journalism as a means of showing a mirror to society. He ran a monthly magazine called Satyabadi from 1913 to 1915 from the campus of his school. He wrote several poems during the period.

He believed that journalism could serve as a medium of educating the masses often neglected by the society due to illiteracy.

He edited Asha, a newspaper published in Berhampur. But the stint was short-lived as he found it restrictive. In 1919, he started a weekly newspaper The Samaja, based at the school campus. It became a daily in 1927 and eventually, a significant media presence for Indian nationalists. The style of writing was maintained simplistically for the masses.

He also joined the Lok Sevak Mandal (Servants of the People Society) after meeting Lala Lajpat Rai at a session of Congress in 1920. He even served as its All India Vice-President in April 1928. He edited the society’s newspaper which promoted the work of the Indian National Congress, despite operating independently. Das served as its editor until he died on 17 June 1928.

Summarising the role of this ‘father of the freedom struggle in Odisha’, who seems to have gotten lost in the pages of history, Brahmananda Satapathy, a professor of political science, says, “His crusade against untouchability, advocacy of widow remarriage, campaign for literacy, new model of education, stress on both rights and duties, emphasis on women education, particularly vocational training and above all, a deep commitment and compassion for poor and destitutes have immortalised him in Orissa and India.”